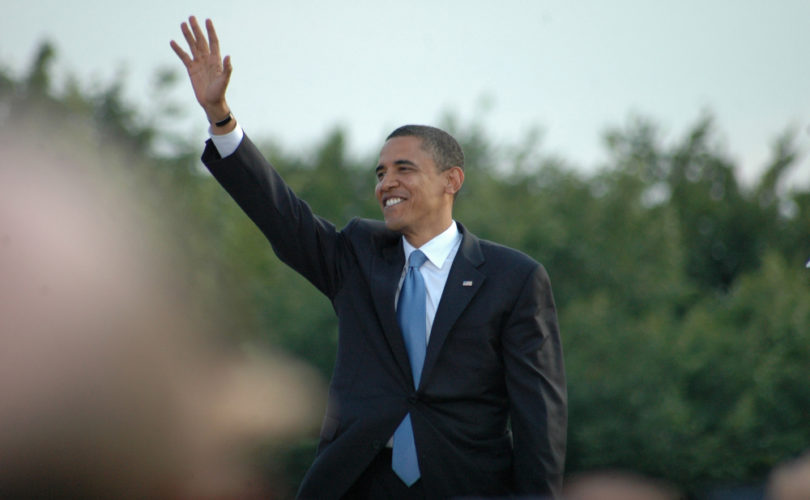 WASHINGTON, D.C., July 30, 2015 (C-Fam) – In advance of President Barack Obama’s visit to Kenya, the dissident abortion group Catholics for Choice, bought a billboard with the message for Obama to strike down the U.S. law that forbids taxpayer money paying for abortions overseas.

The Kenyan government took down the billboard, though the group also bought full-page ads in the Kenyan newspapers.

In trying to end this policy, Catholics for Choice and other pro-abortion groups make claims about the law and its impact that are questionable at best.

In a press release issued in June, Catholics for Choice cast the issue as a matter of conscience, “Catholics believe our laws and policies should support and safeguard a woman’s conscience. They should enable her to exercise her conscience no matter where she lives, how much money she has in her pocket or where she receives care.”

It should be noted that Catholics for Choice and other pro-abortion groups oppose conscience rights for medical personnel who object to the abortion procedure.

The release goes on to assert that the Helm’s Amendment “serves as a complete ban on support for any abortion care or counseling on options for a pregnancy.”

The Helm’s Amendment has been consistent U.S. law since 1973, the same year Roe V. Wade imposed abortion on demand on the United States, and giving the U.S. among the most radical abortion laws in the world. One consistent aspect to the abortion debate in America is that Americans do not want their money going to pay for abortions. If someone wants an abortion, she ought to pay for it herself, is the thinking. The Helms Amendment codified this in foreign policy.

At the time it was passed, Senator Jesse Helms made it clear the law referred strictly to abortion and not to family planning, a claim now commonly made by Catholics for Choice and other abortion groups. The reference in the group’s press release to “counseling on options for a pregnancy” is a reference to the use of contraceptives. The Helms Amendment is silent on contraception and always has been.

Catholics for Choice, the Global Center for Justice and likeminded groups insist Obama could change the law with a stroke of a pen and, for instance, allow for U.S. funding of abortions in conflict areas, even where abortion is against the law. Jon O’Brien, president of Catholics for Choice, a group repeatedly condemned by bishops around the world, said he and his allies have met repeatedly with White House personnel on this issue, all to no avail.