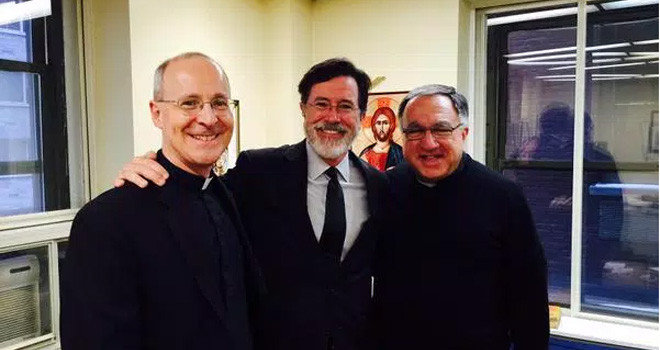 This article was originally published Oct. 16 on the Crisis Magazine website

November 2, 2015 (CrisisMagazine) — Kim Davis is an innocent victim both of cowardice of churchmen and the smug eagerness of certain priests to put her in her place.

First, a few largely uncontested facts: it was Vatican personnel who invited Davis to meet the pope in Washington DC. Neither Kim Davis nor anyone connected to her requested the meeting.

What’s more, Kim Davis met privately with the pope. Whether you call it an audience or an encounter or any other thing, it took place in private. To put an even finer point on it, she was not on a rope line to shake his passing hand, neither was she in a line of people to meet him one by one.

Lastly, while Vatican personnel wanted the meeting to be private, Davis was told at the meeting, the secrecy of the meeting was to last only until the pope left the country.

After the news of the meeting broke the gay mafia inside and outside the Church went berserk. It was remarkable to them that the pope would meet with someone so unclean as Kim Davis, her of the countrified hair, clothes and accent: Davis of the bigoted views. Certainly, they thought, our who-am-I-to-judge pontiff would never support someone so odiferous. Impossible!

Within hours Vatican spokesman Federico Lombardi S.J. issued a highly nuanced do-se-do. He said the pope did not discuss the particulars of her case. Fine, Davis never claimed that he did. Lombardi said the pope did not necessarily support her position in all its particulars and complexities. Fine, no one would expect him to. Lombardi said there were dozens of people in the Nunciature at that time waiting to bid the pope farewell. Sort of fine. While he did not put her among them, the press dutifully inferred she was not alone but among the throng.

While Lombardi’s statement was regrettable, while misleading, none of it was inaccurate. However, other unidentified voices came forward from within the Church bureaucracy. One said the pope was ambushed. Yet another anonymous brave heart said there was “regret” in the Holy See that the encounter took place. One single person connected to the Holy See cozied up to his media friend and together they made it sound like the entire College of Cardinals had pronounced on the Kim Davis visit.

And then a priest named Thomas Rosica pronounced for the pope. Rosica, who is English language spokesman for the Vatican Press Office, promptly went way out over his skis. Where his boss Lombardi said a few dozen people were in the Nunciature that day, Rosica actually put Davis among them. This is either a deliberate falsehood or Rosica was misinformed or he was simply overeager in his desire to put Davis in her place. In his most revealing utterance, Rosica referred to her as “this person.” Did he think uttering her name would make him unclean?

Rosica has a long record of warring with those he disagrees. A few months ago he tried to bully a Canadian blogger who had criticized him. Through high-priced lawyers Rosica threatened the blogger with a costly lawsuit. When a Canadian priest sued LifeSite News for reporting—accurately—that he was pro-abortion, Rosica cheered on the suit.

Rosica was not the only priest eager to stomp on Kim Davis.

Even before the controversial meeting, professional wit James Martin S.J. tweeted something about her hypocrisy in allowing for certificates of divorce through her office. He said her opposition to same-sex “marriage” rang hollow since Jesus was explicit on divorce.

When the pope’s visit with Davis was announced, he published one of those oh-so-thoughtful chin-scratching shivs between the ribs. He said the Pope’s meeting with actor Mark Wahlberg didn’t mean he endorsed the movie “Ted.” Clever and endlessly quoted but quite false because the pope actually does endorse Davis’s “Ted,” that is, he supports conscientious objection to gay marriage by government officials.

And then Martin tweeted his endorsement of a Daily Beast hit-piece on Davis’s lawyers that repeats the vicious slander that they are a “hate group” not unlike the Aryan Brotherhood. Martin should know that his Church holds the same views on homosexuality that landed Davis’s lawyers on the Southern Poverty Law Center hate list.

How is it that churchmen in general and these two celebrity priests in particular are so enamored of the 1.6 percent who are same-sex attracted and that they would so eagerly and even gleefully insult millions of Christians who are scandalized by the manhandling of a good woman by Catholic priests? It beggars belief, except when you consider the gay mafia. I am not suggesting or even remotely implying that either Martin or Rosica are gay, but they do seem to be abundantly sympathetic to the cause.

In the slow-motion car-wreck of a Synod now going on, Rosica promotes the gay narrative. For instance, he seems to be exaggerating the talk of homosexuality among the Synod fathers. Archbishop Chaput said it’s hardly been mentioned.

Martin did a victory dance when the leader of a condemned gay group was not only given journalist’s credentials to the Synod but he even got to ask a question. When challenged on Twitter, Martin insisted that the condemned New Way’s Ministry “does good work.” Encouraging people in their damnable behavior is always such “good work.”

When Lombardi stepped the pope back from the meeting with Kim Davis, I was disheartened. I frequently find that the closer I get to the hierarchical church the more I am discouraged and the more my faith is challenged. And the grubby interventions of Rosica and Martin only make matters worse.

The Pope of Mercy would never approve of anything said on these matters by Fathers Rosica or Martin. I believe they are singing from someone else’s songbook and not his. In fact, I believe that the things said by these men would scandalize Francis as they scandalize the faithful.

No, it was not the pope’s signature Fiat that flattened Kim Davis. It was certain grasping celebrity-priests who ran her down and even now thoughtfully chuckle while she lies sprawled in their rear-view mirror.

Pope’s meeting with Kim Davis may have been his most important. Why the secrecy?