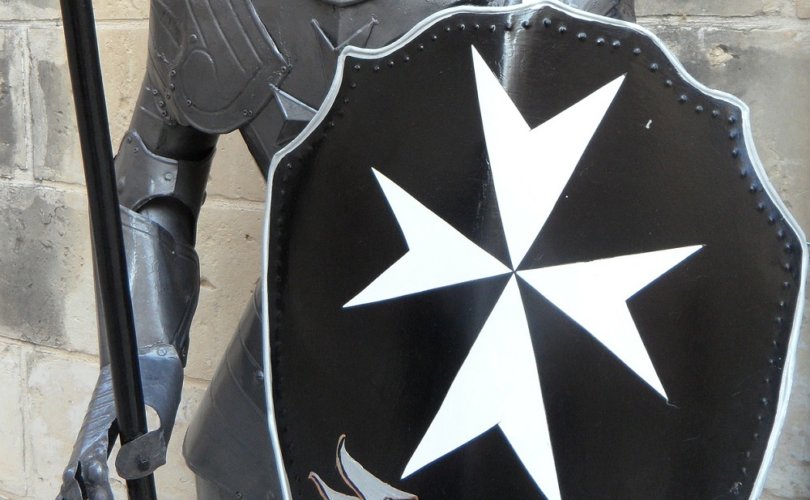 October 5, 2018 (The Catholic Thing) – This Sunday will be October 7, the feast of Our Lady of the Rosary and – not coincidentally – the anniversary of the Battle of Lepanto. It will be a good day to re-read Chesterton's magnificent Lepanto, and a good day to recall the role that the Knights of Malta played in that epic battle, defending Christian civilization against her enemies.

Today the venerable Order of Malta takes a different attitude toward great battles. Peter J. Kelly, the president of the Order of Malta in America, has written to members, instructing them not to become involved in debates over the sex-abuse scandal in the Catholic Church. Kelly wrote that “official participation of members in the public debate regarding the aforementioned issues – beyond condemning abuse in general – is not helpful and could interfere with our work.”

Well it's nice to know that stalwart Knights are still allowed to make general statements against abuse. But why would it be inappropriate for them to take part in the current debate, which is a battle for the integrity of the Church? Is the Order that once dared to face the Sultan's ships now afraid of public controversy? And if lay members exercise their right to speak about current issues facing the Church, how would that interfere with the work of the Order?

The Order of Malta today is a charitable organization, which provides an enormous amount of help for the needy, provided by its wealthy members. Would the victims of earthquakes, floods, and epidemics decline to accept relief from an organization whose members criticized the cover-up of abuse? I doubt it. Would some Knights refuse to contribute because other members of the Order made controversial statements? Again it seems unlikely. The Knights are a disparate group, representing a broad range of political opinions, united only by their Catholic faith and their commitment to good works.

So again, how would a bit of open discussion about the abuse issue interfere with the Order's work? To answer that question, maybe we should travel back 18 months or so, to look once again at the Vatican takeover of the Order. Or perhaps the answer can be found in a more recent story, from April of this year, when the Knights were warned that public criticism of Pope Francis was not allowed.