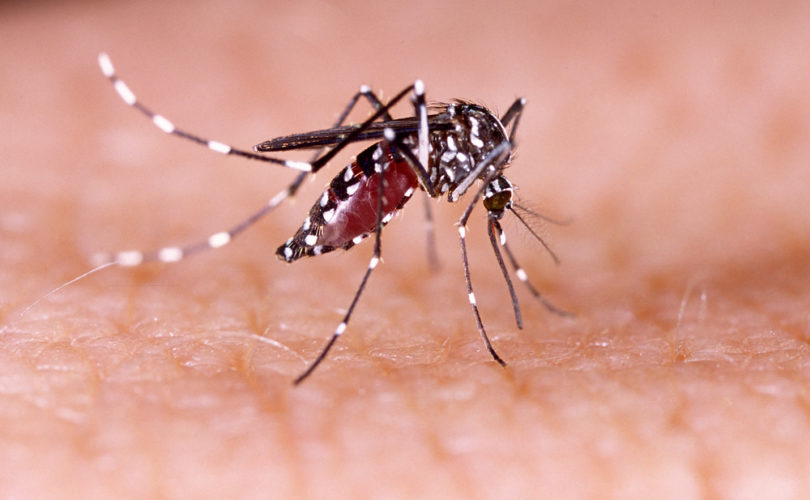 February 2, 2016 (LifeSiteNews) – The forces of death and misery of the pro-abortion industry are at it again, and they are doing their best to use a troubling item in the news to scare and intimidate strongly pro-woman and pro-child Latin American countries into loosening restrictions on abortion. The Zika virus scare is the tool du jour. In an interview on NPR’s “All Things Considered” published on January 30, 2016, reporter Lourdes Garcia-Navarro interviewed staff of a fertility clinic and abortion activists who decried the slowing down of in vitro fertilizations as women were afraid to become pregnant lest their child be born with birth defects and disabilities due to the Zika virus.

“The pro-abortion movement hasn't been able to get much traction on the issue, and they're hoping the debate around the suspected cases of Zika-related microcephaly will change that. Debora Diniz is a law professor and activist. She and other pro-abortion groups are going to petition the Brazilian Supreme Court,” recounts Garcia-Valls.

Never mind the facts.  Any and all excuses are valid in the minds of the pro-abortion activists to push for their desired end, free and unencumbered abortion rights.

But, what are the facts? Is Zika, actually, a hideous virus that threatens to spread uncontrollably across the world creating an army of disabled children with tiny heads and low IQ’s? Or might this be a willful misinterpretation of the scarce data to manipulate public opinion and legislatures?

According to the CDC and the WHO,  Zika is a mild virus that spreads exclusively through the bite of a specific variety of mosquito, the Aedes Aegypti. This insect is found in tropical climates and is rare in the United States, existing only in some areas of Southern Texas and Southern Florida. It is not transmitted from human to human except through a blood transfusion. It is possible that it may be transmitted sexually although the data regarding this mode of transition is scarce.

According to the WHO, “it causes mild fever and rash. Other symptoms include muscle pain, joint pain, headache, pain behind the eyes and conjunctivitis. Zika virus disease is usually mild, with symptoms lasting only a few days. ”

Many people, never even realize they have it. There are nearly no deaths associated with it, and the disease cannot brought into the colder climates by humans who are infected by the virus while travelling in affected countries.

Contrast the troubling, yet unproven, effect of the Zika virus on unborn children and the very mild effects of upon the pregnant mothers with the well documented lethal effects of the seasonal flu and it becomes very clear that the publicity surrounding this story has a very little to do with medicine and a lot to do with a convenient crisis that is being used by those pushing for the legalization of abortion around the world.

The CDC goes on to recommend that women who may be pregnant not travel in areas where there are known outbreaks of Zika, and that if they do, they take reasonable precautions such as wearing bug spray and light-colored, long-sleeved clothing.

The reasoned and calm directives from the CDC contrast sharply with the hysteria being fostered by the abortion industry lobbyists and their media accomplices… but that is not surprising.