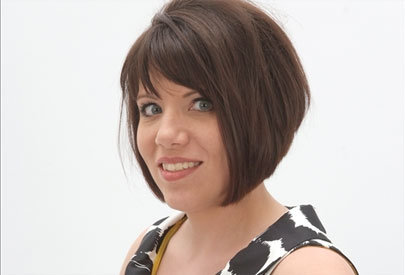 Septemner 10, 2015 (NewsBusters) — The Los Angeles Times apparently doesn't think “women who were born during botched abortions in the 1970s” are abortion “survivors,” as a Wednesday article about two such women featured a title that put the term in scare quotes: “Abortion 'survivors' criticize Planned Parenthood on Capitol Hill.” Marcus E. Howard led the item by hyping that “House Republicans on Wednesday fueled an already emotional and partisan debate by hearing testimony” from Gianna Jessen and Melissa Ohden, who “survived failed saline-infusion abortion attempts.”

Howard noted that Jessen was “left with cerebral palsy due to a lack of oxygen during her mother's attempt to terminate the pregnancy” – a vague way of describing the fact that the woman's mother tried to kill her in utero. The journalist reported that the abortion survivor asked during her congressional testimony, “If abortion is about women's rights, then what were mine?” He continued with a quote from Ohden: “I'm here today to share a story not only to highlight the war of abortion taking place at Planned Parenthood, but to give a voice to other survivors like me.”

The LA Times reporter later disclosed that “in stark terms, Ohden recounted the abortion procedure her mother underwent when she weighed less than three pounds. Doctors told her parents she had little chance of recovering from health-related side effects, she said.”

Howard placed the quotes from Jessen and Ohden in the first three paragraphs of his article. However, he later set aside five straight paragraphs to quotes from Planned Parenthood officials and their supporters inside and outside of Congress:

“These hearings are not really hearings, they are political theater oriented toward taking away the right for women to access abortion in this country,” Dawn Laguens, executive vice president of Planned Parenthood, said in an interview. “There was no evidence of any wrongdoing by Planned Parenthood.”

Michigan Democratic Rep. John Conyers Jr., the committee's ranking minority member, called the hearing one-sided. His Democratic colleague Rep. Hank Johnson of Georgia described it as a “show trial,” while another, Rep. Steve Cohen of Tennessee, went further and labeled it the “Benghazi of healthcare hearings.”

Conyers also criticized the Center for Medical Progress for not testifying at the hearing. Planned Parenthood was not invited to counter the allegations against it. “There is no credible evidence that Planned Parenthood violated the law,” he said.

The only person who testified in support of Planned Parenthood, Priscilla Smith, director of the Program for the Study of Reproductive Justice at the Information Society Project at the Yale Law School, agreed.

The Center for Medical Progress's videos have “no evidentiary value,” said Smith, who testified in a personal capacity and not on behalf of Yale.

The L.A. Times journalist did conclude his article with two quotes from House Judiciary Committee Chairman, Robert W. Goodlatte, a Republican congressman from Virginia who led the abortion hearing.