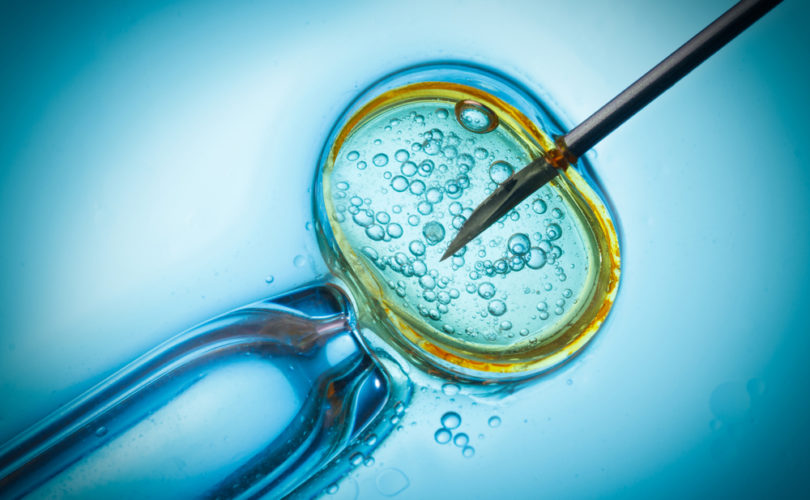 When you think of the word “donor,” what comes to mind?  As someone who fundraises for a non-profit, I think of the generous souls who sacrificially donate their money to help a cause like CCBR. Perhaps someone who works for Canadian Blood Services would think of the many individuals who take time out of their busy lives to have 450ml of blood taken from them, waiting 56 days before their red blood cells are replaced.  Perhaps those who jingle bells at Christmas for the Salvation Army think of the passersby who drop their coins and bills into donation bins.

I think it’s safe to say when people hear the word “donor” they think of someone who gives—not someone who gets.  That’s why I find it increasingly frustrating when news coverage about people who opt for assisted reproductive technologies refers to “egg donors” or “sperm donors.”  No, those people are not “donors.”  They are sellers.

Even in Canada where it’s illegal to pay for eggs, people flout that law, as did a woman who received $5,000 for 24 of her eggs. Had that woman been a tall and slender Harvard graduate with blonde hair and high cheekbones, she could get up to $50,000 to be an egg seller. Sperm sellers don’t get nearly as much (although one site offers $1,000/month), but they sell at a higher frequency.  The point is this: we are not talking about people donating.  We are talking about people involved in a business transaction—one sells, the other buys, and money changes hands.  We have got to throw out the word “donor” and start accurately describing the commodification of the creation of human beings (who ought to be begotten, not made).

Language matters, and words like “donor” are not only inaccurate, but create in peoples’ minds the positive idea of a gift.  But when you go to a store and hand over money to a company for the new outfit they sold you, you don’t say to your friends, “Look at the birthday present The Bay gave me,” because The Bay didn’t give you a birthday present.  It got something from you and gave you something in return.  That’s selling, not donating.

When I was interviewed on CBC’s The Current, guest host Matt Galloway said to me, “You’re being very deliberate in the language that you’re using though, you would admit to that.”

Indeed I would admit to that.  Language matters in all areas of the pro-life debate, whether we’re talking about making life (using new reproductive technologies) or ending life (via abortion or even those same reproductive technologies).  As pro-lifers we should continually be reflecting on this question: “Is my language accurately reflecting the subject matter and eliciting a response in listeners that is appropriate for what’s being discussed?”

For example, the idea of abortion should horrify people, but to a good majority, mention of the word elicits no such response.  What does abortion do?  It dismembers, decapitates, and disembowels the body of a tiny human.  That’s accurate language that rightly elicits horror in peoples’ minds more than the word “abortion” alone does.

Or take our reference to she, or he, who is growing in a mother’s womb.  How often do we say “unborn” when in every other age category, we don’t refer to individuals as an “un” (you’re a pre-teen not an unteen).  Even better, is to call pre-borns the youngest of our kind, which focuses on their vulnerability and how the difference between them and us simply boils down to one insignificant factor: age.

Or consider images of abortion, often described as “graphic,” which can elicit a negative response in people, who then focus on the packaging of a message rather than the point of the message.  Instead, we should transition to Dr. Monica Miller’s language of “abortion victim photography.”  That phraseology focuses on the content of the message—who is in the image, that it is their story, and that they are the victims.

Or take euthanasia, the latest brought to you by the Culture of Death.  The word “euthanasia” does nothing to capture in peoples’ mind an act that abandons and betrays the weak, sick, and disabled among us. Instead of alleviating suffering, our society is eliminating sufferers.  Euthanasia is more aptly described as elder execution or assassinating the vulnerable.

Is changing from egg donor to egg seller, unborn to pre-born (or the youngest of our kind), graphic imagery to abortion victim photography, or euthanasia to elder execution an easy switch?  Initially no, but once you get the hang of it, it becomes second nature.

It is imperative the pro-life movement not be stagnant in its language but, instead, be seeking ways to improve—and that means embracing change in what we say.  As speaker and author Matthew Kelly wisely points out, people do love change, they just don’t like transition.  And yet, he says, “if you want to excel in your organization, begin to study transition,” because the most successfully companies and people do that—they’re continually transitioning, as we should be with our language.