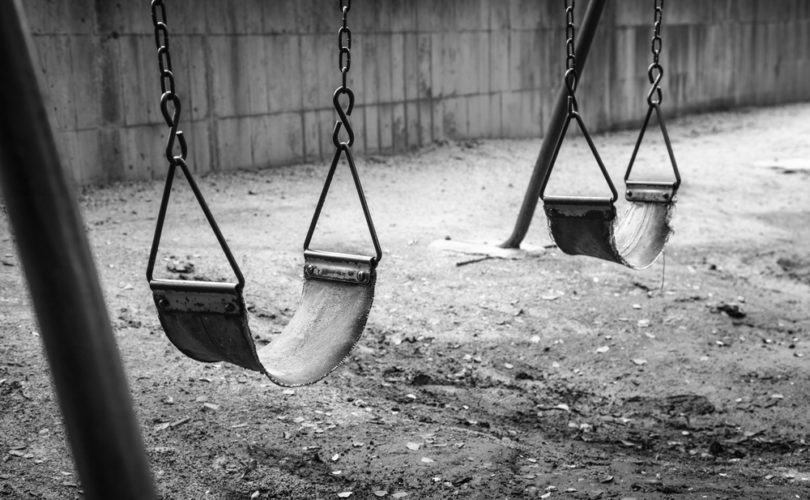 March 22, 2018 (Center for Garden State Families) – Many years ago, back on June 6, 1956, the townspeople of Minoa, NY gathered together in the high school auditorium in what was described by event emcee and WFPL radio personality Bill Tharp as the “largest gathering he's ever seen in the town”. The event was to honor Frank Maxwell on his retirement as a teacher and principal.

Through meticulous planning and research, a “This is your Life – Frank Maxwell” program was presented with scenes of Mr. Maxwell's life and testimonials from notable guests consisting of family, friends, colleagues, and former students, all providing their fondest memories. The entire town pitched in to buy Mr. Maxwell a new TV and a brand-new Oldsmobile to enjoy during his retirement.

Among the testimonials from former students were stories about how Mr. Maxwell saved school documents during a school fire by charging into the building and recovering important records and barely making it out alive. How he would personally drive the high schoolers to sports events and farm show contests. But the most compelling testimonials would be from students who were, what we would call today, at-risk students. These students shared stories of difficulties in their youth that were leading them to a life definitely heading in the wrong direction. Many of these kids were poor, but some were not. Some came from intact families, some not. All of them had one thing in common – a story of how the high school principal never gave up on them. Of how he would visit them at their homes and kept in touch with them long after graduation to monitor their progress. They all attributed whatever success they had in life to the personal intervention of Mr. Maxwell.

There were no school shootings, bombings or suicides at Minoa High School during those years.

Flash forward 62 years to the present day, and what do we have?

High schools built to industrial-size scale that are overcrowded, overstimulating, and alienating to many students. You have an army of school counselors, psychologists, assessors, consultants, lawyers, networks of alternative schools to serve the needs for so called at-risk students. You have taxpayer-funded professional resources that are seemingly unlimited. Yet, as we know, we still have students so angry, so despondent, so alienated, so fraught with feelings of helplessness, hopelessness, and worthlessness that they direct their destructive actions inward and commit suicide, or outward and engage in school shootings or bombings. This is all too common across the country.

Exhibit 1 is the tragic story of Nikolas Cruz. We note the early diagnoses of autism, developmental delay, and ADHD. He experienced the trauma of watching his father die of a cardiac arrest at the age of 5. We are aware of the endless bullying and ridicule he endured at home and at school. We are aware of the long record of anti-social and violent behavior triggered by the trauma of being bullied and ridiculed in the public school system. We know of his transfer to a school for special-needs students, Cross Creek, where for two years, free of the bullying and ridicule, and taken under the tutelage of a caring industrial arts teacher, he improved. The violent outbursts dissipated.

Tragically, as it turns out, after two years, he was returned to the mammoth public school system (why?), where he was traumatized all over again with another round of abuse. Thus began another set of school transfers, but by now it was too late. The public school special education system failed him. Through his final school years, professional after professional worked with him – at arm's length. All the right boxes were checked and procedures followed. Yet apparently no one really wanted to get his hands dirty, make a personal investment in the boy, and protect him from the mistreatment. The end result was predictable. The anger and despondency would be directed either inward, resulting in suicide, or outward, resulting in shootings or bombings. Then, as standard procedure would dictate, comes the heartfelt letter of remorse sent out to the community from the superintendent, just to show how much he cared and how the district is responding with grief counselors. Too little, too late.

Although many systems failed Nikolas, and much is said about lax gun laws or failed police or FBI surveillance, little attention is directed towards a public school system where children with special needs are attended to in a legal sense to avoid lawsuits but are not truly valued and supported with their best interest in mind.

Instead of box-checking, superintendents and principals need to take personal responsibility for the students under their charge and quickly address situations where kids are alienated, mistreated, or abused by their classmates and do something about it. They should be held personally accountable, even to the point of dismissal, for the educational environment they provide for their students. They need to take a personal interest in all students and return any lost sheep back to the herd.

Superintendents, principals, and staff should be trained accordingly and become trauma-informed so clear signals are not overlooked, ignored, or buried to protect the staff and district reputation.  In short, we need to return to the Frank Maxwell model that worked so well of caring and nurturing every student to make all of them feel like the unique, precious, and unrepeatable children that they are.

Long before the legal and law enforcement systems failed Cruz, the public-school system failed him even worse. This youngster could and should have been saved and the killings prevented. Society paid a horrible price for passing a youngster along at arm's length from school to school, from counselor to counselor, without the sincere attention, support, and guidance of a school official like Frank Maxwell.

No matter how large the school, each student must be provided with a school environment whereby he feels safe, secure, respected, and free of any type of bullying and harassment.

We need to return to the Frank Maxwell model that worked so well in years past. If direct accountability and personal responsibility were to be ingrained in the public school system, then there would be no need to discuss arming teachers or changing gun laws. A basic attitude change is what is most needed.

In the Parkland shooting, all the recriminations have been directed at law enforcement.  But long before the legal system and law enforcement failed Nikolas Cruz, the public school system failed him even worse.

William Maxwell is on the board of directors of the Center for Garden State Families, with whose permission this piece is published.