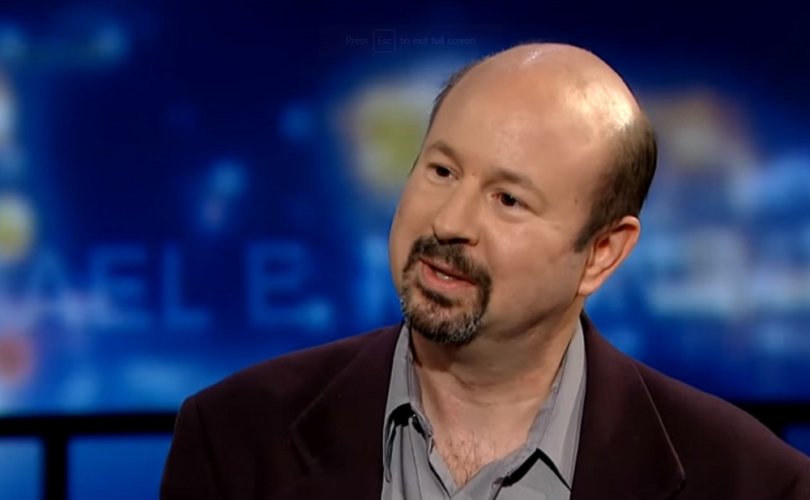 August 30, 2019 (American Thinker) — Michael Mann, a climatologist at Penn State University, is the creator of the “hockey stick graph” that appears to show global temperatures taking a noticeable swing upward in the era when humanity has been burning fossil fuels and dumping CO2 into the atmosphere. The graph was first published in 1998, was prominently featured in the 2001 U.N. Climate Report, and formed part of Al Gore's 2006 movie An Inconvenient Truth.

The graph's methodology and accuracy have been and continue to be hotly contested, but Mann has taken the tack of suing two of his most prominent critics for defamation or libel. One case, against Mark Steyn, is called by Steyn likely to end up in the Supreme Court. But another case, against Dr. Tim Ball, was decided by the Supreme Court of British Columbia, with Mann's case thrown out, and him ordered to pay the defendant's legal costs, no doubt a tidy sum of money.  News first broke in Wattsupwiththat, via an email Ball sent to Anthony Watts. Later, Principia-Scientific offered extensive details, including much background on the hockey stick.

The Canadian court issued it's [sic] final ruling in favor of the Dismissal motion that was filed in May 2019 by Dr Tim Ball's libel lawyers.

Not only did the court grant Ball's application for dismissal of the nine-year, multi-million dollar lawsuit, it also took the additional step of awarding full legal costs to Ball. A detailed public statement from the world-renowned skeptical climatologist is expected in due course.

This extraordinary outcome is expected to trigger severe legal repercussions for Dr Mann in the U.S. and may prove fatal to climate science claims that modern temperatures are “unprecedented.” (snip)

Dr Mann lost his case because he refused to show in open court his R2 regression numbers (the 'working out') behind the world-famous 'hockey stick' graph[.]

Real science, not the phony “consensus” version, requires open access to data so skeptics (who play a key role in science) can see if results are reproducible. Of course, there are no falsifiable experimental data associated with the global warming predictions of doom, so it doesn't really stand as science as Karl Popper defined it.

This is an important victory in the process of debunking the warmist scare.

Update 1: Michael Mann disputes the notion that he lost (and more):

There have been some wildly untruthful claims about the recent dismissal of libel litigation against Tim Ball circulating on social media. Here is our statement (https://t.co/8tGoBZnE3Y): pic.twitter.com/ySeJcOktX9

Update 2: Technology.news has a rather different take from Mann's, noting that further legal steps are on their way.

The defendant in the libel trial, the 79-year-old Canadian climatologist, Dr Tim Ball … is expected to instruct his British Columbia attorneys to trigger mandatory punitive court sanctions, including a ruling that Mann did act with criminal intent when using public funds to commit climate data fraud. Mann's imminent defeat is set to send shock waves worldwide within the climate science community as the outcome will be both a legal and scientific vindication of U.S. President Donald Trump's claims that climate scare stories are a “hoax.” (snip)

Michael Mann, who chose to file what many consider to be a cynical SLAPP (Strategic Lawsuit Against Public Participation) libel suit in the British Columbia Supreme Court, Vancouver six long years ago, has astonished legal experts by refusing to comply with the court direction to hand over all his disputed graph's data. Mann's iconic hockey stick has been relied upon by the UN's IPCC and western governments as crucial evidence for the science of 'man-made global warming.' (snip)

The negative and unresponsive actions of Dr Mann and his lawyer, Roger McConchie, are expected to infuriate the judge and be the signal for the collapse of Mann's multi-million dollar libel suit against Dr Ball. It will be music to the ears of so-called 'climate deniers' like President Donald Trump and his EPA Chief, Scott Pruitt.

“Michael Mann moved for an adjournment of the trial scheduled for February 20, 2017. We had little choice because Canadian courts always grant adjournments before a trial in their belief that an out of court settlement is preferable. We agreed to an adjournment with conditions. The major one was that he [Mann] produce all documents including computer codes by February 20th, 2017. He failed to meet the deadline.”

Mann's now proven contempt of court means Ball is entitled to have the court serve upon Mann the fullest punishment. Contempt sanctions could reasonably include the judge ruling that Dr. Ball's statement that Mann “belongs in the state pen, not Penn. State' is a precise and true statement of fact. This is because under Canada's unique 'Truth Defense', Mann is now proven to have wilfully hidden his data, so the court may rule he hid it because it is fake. As such, the court must then dismiss Mann's entire libel suit with costs awarded to Ball and his team.