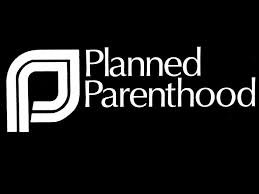 I was a child once. When I open a family photo album, there I am, smiling out of pictures with a happy smile and sparkling eyes. Looking back, the older version of me can see something else behind that twinkle, something that all children have. The dark eyes have a knowing look in them, a knowing look that says that they hold secrets. After all, I was the only one who knew that every time a buttercup in our ﬁeld nodded its yellow head a baby with golden hair was born. There was a friendly troll that lived in the culvert at the end of the ditch where our ﬁeld ended and the neighbor’s began, and great stores of gold lay hidden under the common pebbles that lined our hedge. Besides these delightful secrets lay some other ones; the one-eyed monster that lived under my bed, the boogie men that hid in the blackberry bushes after dark. But scary secrets aside there was safety, security, the kind of bubbly joy that children have when they know without a doubt that they are loved. And in a sort of aura around the little me there was innocence. And I think it’s the innocence that makes a child a child.

My childhood didn’t prepare me for what I’m ﬁghting against but it did something even better; it showed me what I need to ﬁght for.

I knew all along that I would have to leave my Neverland. As L.M. Barrie put it in his classic Peter Pan, “All children, except one (Peter Pan) grow up. They soon know that they will grow up . . . You always know after you are two. Two is the beginning of the end.” But even as I grew taller and lost my baby teeth, I hung onto Neverland with both hands. There was a magical nanny there who ﬂew in with an umbrella and there was a red headed orphan who was my best friend. Even as the conversations at the supper table about world issues grew more real to me, I tried my best not to listen. I guess I always sort of knew that growing up was going to be painful. It’s like Anne of Green Gables said; “. . . the worst of imagining things is that the time comes when you have to stop and that hurts.” As my teens rolled around I began to realize that even as I held on, my grip was slipping. As beautiful as Neverland was, there were real problems that I had to face. Even as my own Peter Pan was urging, “Forget them, Wendy. Forget them all. Come with me where you’ll never, never have to worry about grown up things again”, I doubtfully answered with Wendy, “Never is an awfully long time.”

And then I went to Florida on the Canadian Centre for Bio-Ethical Reform’s Genocide Awareness Project trip. There was nothing beautiful about the angry voices, the empty eyes, the scarred arms, the broken hearts. There was pain that I had never seen before, pain that I had never felt before. And it was there that I let one hand slip off of Neverland as I tried to reach out to those around me. I went home different, with a sort of fear that I couldn’t understand. I picked up my worn copy of Mary Poppins and read it with a strange sort of desperation. She was there. She hadn’t changed. But I had.

When I read through Anne of Green Gables I still understood her, but the beauty didn’t ﬁll me the same way it always had, and when I closed my eyes I didn’t see the lake of shining waters; I saw dead babies. I didn’t have the answers that I needed. As Anne said; “You settle one question and there's another right after. There are so many things to be thought over and decided when you're beginning to grow up. It keeps me busy all the time thinking them over and deciding what's right. It's a serious thing to grow up, isn't it . . .?”

So I applied for the CCBR internship.

With one hand still tightly holding onto my childish fantasies I headed into the ﬁrst week of training. I was afraid. There was a darkness coming that I had not seen before and I didn’t know how to ﬁght it. The fourth day of the internship ended and I headed to a friend’s house to relax and unwind. Since I can’t talk about books without mentioning my favorites, we ended up talking about Mary Poppins. And then it came up that Mary Poppins was very loosely based on experiences in the author’s childhood. Awful, painful experiences that didn’t end with a happy ending. I don’t think I’ll ever really be able to explain why it was one of the hardest things to ﬁnd out. Maybe because it was the ﬁrst time I realized that behind each beautiful happily-ever-after there is a sad, heart- wrenching story. And as everyone else went to bed I sat on the couch staring into the darkness and feeling a pain I’d never felt before. Because for the ﬁrst time in my life being happy had made me feel empty. I stared into the darkness, searching for what I had lost, but Neverland was gone.

I felt empty, there was nowhere to go. There was darkness around me that I didn’t understand. It was a monster that I couldn’t ﬁght because I didn’t know how. I looked back into my childhood and saw emptiness. “Why?” I asked. “Why was I so happy, why was I so innocent?” I hated being naive. I hated not knowing. I hated that my parents had kept me from the truth for so long. I struggled through Friday’s training trying not to show that I knew that I couldn’t do this work. How could I have even thought that I could ﬁght against something so big?

When I got home all I wanted to do was be alone. I plopped down on the couch and looked at my little sister, curled up on my mom’s chair with my copy of Mary Poppins. And she looked beautiful. Not because of her long blond hair and gorgeous blue eyes but because of the knowing smile on her lips as she read. Not the kind of smile that showed that she was enjoying reading about Mary Poppins, but the kind of smile that showed that she knew Mary Poppins as an intimate friend; the kind of way that I had once known her myself. It was all there shining out of her eyes; the secrets, the joy, the innocence.

And then I knew that my childhood was not something I should regret but something I should cherish close to my heart. It didn’t prepare me for what I’m ﬁghting against but it did something even better; it showed me what I need to ﬁght for. I don’t need to know the monster intimately to ﬁght him. After all, if every child strives to lose the light of innocence there will be no light left to drive away the darkness. Growing up isn’t about letting the darkness take hold on you, it’s about coming to the understanding that there is darkness; it isn’t about ﬁghting against what’s in front of you but for what’s behind you. Once I came to this realization I found new secrets, new joy. I understood what L.M. Montgomery meant when she wrote of Anne, “She had looked her duty courageously in the face and found it a friend – as duty ever is when we meet it frankly.” And I found that Peter Pan was wrong when he said, “Never say goodbye because goodbye means going away and going away means forgetting.”

I had to say good-bye but I won’t forget what I’m ﬁghting for. I’m ﬁghting for my little sister, for her friends and for the children that I hope to have one day. I’m ﬁghting for a world where I can have my very own Ingleside and introduce my children to Mary Poppins. I am ﬁghting for their Neverland, and that, I think, is worth letting go of my own.