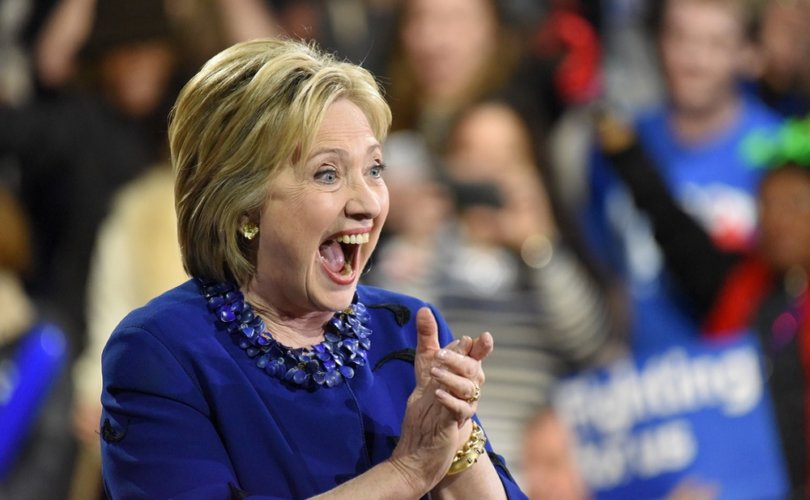 November 25, 2020 (Crisis Magazine) — As all the world knows, the election of 2020 was destined to be messy, as the two nations inhabiting the territory of these United States geared up for battle: after four years of nonstop media abuse, in which the major news generators had long since abandoned any pretense to impartiality, both sides were spoiling for a fight. The two simply don’t inhabit the same mental universe. For the one faction, the four years of intolerable rule by the evil Orangeman threatened as nothing else had such natural rights as infanticide and sodomitical unions. For the other, the looming tyranny they endured under Obama seemed poised to return with a vengeance—punctuated by burning cities and the long march of the “woke” through beloved institutions. Thus far, the disputed election returns seem to the former as deliverance from Pharaoh, and to the latter as a titanic fraud amounting to a rolling coup. It is a tense moment at this writing, and into the midst of it has dropped a video tweeted by Jon Voight.

The Academy Award–winning actor was quite the leftist in his youth, but, like so many of his generation, he has traveled a long ideological road since the wild days of the sixties. The former Midnight Cowboy is now a convinced Republican and was a vocal supporter of both Romney and Trump. In the video, Voight has weighed in on the disputed election returns with a vengeance. He declared that he was

disgusted with this lie that Biden has been chosen. There will be a price to pay. The ones who are jumping for joy now are jumping toward the horror they will be in for. I know the promises being made from the left to the American people will never come to be. My friends from all colors, races, and religions, this is now our greatest fight since the civil war. The battle of righteousness versus Satan. Yes, Satan, because these leftists are evil, corrupt and they want to tear down this nation. We must not allow this. We must fight this corruption that has taken over and fight for the good that seems lost. Let us give our trust to God and fight now for Trump’s victory because we all know this ballot count is [corrupt] like they are, so let us not back down. Let us fight this fight as it is our last fight on earth. As Muhammad Ali said, “It’s not over ’til the last punch you have.” God bless.

Now, regardless of whether Trump remains in the White House or is replaced by the Harris-Biden team, this soliloquy speaks to a reality that has been ignored by the ruling and chattering classes, while their Antifa and BLM helots have been tearing down statues and burning stores, and their academic “woke” members have been trying to sanitize the national mind for its own supposed protection. With all of the pushing and prodding of what Hillary Clinton labeled the deplorables and what observers of their geographical situation might call the Country Party (for all that some of its members can still be found in urban areas of the bluest of blue states), a vast head of resentment is being built up. The ongoing assault on various historical symbols, the unrest of the past summer, and what many see as a stolen election are leading many to echo Voight’s sentiments. Where will this take us?

If the President is able to pull a victory out of a hat—that is, if sufficient fraudulent votes are proved and discarded by courts to give him the required electoral votes—then the shrillness of the media of the past four years shall rise to a white heat. No doubt, initially, Antifa, BLM, and the like shall take to the streets to destabilize the country as much as possible. With no election in sight, Trump shall have no reason not to smack back in kind. With order restored, we’ll have four more years of relative peace.

But should the Harris-Biden ticket take charge, things shall be a bit more complex. If they are wise, they’ll let things cool down a bit. However, that hasn’t been their style. Most likely, the push for ever more abortion, gender confusion, and historical erasure will gather ever more steam at the hands of a regime ever more intrusive into the lives of its subjects. Cancel culture and doxing shall increase—especially with tacit official permission. New York’s effervescent representative Alexandria Ocasio-Cortez has called for Trump supporters’ names and addresses to be “collated” so that they may be “held accountable” when the White House is occupied by Harris-Biden. How far any of this may go in reality is another thing. But if that is indeed the path the new regime takes, there shall be trouble.

Already, during the long, hot summer of 2020, a group of would-be looters arrived in Coeur d’Alene, fresh from practicing urban renewal in downtown Spokane. Mounted aboard a bus and several cars, they were greeted in that northern Idaho town not by law enforcement but by heavily armed locals. Wisdom prevailed, and they left. Nor should it be thought that this kind of home guard work was restricted to whites. One particularly heartwarming video showed the Crips chasing Antifa out of Long Beach, California, while the Latin Kings assisted the police in keeping looters out of Chicago’s Little Village.

These things are far more complex than the “woke” really understand. Beyond these sorts of phenomena are folk like the Boogaloo Boys and the Proud Boys and, at a further remove, the various diminished but far from nonexistent groups that a few decades ago were called militias.

If the great majority of people living in “red” precincts—not states or counties—are sufficiently disaffected and harassed by their rulers, they shall turn to such people and their ideas for support and aid against an increasingly abusive rulership. The result, at best, will be the sort of low-pressure but ongoing street fighting that characterized the latter days of the Weimar Republic. At worst, it will be full-blown civil war.

It may well be that those in charge feel that that is a small price to pay for utopia. But there are several problems with their thinking—quite apart from the moral issues, which are, of course, meaningless for them. The first is that, in their warmed-over Marxist imaginations, historically “underrepresented” groups beefed up with brainwashed college kids have to take the place of the now mostly nonexistent urban proletariat as shock troops of the new order. This reorientation of Marx from class to race automatically puts the would-be new rulership at a numerical disadvantage—and, of course, many members of these groups aren’t silly enough to fall for it.

Secondly, having severely weakened law enforcement through defunding and continuing assaults on its probity, liberal mayors may find the police, the National Guard, and even their own governors unwilling to move against such people—people from whose ranks, in great part, they are recruited. Should President Harris see fit to invoke the Insurrection Act, though she might find the military command structure quite willing to deploy, things might be quite different with the rank and file of combat arms, who are notoriously heavily recruited from among the deplorables. Visions of the mutiny scene from Doctor Zhivago haunt me.

Of course, it must be understood that there is a world of difference between the Russia of 1917 and the United States of America of 2020. Communications, arms, industry, and so on were concentrated in the Moscow–Saint Petersburg corridor. It took the Reds five years to conquer the rest of the country from the Whites, but from that point, their victory was almost a foregone conclusion. However, that is not the case in modern America: all of these things are spread out. If anything, the regime’s heartlands on the two coasts produce little in the way of anything tangible. But while the likelihood of the regime’s ultimate victory might be slight, the damage done to the country would be incalculable. Ideological purity might be appealing to some, but, without a doubt, such a struggle would end the Constitution and destroy our standing abroad. What would follow?