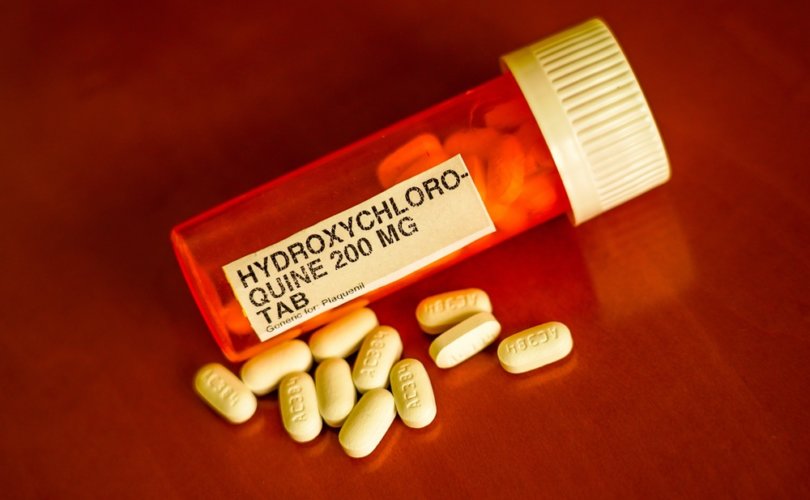 March 25, 2020 (American Thinker) — Very soon after the coronavirus hit America, reports emerged that chloroquine, an older malaria drug, and its analogue, hydroxychloroquine, were helpful against the virus, especially when used in conjunction with azithromycin, an antibiotic. Trump expressed a strong hope that these drugs would effectively treat those with serious coronavirus cases.

The media reflexively struck back. They first accused Trump of lying about the drugs' potential value. Now that it's become clear that Trump was accurate, the media have a new tactic, which is to present chloroquine as a deadly drug that will kill more than it cures. For the media, it's never about the actual issue; it's always about “getting” Trump.

On Sunday, American Thinker ran Andrew Longman's excellent summary of chloroquine, hydroxychloroquine, and azithromycin. Before reading this post, you might want to refresh your knowledge by reading that article. The takeaway is that these drugs have been around for a long time, so doctors are familiar with them; that there's an increasing body of evidence that they work; and that the Trump administration got the FDA to allow doctors to prescribe them “off-label” or for “compassionate use” (that is, for a purpose other than treating malaria). (Just two recent examples of successful chloroquine use are here and here.)

On Saturday, Trump tweeted out his hope that hydroxychloroquine and azithromycin, when taken together, could save lives. Please note that he didn't say they “would” save lives, just that they had a “real chance” to change the outcome:

Within what seemed like minutes, the media had their new narrative: hydroxychloroquine and chloroquine kill!!!

Axios tweeted that a man died after “ingesting chloroquine phosphate — one of the anti-malaria drugs that Trump has mentioned in recent days”:

A man has died after ingesting chloroquine phosphate — one of the anti-malaria drugs that Trump has mentioned in recent days.https://t.co/aUruaB6jZe

Despite the “self-medicating” bit, which is clear in the tweet, the story gained traction as an anti-Trump diatribe when a blue-checked doctor tweeted out the same Axios story:

��BREAKING: A man DIED & his wife is in ICU after they ingested #chloroquine, one of the anti-malarials that @realDonaldTrump touted.

Chloroquine/#hydroxychloroquine have NOT been proven effective against #coronavirus & can cause FATAL heart arrhythmias.https://t.co/kagJQpkzNz

What Axios neglected to report is that the man and his wife didn't merely “self-medicate.” According to the hospital website, the couple went the extra mile when they “ingested chloroquine phosphate, an additive commonly used at aquariums to clean fish tanks.” Nobody can allege with a straight face that Trump told them to do that.

Naturally, Vice had to get in on the act. It ran a story with the headline, “People in Nigeria Are Poisoning Themselves With Chloroquine after Trump Said It Was a Cure for Coronavirus: The president won't stop hyping the untested 'cure,' even after Dr. Anthony Fauci and the commissioner of the FDA warned it's unproven.” Except Trump never said it was a cure. He said he hoped it would be and that he had a good feeling that it could be the answer. That fools self-medicate is not Trump's fault.

Nevertheless, all the usual people afflicted with Trump Derangement Syndrome piled on. The following tweet is representative, since it's a twofer, with both Laurence Tribe, a chronic embarrassment to the once great history of Harvard Law School, and George Conway, Kellyanne Conway's shrill husband, chiming in:

Taking Trump’s advice can kill. It already has. The man is lethal. https://t.co/wPO7TRII30

When it comes to Trump, the media, the Democrat establishment (but I repeat myself), and the NeverTrumps all seem to have adopted as their motto Groucho Marx's famous song, “I'm against It.” Here's the video because, when Groucho says it, it's funny, and we can all use a laugh right now: