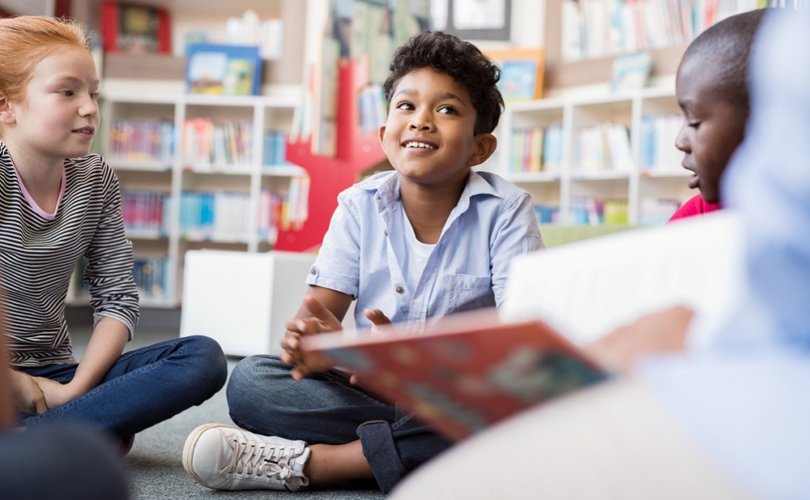 October 6, 2020 (LifeSiteNews) — When asked by Chris Wallace during the September 29, 2020 presidential debate why he had decided to end racial sensitivity training in federal agencies, President Trump declared, “I ended it because it’s racist; I ended it because a lot of people were complaining that they were asked to do things that were absolutely insane; that it was a radical revolution that was taking place in our military, in our schools, all over the place.” He stated that these training sessions are designed to foment hatred of America at taxpayers’ expense. One need look no farther than the nation’s public school system to determine the truth in President Trump’s statements.

Such racial and cultural sensitivity programs that deliberately promote divisiveness, anger, and intolerance are covertly taught in most public and many private classrooms with tax dollars. Books favored by radical liberal authors that glorify BLM, LGBT, and transgender topics, as well as anti-Christian bias, are flooding the elementary and middle school libraries — for example, in the Maryland and D.C. public school systems. These include titles like Woke: A Young Poet’s Call to Justice by Mahogany L. Brown, a collection of poems that expound on LGBT and gender neutrality, racism, and activism, and We Rise, We Resist, We Raise Voices by Wade and Cheryl Willis Hudson. We Rise features reflections on fear, hatred, and racism in America from various writers and opens with an introduction that vilifies Donald Trump after the 2016 election:

This book was inspired by our great-niece, Jordyn. After the 2016 presidential election, she was distraught upon hearing who had won. She had heard the cruel and hateful words that had been spewed at women, those with disabilities, people of different faiths, and people of color. She had heard the talk aimed at “taking our country back.” Though she was only seven, some of that language of hate stayed with her. When she found out who the new president would be, she was frightened and confused, worried that the world as she knew it was in imminent danger.

In Say the Names by Elizabeth Acevedo, a contributing writer in Woke, the author instructs her young readers to “[s]ay the names of leaders who came before and made the world better; say their names, so that uttering letters might lend you courage.” Her list of names includes Marxist proponents Cesar Chávez and Colin Kaepernick, transgender Janet Mock, gay activists Audre Lorde and Harvey Milk, and MeToo founder Tarana Burke. The words used in these texts are filled with undercurrents of socialist propaganda aimed directly at indoctrinating the tender minds of first- and second-graders to raise doubts against their country and president. Many of these books encourage subversion and anarchy among our youngest citizens and glorify activist groups like BLM, Antifa, and Marxists. Acevedo, who was born and raised in a devout Catholic family but later rejected the Faith, is also the author of a middle-school favorite among public school educators, Clap When You Land. Clap is a lesbian-themed novel told in verse of two sisters who learn of each other after their father dies in a plane crash.

“Imagine a rainbow,” begins Olivia Gatwood, another contributor of Woke, in her poem, “In Between, There is Light” (emphasis added):

but hundreds of colors, the lights and darks

of every shade—neon colors, in-between colors,

colors you’re not sure what to call—

now imagine that someone points to this rainbow

and says, “There are only two colors!”

Imagine that this person says that one color

is a boy and the other is a girl.

What would you say? Maybe you would run your hand

along it like a river, point to all of the

hues and tones, maybe you would ask,

“How can you say that? Look at how many there are!”

The truth is, there are so many shades between boy and girl—

who live somewhere in the middle. We don’t have to choose.

Public school officials follow a well planned schema that is corrupting the innocent and trusting minds of our children, who actively recruit liberal authors like Gatwood, Acevedo, and others because of their talent at sanitizing perversion into acceptability. Catholics and other concerned parents must vigilantly and fiercely stand guard over their children’s education. But not all parents can afford the expense of placing their children in private schools. Perhaps the best way to protect children from the globalist hype that is being spoon-fed to them by these predatory wolves in sheep’s clothing is to homeschool them.

Parents must find ways to teach their children from the safety of their homes within the bosom of their families, about not only the three Rs, but also the truth of our humanity and God’s purpose for every man, woman, and child. The future of our world depends on it.