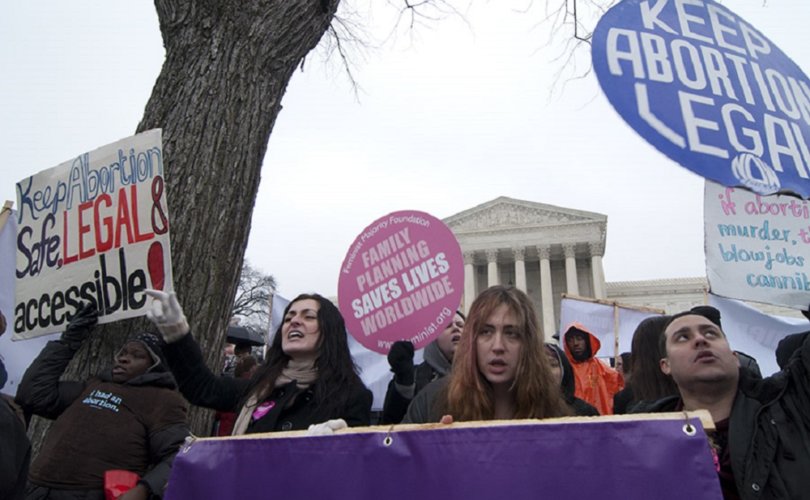 Rankin wants laws updated so women can have access to dangerous abortion drugs via mail without a doctor's visit. Ostensibly, she’s worried about women being too nervous about COVID to go to an abortion clinic. But social distancing is a pretext so women can abort even more conveniently — another leftist attempt to overstep and gain control.

Hollywood tries to “normalize” abortion and celebrities use it as a “dedicated to my craft” badge of honor. Having an abortion constitutes popularity.

• In 2019, People.com shared actress Keke Palmer’s tweet: “I was worried about my career responsibilities and afraid that I could not exist as both a career woman and mother.” Having a career and being a mother is too great a feat for these frail celebrities. Their role models Hillary Clinton, Michelle Obama, and Ruth Bader Ginsburg, who have done both, are not convincing enough, apparently.

• Rapper Nicki Minaj once said said her abortion “haunted me all my life.” Why does she feel so guilty?

• Comedian Chelsea Handler wrote in Playboy about her first abortion, saying, “I was relieved in every possible way.” Convenience does have relieving properties.

Tinseltown dances around the reality of abortion. They think a celebration on January 22 should be as globally accepted as National Coffee Day or National Cat Day. Shows how little they think about the extremity of this issue.

January 22 shouldn’t be a celebratory event. That would be like people celebrating days of mass shootings, terrorist attacks, and pandemics wiping people out. Or maybe the left would have a beer on those days, too, because supposedly death and destruction deserve congratulations.