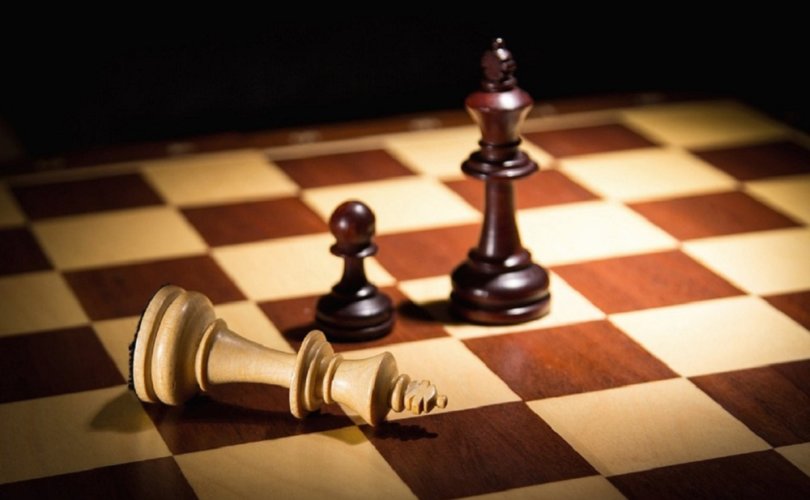 July 30, 2019 (American Thinker) — The Squad is offended because someone finally talked back. Even after some foul-mouthed attacks on the president of the United States, the Squad members thought they should be immune to criticism. That's the problem: not the president's pushback, but the Squad's apparent belief that, because it comprises “people of color,” those people are immune to the rules that apply to everyone else.

That, unfortunately, has been the assumption for too long now. Minorities achieved legal equality in the 1960s, and they proceeded to claim the equivalent of reparations in the form of affirmative action, minority set-asides, preferential admissions based on race, and thousands of informal arrangements in the workplace granting preference in terms of evaluations and workload.

As minorities gained these preferences, some became more aggressive. Some version of the Squad's tactic of calling out whites and daring them to talk back became commonplace across society. Many Americans have witnessed blacks stepping to the front of the line and expecting to be served first. Many have seen minorities promoted ahead of more experienced whites with the idea that minorities need to be “represented.” But what we see now is different. It is not just society helping out those who have been disadvantaged in the past. It is a form of aggressive prejudice against, disdain for, and potential violence against whites. As I see it, the Squad epitomizes this new stage in race relations.

It's fortunate we have a president who recognizes what these women are about and is willing to stand up to them. President Trump's tweet last Monday called the Squad “a very Racist group of troublemakers who are young, inexperienced, and not very smart.” Much of what the president tweeted is simply a matter of record: the four members of the Squad — Reps. Ilhan Omar of Minnesota, Alexandria Ocasio-Cortez of New York, Rashida Tlaib of Michigan, and Ayanna Pressley of Massachusetts — are in fact “young” and “inexperienced.” The fact that members of the Squad have repeatedly labeled the president of the United States a “racist” attests to their willingness to play the race card, an action I would call “racist.” The group's apparent bias against Israel also appears to be motivated by bias against a particular race or religion. As to their level of intelligence, that is a judgment call. Have they been acting rationally? Have they demonstrated good judgment and thoughtfulness in the past?

It bears repeating: the Squad's behavior seems inappropriate because it appears to reflect disdain for those of a different race. Contempt for others based on race is the definition of racism. As the president pointed out on July 22, the four congresswomen have violated the rules governing behavior of members of Congress, and they should be reprimanded. “The Democratic Congresswomen have been spewing some of the most vile, hateful, and disgusting things ever said by a politician in the House or Senate, & yet they get a free pass,” he wrote on July 16.

Members of the Squad are not exempt from the rules of common courtesy because of their status as “persons of color.” The very use of that phrase should be repugnant in our democracy. The tacit suggestion is that “people of color” constitute a special class beyond criticism, no matter how outrageous their actions or words. In our race-blind democracy, no one should be using a phrase like “people of color,” and when one does, he should be held to account. As Rep. Kelly pointed out, the phrase is inherently meaningless. We are all “people of color,” and none is entitled to special treatment. Minority supremacy is not at all different from white supremacy, and both are abhorrent.

Nonetheless, the Squad's behavior is now too common among minorities. It's no longer just about claiming equality. Minorities are equal and should be treated as such. Unfortunately, there are many who are not just interested in equality. They are demanding to be treated as superiors, and in doing so, they reveal their belief in racial superiority. They push the envelope, demanding privileges and exemption from criticism, and they expect whites to bow down and keep their mouths shut even when their actions are offensive or disrespectful of others. That is exactly what has happened in the so-called feud between the president and the Squad.

It's about time that individuals like Ocasio-Cortez and Colin Kaepernick were told the plain truth: their behavior is offensive to most Americans, and it's time they took responsibility. One can hope Ocasio-Cortez gets voted out in 2020. It does look as though she's in trouble: a recent poll found that only 13% of her constituents would vote to re-elect her. As for Mr. Kaepernick, my close friend showed up today sporting a “Support the Betsy Ross Flag” t-shirt. It makes an attractive gift for all occasions.

Unfortunately, it's more than Ocasio-Cortez and the other three. There's an attitude among “people of color” that they should receive special treatment. While only 23% of white Americans support using race as a factor in college admissions, 44% of blacks do. I long for the day when America becomes a truly color-blind nation — where it will not even occur to anyone to notice the racial background of another citizen. The Squad, by its members' rhetoric and actions, is not furthering this goal. Just the opposite: By suggesting that they are entitled to special status as “persons of color,” these women are deepening the racial divide. Everyone in America should be working to overcome that divide.

Long ago, minorities were granted equality in this country, as they should have been, but they are not entitled to denounce whites or attack their country as racist. They will be regarded as truly equal when they treat others as equals.

As for “send her back,” I would agree that if I didn't love my country, I should consider going someplace else. That would never happen, because I do love America. Do the Squad love America? If they do, the president's remark is moot.

Or are the Squad really interested in something else? Like children in the schoolyard, they are goading the president to the point that he must respond. They seem to think they, as “people of color,” have the right to say whatever they like, no matter how offensive, and that no one has the right to correct or challenge them. If someone does challenge them in any respect, such a challenge is inherently racist. That tactic of racial shaming, I would say, is the essence of racial superiority. It is an attitude that is now familiar in American society, and it needs to end.

Jeffrey Folks is the author of many books and articles on American culture including Heartland of the Imagination (2011).