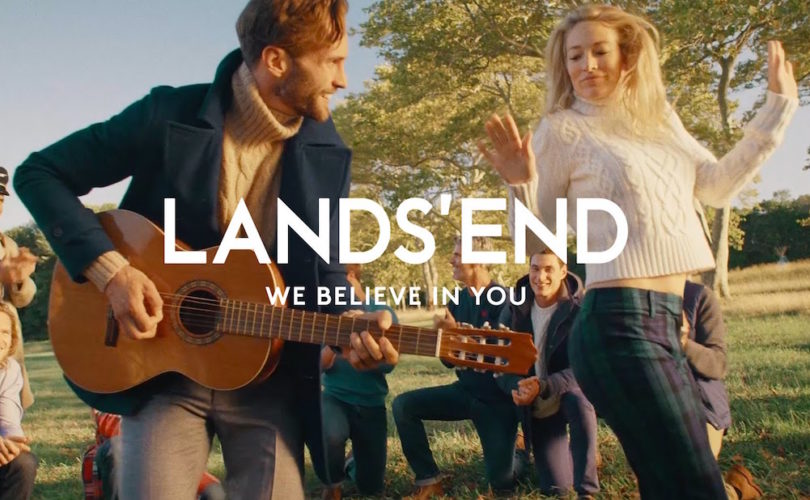 Editor's Note: Lance Wray is the Executive Director of 2ndVote.com, a non-profit resource to help consumers spend money with companies that support their values.

February 29, 2016 (LifeSiteNews) — When the iconic Land’s End catalog released the 2016 Spring Issue last week, conservatives were surprised to find a featured interview with feminist icon Gloria Steinem in the pages of an otherwise Easter themed publication.

The irony of promoting a leading abortion advocate parallel to the implicit reasons behind the Easter season was not lost on Pro-Life activists and publications, nor on some of the institutions that make up a portion of the Lands’ End customer base.

As conservatives and people of faith took to social media in understandable ire for the company’s decision to feature a controversial individual, faith-based educators such as College of the Ozarks and several Catholic secondary schools were announcing the termination of business relationships with Lands’ End.

It turns out that the classic style associated with Lands’ End is preferred by schools with uniform policies, and many of those happen to be faith-based.

While it would be simple to point out that Lands’ End may have failed to understand and appreciate the values held by its customers, there’s a deeper facet to the situation. The publication of the interview also coincided with the launch of a campaign to raise money for the tax-exempt affiliate of Steinem’s advocacy organization.

The new initiative would send a portion of the proceeds from the fees associated with the customer’s choice of embroidering an item with the logo for the ERA Coalition to the Fund for Women’s Equality, a 501c3 organization. Steinem, along with several other pro-abortion advocates sits on the boards of both organizations.

Lands’ End responded to the feedback from customers by scrubbing the Steinem interview from the company’s website and online catalog and issued an apology. Last Thursday, The Huffington Post reported that the embroidery option for the ERA Coalition’s logo was no longer available. 2nd Vote’s research team also scoured the Lands’ End website and was unable to find an opportunity for customers to participate in the program. The apology noted:

“Our goal was to feature individuals with different interests and backgrounds that have made a difference for our new Legends Series, not to take any political or religious stance.”

The real failure on the part of Lands’ End is the inability to recognize, or even worse, the deliberate ignorance of, the political stance implied by helping fund an advocacy organization associated with Steinem and her allies.

Conservatives have long rallied behind the cause of defunding abortion providers and advocates, like Planned Parenthood, as a matter of public policy. Both social and fiscal conservatives share common ground on this issue because they understand that those tax dollars are their dollars.

However, conservatives have mostly given a pass to the corporations that fund liberal advocacy through charitable donations, even though the money must always come from the consumer’s decision to do business with that corporation first.

The encouraging news is the fact that conservatives are waking up to the fact that relationships exist between big business and the liberal agenda. Just last year, 2nd Vote saw four major corporations (Coca-Cola, Xerox, AT&T, and Ford) publicly distance themselves from Planned Parenthood after the Center for Medical Progress exposed the abortion provider’s practices in a way that had never been done before.

Overall, Lands’ End does not appear to be a dedicated proponent of the liberal agenda; 2nd Vote’s research shows that the company has remained relatively neutral since the brand was spun off by the Sears Holding Corporation. For that matter, most companies appear to also shy away from the political realm for the sake of public relations. After all, businesses are in the business of being in business, not advocacy.

That is why instead of disengaging, conservatives need to continue to interact with and educate corporations on how their charitable giving does fund advocacy in these situations. Liberals have turned bullying into a cottage industry over the decades, and their advocacy organizations and policy positions have benefitted.

As we saw last week with Lands’ End, conservatives can win by engaging the corporate culture because forcing companies to adopt a conservative position is not the end goal. Instead, the victory comes from bringing the company back to neutral, where the customers’ deeply held values are not violated.