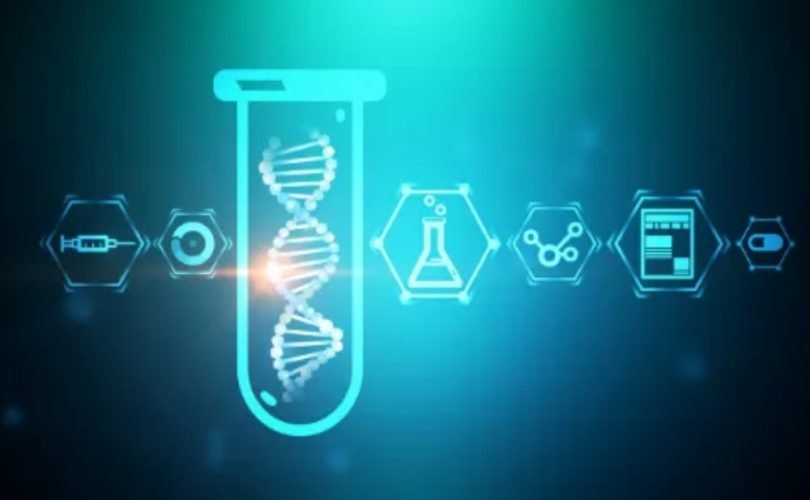 May 14, 2021 (Children of God for Life) – Fr. Matthew Schneider wrote an article in January of this year that generated much attention and discussion. In part, the article calls the reader’s attention to the ubiquity of aborted fetal cell lines in the testing of medications. The third paragraph of the article states:

“Below I will list out a sample of drugs tested on HEK-293 like Moderna and Pfizer vaccines, point out errors in their reasoning, point to two ethical things we should do as Catholics, and conclude with a point on over-thinking remote cooperation in evil.”

The errors in reasoning refers to those that argue against vaccines like those from Moderna and Pfizer since the vaccines and those like them offer benefit from abortion, and acceptance amounts to approval of abortion at some level. Fr. Schneider points out that such a standard should not be uniquely applied to vaccines, rather the standard should be applied to all medications. He points out inconsistency since there is no outcry, no application of the standard to other medications.

I would be in complete agreement with Fr. Schneider but for a couple of pesky, very important facts.

Let’s address the easy one first. It has not been common knowledge that aborted fetal cell lines are liberally and frequently used in pharmaceuticals, over-the-counter medications, artificial sweeteners and flavorings, and even some cosmetics. There are many reasons for this public ignorance but this is a topic for another day. Suffice to say that ignorance is a defense in this case. We did not know. I did not know. One cannot be inconsistent if one is not in possession of all relevant facts, especially if the facts are not easily discoverable. We know now, though.

Fr. Schneider himself did not possess the information that built his now-famous list of common medicines that have been tested in HEK-293 cell lines. He asked a medical doctor, Dr. Lisa Gilbert, to provide him with that list.

Now, let’s address the second fact. Fr. Schneider asserts that the medications on his list were tested in HEK-293 cell lines like the Moderna and Pfizer vaccines (emphasis added). Unfortunately, this assertion falls apart when one digs a little deeper beyond the results of a Google search.

Fr. Schneider’s article equates the use of aborted fetal cell lines in vaccine development to the ‘testing’ applied to his list of often-prescribed and common OTC medications. They are not – I repeat – they are not the same thing.  Fr. Schneider’s reference to aspirin (acetylsalicylic acid) as one of the OTC drugs ‘tested’ in aborted fetal cell lines is the best example to demonstrate the problem with his argument. Acetylsalicylic acid was first produced by French chemist Charles Frédéric Gerhardt in 1853 and the U.S. patent for aspirin was awarded to Bayer in the year 1900. Of course, aborted fetal cell lines were in the distant future, rendering their use in the development of aspirin an impossibility.

Fr. Schneider is referring to the subsequent use of aspirin (already developed, free of any association with abortion) and aborted fetal cell lines in some other experimental application, documented and published many years after aspirin hit the shelves. That does not retrospectively taint the development of aspirin as immoral. Is Henry Ford responsible for drunken driving or John Moses Browning responsible for armed robberies? Of course not. An immoral or irresponsible act subsequent to, and completely unrelated to, the creation of an object used in the commission of the act does not make the creator of that object an accessory or complicit in any way. I researched fourteen of the drugs on his list and found that thirteen of them fall into the same category as aspirin.

Tums, another example from his list, would be laughable if the backdrop were not so serious. Tums is a well-known antacid preparation, nothing more than calcium carbonate and sugar. It reacts with stomach acid to relieve indigestion. The effects of calcium carbonate have been known for ages and the industrial sources of this compound are sea shells, egg shells, limestone and chalk, to name a few. It is also present in broccoli and other green vegetables. It is literally everywhere. Decades ago, the Lewis-Howe Company decided to purify calcium carbonate, mix it with sugar, press it into tablets and sell it as an antacid. They wouldn’t have ‘tested’ (they didn’t) in aborted fetal cell lines for a number of reasons, the most important reasons being 1. The nature of Tums’ therapeutic effect – the neutralization of digestive acids in the upper GI. It does what it does without entering human cells – it reacts with acids in the stomach, producing water and carbon dioxide in the process, and, 2. Testing in aborted fetal cell lines would have been an impossibility since Tums was first produced in 1930. Just like aspirin, it’s quite a bit older than aborted fetal cell lines.

Moral equivalence and factual errors aside, the article kicks over a basic but very important point. The debate is unreasonably, irrationally focused on the PRODUCT – this drug is bad, that vaccine is immoral and so on.  The problem is the PRACTICE. Aspirin was not morally soiled by the French chemist who first produced acetylsalicylic acid. The immoral ACT (practice) that involved the PRODUCT came later, over a century later. Getting mad at aspirin won’t change the practice.

Fr. Schneider does raise some points on which we should all reflect.  He mentions that an almost exclusive focus on avoiding evil, extending to all degrees of remote cooperation, frustrates our ability (obligation, really) to do good. “Doing good, not avoiding evil, is the height of Christian morality”, are his words in summary of this point and I could not agree more! Imagine the progress we might make if we focus the intensity and energy associated with avoiding vaccines and other drugs with varying degrees of moral compromise on effecting behavioral, legislative and regulatory change. Changing hearts and minds. Ultimately, that is what all people of goodwill seek and we should check our individual and collective inclinations to better serve this most worthwhile end. I think he is absolutely right.

While we’re at it, let’s address a few other technicalities. Much has been discussed and written on how and why the Moderna and Pfizer vaccines are different, even to the extent that some consider one less evil (or more moral) than the other. What is true is that there is no practical difference between the two. I consider it a waste of time and energy perpetuating that argument, so let’s put the measuring tape away once and for all.

And let’s stop talking about aborted fetal cells in the product. Cell lines are used as expression and growth media or a test medium to measure cytotoxicity – there are no aborted fetal cells in any of the vaccines, the stuff that goes into the patient’s arm, even the vaccines that are grown in the cell lines. The vaccines that are actually grown in the cell lines do contain ‘residual components’ of the cells, but this is what little remains after the purification process which destroys the cells as the active ingredient of the vaccine is harvested. There are acceptability thresholds established by the FDA for these ‘residual components’ (cellular debris), not unlike the thresholds established for insect parts and rodent hairs in wheat flour, but there are no complete fetal cells in the vaccines.

Lastly, I’d like to draw from Fr. Schneider’s exhortation to do good and the fact that we are much more aware of the current state of affairs. The desire to know everything is understandable but, in the end, not useful. Our mission is to end the use of aborted fetal tissue in scientific research. We know enough to get to work on that.  Aborted fetal cell lines came from aborted fetal tissue. I see no material difference between them from a moral perspective. The current administration has greenlighted federal funding for aborted fetal tissue research. What is going on outside of the vaccine bubble is frightening, truly monstrous, and it promises to get worse. Much worse unless we get our collective act together and focus great intensity and determination on effecting change. It is the PRACTICE, not the PRODUCT, that needs to change. Let’s get after it.

Reprinted with permission by Children of God for Life