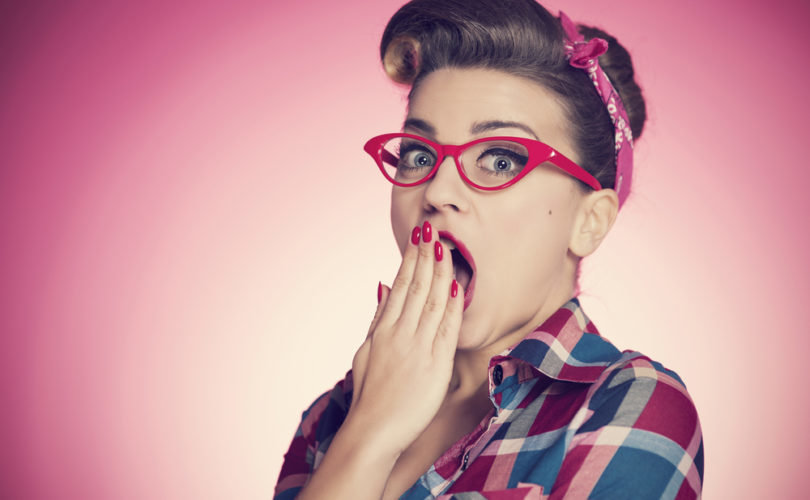 (LiveActionNews.org) – When I was a teenager and well into my 20s, Kurt Vonnegut was my favorite writer. I still appreciate his work, although now when I revisit it, I find things that bother me.

Anyway, Vonnegut described the shop as “a silly place, all about love and babies.” (I am relying on memory, but I believe this is far more accurate than not.)

You have to remember that the Internet, around this time, was dial-up. It consisted of AOL Instant Messenger and e-mail, and a fraction of what we now call at the internet. Each page was delivered to you at roughly the speed at which water boils at medium heat. And it was difficult to log on secretly in the middle of the night because the sound of the modem dialing up (don’t worry about what this means) was a cacophony of screeches, blips, and hisses, sometimes lasting several minutes, guaranteed to wake everyone in your home, and possibly your neighbor’s home.

I immediately thought back to the pornographic magazines I’d found in my friend’s dad’s closet when I was a kid. I remembered the violent imagery, the disgusting jokes, the little cartoon that made light of rape. I thought I’d stumbled upon something from the fringe, something dark and out of the ordinary. And I was surprised when, years later, I found out that the magazine – Hustler – was considered pretty mainstream and had about a zillion subscribers.

Later, I put it out of my mind. I was enlightened and Vonnegutian now.