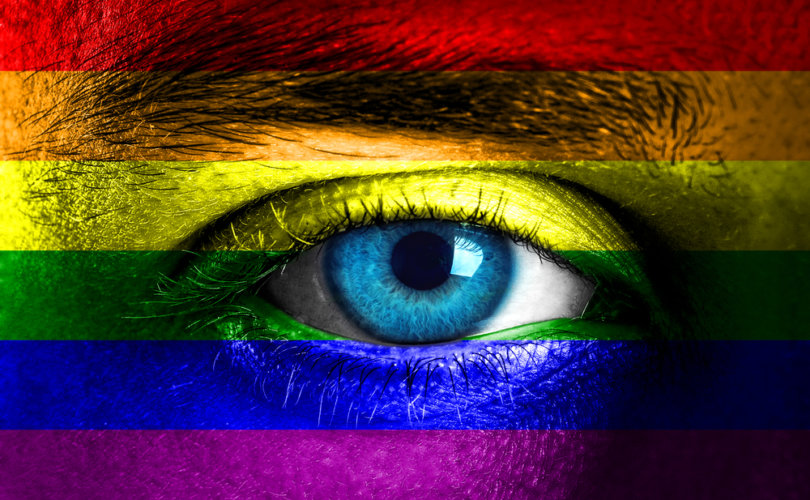 October 4, 2016 (BreakPoint) — I just saw a commercial during a football game that inspired me, and then irked me. A young black girl is shown growing up in the Civil Rights era, watching the achievements of African American athletes, political activists, and religious leaders. Believing she can become anything if she sets her mind to it, she fights for acceptance in financial firms, eventually graduates with an MBA, and becomes a Wall Street executive. “You may trod me in the very dirt,” she says, “but still, like dust, I rise.”

It’s a great message. But halfway through this ad for the University of Phoenix, alumna Gail Marquis is shown marching hand-in-hand with LGBT activists and waving a rainbow flag. The implication is crystal clear: The fight of African-Americans for equal rights is the same one LGBT Americans are fighting today.

Unbelievably, this conflation between skin color and sexual orientation surfaced during the recent unrest in Charlotte, North Carolina. In an interview with historian Brenda Tindal, Public Radio International’s John Hockenberry suggested that protesters and rioters who took to the street following the police shooting of Lamont Scott were actually angry about—get this—the new transgender bathroom law! Are you kidding me?

This kind of race-exploitation has infected even the highest levels of government. Back in May, U.S. Attorney General Loretta Lynch filed a lawsuit against North Carolina to force accommodation on the transgender bathroom issue. “It was not so very long ago,” she then lectured the nation, “that states, including North Carolina, had other signs above restrooms, water fountains and public accommodations, keeping people out based on a distinction without a difference.”

It’s a line that has won the LGBT movement virtually endless mileage. Nobody wants to be on the wrong side of today’s equivalent of the Civil Rights struggle, or to be viewed like racists by future generations.

But the fact remains, the two issues are just not the same. And black leaders—many of whom fought for the right to be treated as equal human beings decades ago—keep telling us this.

“The language of ‘civil rights’ shouldn’t be hijacked to give privileges to the politically vocal while taking away freedoms” for everyone else, said Bishop Patrick Wooden at a gathering of black faith leaders in Raleigh. And Pastor Leon Threatt of Christian Faith Assembly in Charlotte, agreed: “Restrooms and showers separated by biological sex is common sense.”

Other African American leaders upset with the attorney general have pointed out something I told you here on BreakPoint recently: Research shows the vast majority of gender dysphoric children will later abandon those feelings, and transgender individuals who “transition” from one sex to the other frequently have second thoughts.

One of those folks is Walter Heyer. Writing at Public Discourse last Tuesday, Heyer insists based on his own experience that in contrast to race, “people are not born transgender. And those who “wholeheartedly believe that they need a sex change…often…change their mind and go back.” He adds that the emotional devastation of buying the transgender lie can take a lifetime to heal.

The Civil Rights comparison will continue to crop up, but we’ve got to vocally and repeatedly point out why it’s false. Sexual urges don’t determine who we are, and recognizing the fact that God created us male and female isn’t racism. It’s reality.