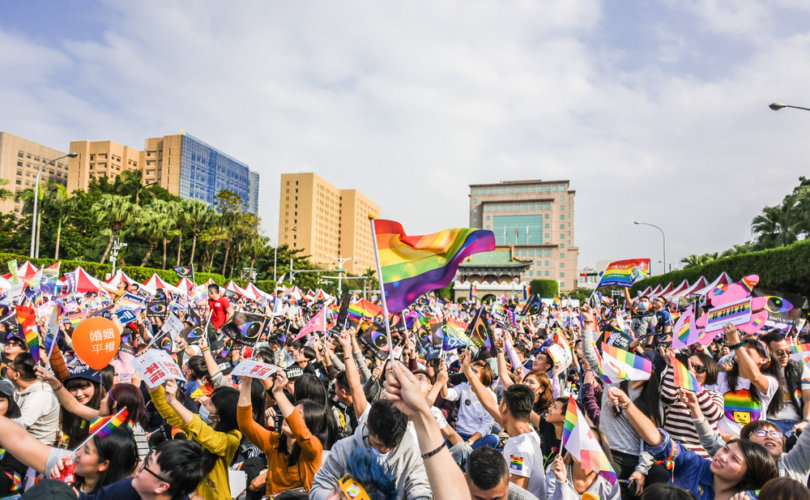 June 28, 2017 (LifeSiteNews) — LGBT people are starved of the truth of the Gospel in today’s world. I should know. I was one of them.

I divorced my wife, left the Church and lived as a gay man for more than a decade. I even publicly promoted same-sex marriage. Since then, attracted first by the irresistible pull of natural law and then the Gospel, I have returned to my wife, pulled our family back together, returned to full communion with the Catholic Church and am now a marriage, family, and children's rights activist.

Increasing numbers in the church think it is a kindness to refrain from speaking truthfully to the same-sex attracted and gender-challenged. This is a dangerous untruth, jeopardizing millions of lives.

Cardinal Sarah recently made an impassioned plea to his brother priests and bishops to stop depriving the same-sex attracted from the ‘hard parts of the Gospel’ and to instead lavish us with its life-giving truth that we too might live in freedom as sons and daughter of God.

It was the truth of the Gospel — especially the hard truths about needing to repent and change my life — that drew me back to the Catholic Church.

Late March 2013 was a busy time for me. My wife and I took our family plus three of our youngest son’s high school varsity football team friends to Myrtle Beach for spring break.  Less than 36 hours later, I was on a flight back to Washington, D.C., to speak at the National March for Marriage and to participate in a panel at the Heritage Foundation stating my opposition to same-sex “marriage” because of its impact on children.

After the march and rally, I flew back to the peace and quiet of Myrtle Beach. The next day was beautiful, and after lunch I went for a walk by myself in the surf. I was glad to get away from all the hoopla and crowds and to begin to decompress after an intense couple of days.

Suddenly, my cell phone started ringing and vibrating like crazy. I was being bombarded with calls and text messages. I reluctantly pulled my cell phone out of my pocket — after all, I was on vacation, and at that moment I regretted bringing my phone along with me for the walk.

I looked at the screen, and it displayed one text after another from friends around the country: “Rush Limbaugh is talking about you.” Momentarily stunned, I hightailed it back to the house to get to a radio. Sure enough, Rush was talking about a piece that LifeSiteNews had carried the previous day: “I’m gay, and I oppose gay marriage.” (FYI — I used the term ‘gay’ because I realized early on that almost no one knew what I was talking about when I used the term ‘same-sex attracted’ to describe myself).

Although the piece was originally published at Public Discourse a couple weeks before, it was the LifeSiteNews headline (which differed from the PD headline) that caught the attention of Rush and his staff. Rush's website provided a link to the LifeSiteNews article.

The important takeaway is this: LifeSiteNews, by republishing, retitling and adding a picture to the piece greatly amplified the impact of the story.

Would you consider supporting the great work of this organization, to bring the truth to millions of people who wouldn’t otherwise hear it elsewhere. Click here to donate

LifeSite’s summer fundraiser is almost over, and we are still in need of support from our readers to keep this mission fully operational. There is so much work to be done for life and family!

This is from Rush's archive:

. . . There’s also a Republican Tea Party member, a guy named Mainwaring. He’s gay, and he has a piece that I have here in my Stack. He’s just opposed to gay marriage like you can’t believe.

RUSH: Here is this guy Doug Mainwaring. I mentioned earlier, Doug Mainwaring is cofounder of the National Capitol Tea Party Patriots . . . Basically the headline says it all: “I’m Gay and I Oppose Gay Marriage.” His piece says, “Marriage, from the state’s perspective, is about kids. Period. That’s the reason the institution exists. We should tremble at and fear the notion of undoing it.”

That message got through to 10 million-plus Rush listeners thanks to LifeSiteNews.

The full transcript can be found here.