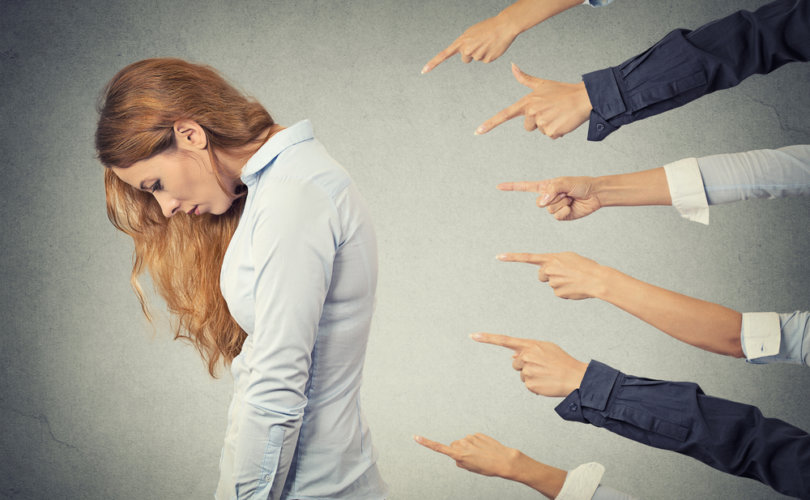 May 25, 2016 (BreakPoint) — When liberal journalists come out and confess their bias, it’s tempting to say, “The first step to recovery is admitting you have a problem.” But don’t. This is good news.

Writing at the New York Times recently, columnist Nicholas Kristof took that hard first step. The title of his piece says it all: “A Confession of Liberal Intolerance.”

“We progressives,” he writes, “believe in diversity, and we want women, blacks, Latinos, gays and Muslims at the table, so long as they aren’t conservatives.” (Or, one might reasonably add, evangelical Christians).

Kristof and fellow liberals profess a love for tolerance and diversity. But when it comes to the most important kind—diversity of thought—he admits that the gatekeepers in academia and the media actively stigmatize those who hold views different from their own.

“We’re fine with people who don’t look like us,” he writes, “as long as they think like us.”

Universities, once recognized as bastions of tolerance and diversity, bear perhaps the greatest blame. Kristof cites studies showing that just 6 to 11 percent of humanities professors are conservatives. Fewer than one in ten social-studies professors call themselves conservative. For perspective, consider that twice that number identify as Marxists!

And lest anyone blame this on conservative self-selection, a third of academics openly admit that they would be less likely to hire a qualified candidate who voted Republican. Black, evangelical sociologist George Yancey says he faces more discrimination on campus for his Christian beliefs than he does off-campus for the color of his skin. This aggressive bias turns classrooms into hard-left “echo-chambers” where only one side of any debate is ever heard.

Kristof took his concerns to Facebook, where he asked his mostly liberal followers why those who pride themselves on tolerance can be so intolerant. The replies he got were stunning.

“Much of the ‘conservative’ worldview consists of ideas that are known empirically to be false,” commented one fellow liberal.

Why stop with conservatives? asked another. “How about we make faculties more diverse by hiring idiots?”

Wow. Kristof was understandably dumbfounded. “My Facebook followers have incredible compassion for war victims in South Sudan, for kids who have been trafficked, even for abused chickens, but no obvious empathy for conservative scholars facing discrimination.”

Rather than serving as an unbiased meter of what people are talking about, concluded Gizmodo, “Facebook’s news section reflects “the biases of its workers and the institutional imperatives of the corporation.”

Whatever your political persuasion, this skewing of education and news to push an agenda is toxic to free societies. It’s gotten so bad that even a few brave liberals are asking, “Is this really what we stand for?”

And we should applaud them! But it’s only a start. If we want other voices heard in academia and the media, we have to make the case for why that’s crucial—both by helping our friends and neighbors recognize the bias, and by offering our own voices in answer to the echo.