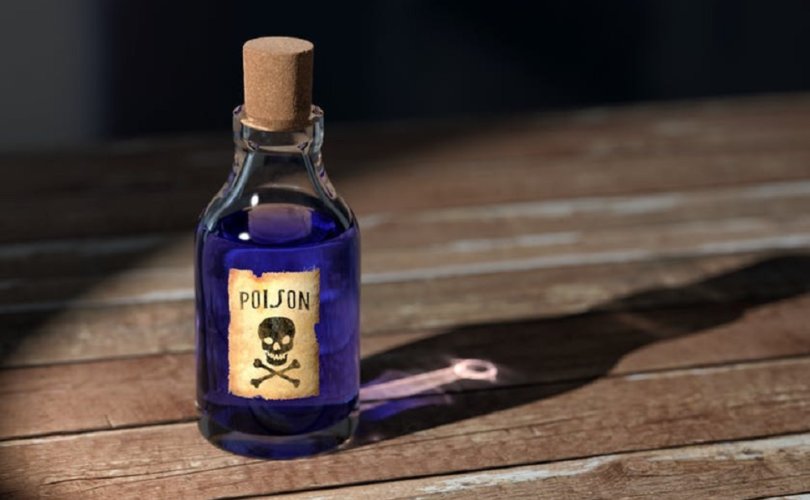 October 25, 2018 (American Thinker) – Ever since the election of Donald Trump as president of the United States, the American left has been – as my mother likes to put it – in “rare form.” Such “form” these last two years has resulted in obscene fits by individual leftists and, yes, liberal mobs. Someone should ask these petulant, angry leftists – as did my mother when she encountered a tantrum (usually from a child): do you get a fever with those fits?

The answer is no, because – in spite of what many have implied as they've witnessed the rage, violence, and vulgarities so often employed by today's liberals – we're not dealing with sickness or mere lunacy, craziness, stupidity, or even the deranged. These characterizations are tempting – I've used them myself – and often accurate, but they fail to describe best what we are dealing with.

As Selwyn Duke alluded to recently, and others noted more directly years ago, modern liberalism – aided and abetted by the Democratic Party – is a dastardly tool of the enemy of all mankind. It's like a modern-day Mephistopheles luring hordes of Faustian fools with promises of worldly pleasure – especially sex – and perpetual provision from a paternalistic, godless nanny state. Such dark pursuits consume their personal lives and thus their politics as well. This is what results when one makes a god of government.

Speaking of “dark pursuits,” it seems that witches now outnumber Presbyterians in the U.S. Speaking of witches, it seems the Brett Kavanaugh confirmation brought them even more into the mainstream of modern liberalism – so much so that, now that we've entered the Kavanaugh era of the Supreme Court, Vox saw fit to report on how modern-day witches are helping the “faithful” to cope.

Part of this coping involves placing hexes on Justice Kavanaugh. New York City witches have an event scheduled this coming Saturday for devoted occultists. A $10 donation is suggested for those attending. Half of the proceeds will be split between Planned Parenthood and an LGBT organization. Justice Kavanaugh is just the latest target of those invoking witchcraft to “magically bind” President Trump and his administration.

It seems Arizona Democrat Kyrsten Sinema, who's battling Colonel Martha McSally – a former fighter pilot and combat veteran – for Jeff Flake's seat in the U.S. Senate, has long been impressed with those who invoke the “dark arts.” As the Washington Examiner notes:

It was during the height of the Iraq War when Sinema, then a far-left protest-organizer, summoned supernatural help to stop the war.

Emails obtained by the Washington Examiner show Sinema inviting a prominent coven of feminist witches in Arizona called Pagan Cluster to celebrate International Women's Day and to protest the war in March of 2003. Code Pink protesters wore pink, obviously enough, and the Women in Black wore black. But Sinema encouraged the witches to wear “colorful clothing and come ready to dance, twirl, and stay in touch with your inner creativity and with the Earth.”

Whether a baker, a florist, a coach, a campus speaker, an insurance company, a fast food chain, a Supreme Court justice, or the president of the United States, anyone or anything who stands in the way of the wicked efforts of American liberals to remake our nation into a pagan utopia has become a target of the angry, vengeful left. Ugly mob tactics (which are encouraged by elected Democrats) and witchcraft (which, as noted above, was embraced by wannabe-elected Democrats) are just two of the despicable means employed by those corrupted by liberalism.

We should be somewhat thankful for the mobs and the witches operating so openly. With such clear “nastiness,” the mask further slips from what the modern Democratic Party really represents. As Sun Tzu reveals, “in the midst of chaos, there is opportunity.”

The more subtle strategies employed by liberals are more dangerous, because they're more effective. The devil's more deadly when he operates ignored and unseen for what he really is. “Health care is a right.” “Love is love.” “Women have the right to choose.” “Save the Earth!” All of these are much more effective than hexes, ignorant chanting and clawing at heavy locked doors like mindless zombies, shouting at your political opponents in restaurants, or physically assaulting those with whom you disagree.

The recent political victories of Donald Trump and Republicans have done more than improve our economy and discourage our enemies. By taking power from the left, they've helped bring darkness into the light. As Verbal Kent put it, “the greatest trick the devil ever pulled was convincing the world he didn't exist.” With today's liberals fighting so desperately to hold on to, or regain political power, that trick is getting harder to pull off.

Trevor Grant Thomas: At the Intersection of Politics, Science, Faith, and Reason.
www.trevorgrantthomas.com
Trevor is the author of the The Miracle and Magnificence of America
[email protected]