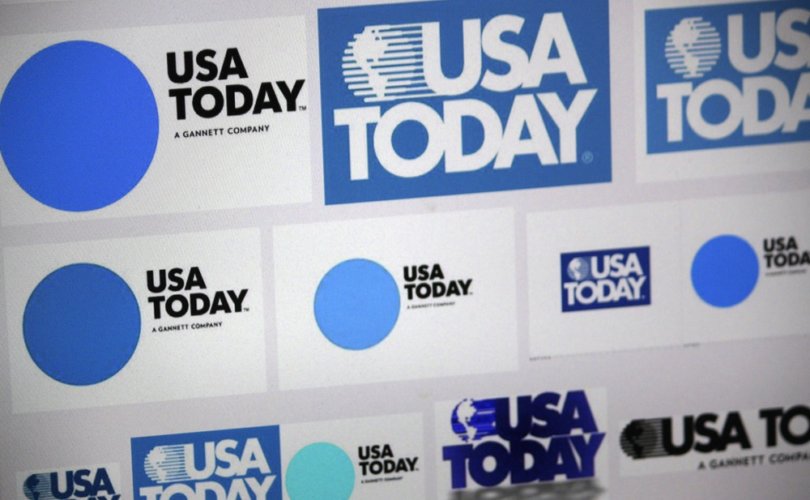 June 30, 2020 (Operation Rescue) — USA Today has taken a sudden interest in a series of articles originally published at www.OperationRescue.org and reprinted by www.LifeNews.com related to former Ohio Department of Health Director Amy Acton, who resigned on June 11, 2020.

USA Today’s “fact-check” can be read in its entirety here.

The four claims — and USA Today’s reactions to them — will be addressed one at a time.

1.“Acton was an ‘activist’ for the campaign of Barack Obama.

While USA Today seemed to take issue with our calling Acton an “activist” instead of a “volunteer,” it found that our statement was factual.

There was also a discussion about claiming Acton was a Democrat, because in certain elections she did not declare a party. However, we stand by our statement that Acton identifies as a Democrat because every time she has declared a party affiliation, it has always been for the Democrat Party, even according to USA Today’s own information.

2. “Acton has ‘ties to abortion charities.’”

USA Today disputed this claim as “specious at best.” However, it admitted that before Acton accepted the job as Ohio Department of Health Director, she worked at the Columbus Foundation, where she served as a “Community Research and Grants Management officer” who directed funds to non-profit organizations specified by the donor. It also confirmed that NARAL Pro-Choice Ohio Foundation and Planned Parenthood of Greater Ohio were among such accounts managed by Acton, along with various other non-profits, some of which were pro-life organizations.

USA Today noted that “Acton’s specialty was assisting homeless youth” because “Acton herself says she was homeless for a winter growing up.” It implied heavily, without documentation, that the 4% of undesignated funds went to help homeless youth. It insisted that Acton had no “connection” to abortion charities.

However, Operation Rescue never made any claims as to where Acton placed the 4% of undesignated gifts.

Acton’s claims of homelessness are disputed by her mother, Donna Arthur, who contacted Operation Rescue to tell her side of the story after reading Acton’s public claims about her childhood. Arthur insists her daughter was never homeless, was always fed, and was never neglected while Arthur had custody of her up until she was 12 years old. It is noteworthy that Arthur also claims that from early childhood, her daughter had a propensity to lie. Therefore, Acton’s homeless claims, repeated as fact by USA Today, are disputed by the one person who would actually know the truth.

We stand by our assertion that Action has “ties to abortion charities.” She arranged for designated financial gifts to go to NARAL of Ohio and Planned Parenthood. Because she serviced those accounts — apparently without known complaint — that makes her “tied” or connected to them. It would only be fair to say she was not connected to abortion charities if Acton had never serviced those accounts

USA Today claims that statement is false because Acton followed the law.

The clinic, owned and operated by nationally-known late-term abortionist Martin Haskell had been engaged in a long-running licensing dispute with the Ohio Department of Health, which had acted to revoke its facility license due to failure to meet licensing requirements that mandated abortion facilities maintain a local hospital transfer agreement or an approved agreement with back-up physicians that could provide hospital care to patients since no abortionist on staff with the Women’s Med Center of Dayton held such privileges, including Haskell.

Those facts are not in dispute.

Operation Rescue stands by its claim that a license was granted due to Acton secretly working with the Women’s Med Center of Dayton to circumvent the abortion license revocation after the Ohio Supreme Court announced it would not hear Haskell’s appeal of a State Appellate ruling that cleared the way for the ODH to revoke the facility license.

A timeline with links to documents is presented here to help clear up the confusion.

§  June 26, 2019: Women’s Med Center of Dayton submits an agreement with three back-up physicians and requests it be used to grant a variance from the hospital transfer requirement. That agreement was not accepted.

§  August 25, 2019: The Women’s Med Center of Dayton submits a new application changing the name of the clinic to Women’s Med Dayton — one day before Acton’s letter informing them one was needed. This indicates coordination between Acton and the Dayton abortion facility.

§  August 26, 2019: Acton sent a letter to Women’s Med Center of Dayton informing them that if they want an abortion facility license, they must refile a new application — something WMCD had already prepared.

§  Also that same day, Women’s Med Center of Dayton (not the new Women’s Med Dayton as on the application), resubmitted a revised variance application and back-up physician agreement.

§  October 25, 2020: Acton sends a letter to WMCD approving the August 26 variance even though it does not reference the Women’s Med Dayton. She also informs WMCD that the new application (under Women’s Med Dayton), will be reviewed and an inspection scheduled. She adds, “It is my expectation that the Women’s Med Center will comply with the requirements” for a new license.

§  October 29, 2020: The Ohio Supreme Court issues a refusal to revisit their decision not to hear the WMCD licensing case. This exhausts WMCD’s appeals.

§  The Women’s Med Dayton application was listed as pending.

§  November 5, 2019: Acton issues a new abortion facility license to the Women’s Med Dayton using the variance submitted in the name of the now shuttered Women’s Med Center Dayton, even though her August 26 letter notes that, “Any variance request would have to be in support of a new license application.”

Based on this documentation, it is clear that Acton acted in cooperation with Haskell to make sure the Dayton facility was licensed. She accepted a back-up physician agreement filed under the name of the shuttered Women’s Med Center Dayton to support the new Women’s Med Dayton application, and used it to make it appear the Women’s Med Dayton clinic complied with licensing requirements. This is the very definition of a “duplicitous paperwork shuffle” and Operation Rescue stands by that claim.

4. “The Dayton abortion clinic is allowed to ‘abort babies up to birth.’”

USA Today finds this claim to be false, which shows Darrel Rowland, who conducted the “fact check” has little understanding of how late-term abortions for “fetal indications” fit into the exemptions in Ohio law.

It is true, and the news organization states, that a 2017 state law prohibits abortions beyond 20 weeks gestation with exceptions for non-viable fetuses or if the mother will suffer a “substantial and irreversible impairment of a major bodily function” if the pregnancy were allowed to continue.

Viability is always determined by the abortionist. An unborn baby may be considered “non-viable” at any stage of pregnancy — including up to the time of birth — if the abortionist decides that the baby will not survive birth, or will not experience “sustained survival” after birth.

Here is a quote from KFF.com, which is the website for a California-based health care policy organization.

In a subsequent Supreme Court case on abortion, the court defined viability as follows:

“Viability is reached when, in the judgment of the attending physician on the particular facts of the case before him, there is a reasonable likelihood of the fetus’ sustained survival outside the womb, with or without artificial support. Because this point may differ with each pregnancy, neither the legislature nor the courts may proclaim one of the elements entering into the ascertainment of viability — be it weeks of gestation or fetal weight or any other single factor — as the determinant of when the State has a compelling interest in the life or health of the fetus.” Colautti v. Franklin (1979)

Therefore, if an unborn baby is determined by the abortionist attending the mother to be non-viable due to health conditions of the baby, a baby may indeed be legally aborted up until the time of birth, even in Ohio due to the non-viability exemption.

The Dayton clinic’s own website confirms that it does in fact offer abortions for “fetal indications” on unborn babies it deems “non-viable.”

In conclusion, the “fact check” done by USA Today inaccurately classifies various claims made by Operation Rescue as not factual or only partially factual, when in reality, every claim we have made is backed up by substantiating documentation.

Operation Rescue President Troy Newman summarized, “It would be accurate and fair to say, based on the flaws in the USA Today’s fact-checking story, that their false conclusions are ‘fake news.’”