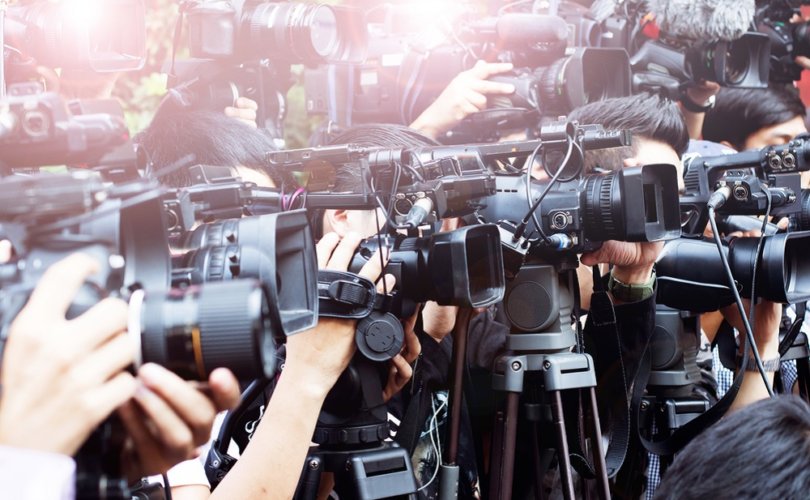 October 11, 2019 (American Thinker) — In order to remove the U.S. president, the vice president, federal judges, and other federal officials from office, Article I, Section II of the U.S. Constitution gives the U.S. House of Representatives “the sole Power of Impeachment.” Article I, Section III gives the U.S. Senate “the sole Power to try all Impeachments.” In the history of the United States, the U.S. House has initiated impeachment proceedings dozens of times; however, only 19 individuals have faced actual Articles of Impeachment.

Most of these 19 were judges, and most were acquitted or resigned from office before facing trial in the Senate. All, save two, were impeached for “high Crimes and Misdemeanors.” In addition to the charges of bribery and treason, George Mason, a Virginia delegate to the Constitutional Convention who is known as the “Father of the Bill of Rights,” proposed adding the phrase “high Crimes and Misdemeanors” as cause for removing executive and judicial officials from federal office.

For a better understanding of how our founders viewed high crimes and misdemeanors, the Federalist Papers provide insight. In Federalist 65, to explain impeachable offenses, Alexander Hamilton wrote of “those offences which proceed from the misconduct of public men, or in other words from the abuse or violation of some public trust. They are of a nature which may with peculiar propriety be denominated political, as they relate chiefly to injuries done immediately to the society itself.”

In other words — as just about any sentient adult who was alive in the late 1990s well knows — impeachment is a political, not a criminal, process. A person or persons can be impeached, whether or not their actions are technically criminal. And though the word “impeachment” almost always implies the removal of a public official from office, to “impeach” simply means “to challenge the credibility of; to bring an accusation against; to call into question; or to cast an imputation upon.” (This is exactly what happens to an “impeached” individual at his “trial.”)

As Hamilton makes clear, those “public men” who have abused or violated the public trust, and whose actions are injurious to society itself, must be impeached. I submit to you that no one in our society today is more worthy of impeachment than the liberal members of the mainstream media, whose offensive “misconduct” — almost always resulting in political injury — has grievously poisoned our culture.

For decades now, in violation of the public trust, liberals in the American mainstream media — including the news, information, and entertainment media — have willfully corrupted the values and institutions that made the United States of America into the greatest nation in the history of humanity. Their lies and immorality have wrought havoc on families, churches, schools, businesses, corporations, governments, and so on.

Contrary to their sacred duty to provide what is truthful, they have willfully presented false and misleading information to the public at large concerning, but not limited to, the following:

1. The election of Democrats over Republicans. This is especially disconcerting when it comes to the news media. Violating the Journalist's Creed where it declares that “a single standard of helpful truth and cleanness should prevail for all,” for over a half-century now, the liberal news media — which constitute the vast majority of the news media — have deliberately deceived the voting public in order to see Democrats elected. This has never been more true and clear than with the election of Donald Trump as President of the United States. Even after the historic Democrat losses in the 2016 election, for over two years now, in their lust to undo the 2016 election, the liberal news media have regularly engaged in malpractice and corruption and have well earned the title “merchants of propaganda.” Barely 100 days into his term as president, the liberal American media were clamoring for the impeachment of President Trump, while for months and years they ignored or played down the corruption of his election opponent, Hillary Clinton.

2. The role of good government — especially in most every fiscal matter. With the United States government over $20 trillion in debt, liberals in the media continue to promote an ever growing welfare state. With regard to health care, housing, food, retirement income, education, cell phones, and so on, media liberals continue to misinform the electorate that such things are a “right” and thus we must demand them from our government. In doing so, media liberals have trampled the Constitution and ignored the warning and instruction of men like President Grover Cleveland — a Democrat — in the late 19th century when he declared, “Once the coffers of the federal government are opened to the public, there will be no shutting them again[.] … It is the responsibility of citizens to support their government. It is not the responsibility of government to support its citizens.”

3. The nature and details concerning radical Islam and Islam in general. In spite of the continued carnage (Nigeria provides a tragic constant reminder), liberals in the media continue to paint Islam as a “peaceful religion” and radical Islam as nothing much of a going concern. As I've noted multiple times, with significant detail: Islam is an enforced religion with a violent founder, a violent founding, and a very violent past and present. Islam is generally repressive to women and to those of other faiths. Islam is typically financially devastating and technologically backward. Any politician, pundit, or journalist who attempts to paint Islam or Islamic nations in a positive light is at the least not giving the whole picture and is at the worst a political and moral coward.

4. The nature and details of the burning of fossil fuels as it relates to global climate change — specifically what is often referred to as “global warming.” In addition to hyping the fake science of climate change, media liberals have aided and abetted what has been frequently deemed “the greatest scientific fraud of all time.” This has led to what has been called “the greatest scandal in science” — where so-called “champions of science” have falsely declared that “the debate is over” and that a left-wing big-government agenda must be pursued in order to achieve what is humanly impossible: halting climate change.

5. The nature and role of sound immigration policy. In order to elect more liberals to political office, the liberal American media have pushed an open-borders policy that threatens the safety, security, and economy of the United States of America. Historically, the United States is the friendliest nation in the world toward immigrants. However, far from simply promoting assimilation and the accurate idea that America is the “land of opportunity,” the liberal media have promoted the false notion that it is the responsibility of American citizens to provide immigrants and illegal aliens with “free” food, housing, education, and the like.

6. Whether through pornography or the promotion of fornication, adultery, promiscuity, homosexuality, and the like, media liberals have grossly misled the public when it comes to right and proper behavior in all things sexual. The perverse lie that any sexual activity is permissible as long as it occurs between “consenting adults,” has resulted in widespread tragic consequences, including the rampant spread of sexually transmitted diseases, rampant divorce, over 40% of all U.S. births out of wedlock, and the deaths of tens of millions of helpless children in what should be one of safest places in the universe: the mother's womb.

7. The nature and details of life in the womb. In order to justify abortion (and, as logic dictates, the “right” to have sex without consequences), media liberals have aided and abetted the many lies of the abortion industry. To justify the slaughter of tens of millions of children in the womb, abortion apologists in the American media have long used the de-humanizing language employed by no less than the Nazis.

8. The nature and details of what marriage is. In defiance of the vast majority of the American electorate — in addition to sound science and clear, longstanding morality — and in support of the perverse homosexual (LGBT) agenda, the liberal American media helped bring about the legal redefinition of the oldest institution in the history of humanity.

9. The nature and details of what is a male and what is a female. In further support of the madness and perversion that is the LGBT agenda, the liberal American media are engaged in perhaps their strangest effort yet. In defiance of what is plain to most, they — including even the sports media (who, perhaps more than most, should know better), and aided by no less than the former president of the United States, Barack Obama — have promoted the insanely foolish notion that one's sex (gender) is mutable.

The liberal American media, by such conduct, warrant impeachment; removal from their offices; and disqualification to hold and enjoy any office or position of information, entertainment, honor, trust, or profit under the United States. Though there is no formal process for this to occur, each of us can certainly choose to personally impeach them in his own life.

Trevor Grant Thomas: At the Intersection of Politics, Science, Faith, and Reason.
www.trevorgrantthomas.com
Trevor is the author of The Miracle and Magnificence of America.
[email protected]