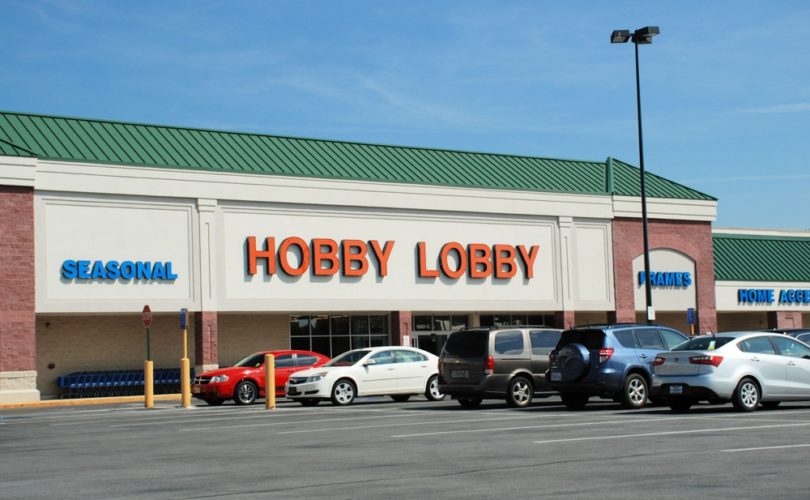 In a recent op-ed piece, New York Times columnist Ross Douthat noted that, for a generation, “liberals have bemoaned the disappearance of the socially conscious corporation, the boardroom devoted to the common good.”

According to this narrative, “C.E.O.s [once] recognized that they shared interests with workers and customers . . .  [and] wages and working hours reflected more than just a zeal for profits.”

As the use of the past tense makes clear, this is no longer the case. But there are exceptions. Last year, Demos, a left-of center policy website, hailed one company “‘for thumbing its nose at the conventional wisdom that success in the retail industry’ requires paying “‘bargain-basement wages.’”

Regular BreakPoint listeners can guess the name of the company: Hobby Lobby. But the same Hobby Lobby that pays its workers a decent wage is nonetheless, in Douthat’s words, “liberalism’s public enemy No. 1.”

This enmity is only part of a larger irony. Douthat points to what he calls “an interesting situation in our politics: The political left is expending a remarkable amount of energy trying to fine, vilify and bring to heel organizations—charities, hospitals, schools and mission-infused businesses—whose commitments they might under other circumstances extol.”

Never mind that these organizations serve the people whose plight liberalism ostensibly exists to remedy, what matters to much of contemporary American liberalism is that they are the “wrong” side of the Sexual Revolution.

The key word, for a Christian friend and colleague of mine, is “contemporary.” He has no trouble describing himself as “liberal” when it comes to economic and racial issues, but he laments what he calls the “great betrayal.” That’s when liberalism stopped caring about the poor and working classes and became, instead, concerned with safeguarding “lifestyles” and sexual freedom.

Obviously, there are liberals who are concerned about all of these issues, but to paraphrase our Lord, where your energies are directed, there will your heart be also.

And the reaction to the Supreme Court’s Hobby Lobby decision and the companies who challenged it make it clear what the “political left” is most concerned about.

The concern is so overwhelming that they are, as Douthat rightly points out, willing to throw the poor and vulnerable under the bus. If Justice Ginsburg’s dissent had been the majority opinion, the most likely result would have been, as Douthat wrote, “fewer religiously motivated business owners—and more chain stores that happily cover [abortifacients] but pay significantly lower wages.”

Likewise, if you “pressure religious hospitals to perform abortions or sex-reassignment surgery (or some eugenic breakthrough down the road), and you’ll eventually get fewer religious hospitals—and probably less charity care and a more zealous focus on the bottom line.”

Of course, the principal victims of this effort to bring religious groups to heel aren’t the religious groups themselves and certainly not the ones attempting to impose ideological conformity. It’s the people served by these groups.

This should be obvious. The fact that it isn’t is testimony to the hold of the Sexual Revolution and its definition of freedom over the contemporary liberal imagination. It didn’t used to be that way, and it shouldn’t be that way.

But it is. Which is how Hobby Lobby, a company that proves “doing good for workers can also mean doing good for business,” winds up on a “most wanted” poster.