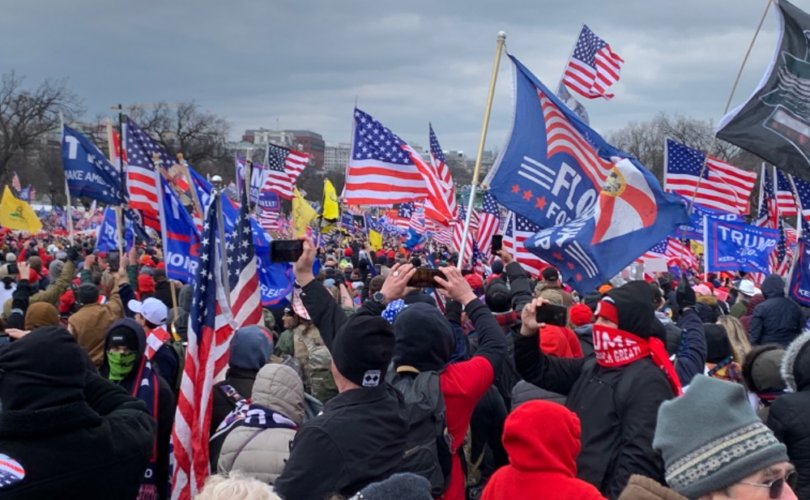 WASHINGTON, D.C., January 6, 2020 (LifeSiteNews) – LifeSiteNews reports on matters of life, faith, family, and culture. Since 1973, the United States has lived under a deformed law that dehumanized an entire segment of humanity and has resulted in at least 60 million dead babies. Let that number sink in.

More recently, unelected judges have decided that the fundamental reality of biologically determined gender is unlawful. Just this week, Democrats in the House of Representatives banned the use of terms such as mother and father, son and daughter. LifeSiteNews has never condoned political violence in any way – indeed, the whole pro-life movement is an anti-violence movement, opposing violence committed against defenseless humans – but we also realize we cannot be blind to the terrible legal, political, and cultural damage that has been and continues to be perpetrated by the radical left. Theirs is a totalitarian mindset which allows no dialogue, no debate, no law, and no order.

Today’s violence at the U.S. Capitol is not an isolated incident. It is the result of ever increasing and ever oppressive state-sanctioned lawlessness that has only ever become a matter for debate to the political class but which is becoming intolerable to mainstream America.

We will not know who stepped over the line from protest to mob until the investigations (which are surely forthcoming) are conducted, but we do know one thing: When a long train of abuses are piled one atop another with ever increasing oppressiveness, and freedom and democracy are blatantly flaunted and crushed as they were in this November’s elections and the fascistic COVID lockdowns that essentially put most of America under house arrest, the people will respond, and not always peacefully.

The violent events that occurred in Washington, D.C. are not good for America, but let’s not kid ourselves: Trump did not cause them by demanding election integrity. Decades and decades of increasing lawlessness and government tyranny did.