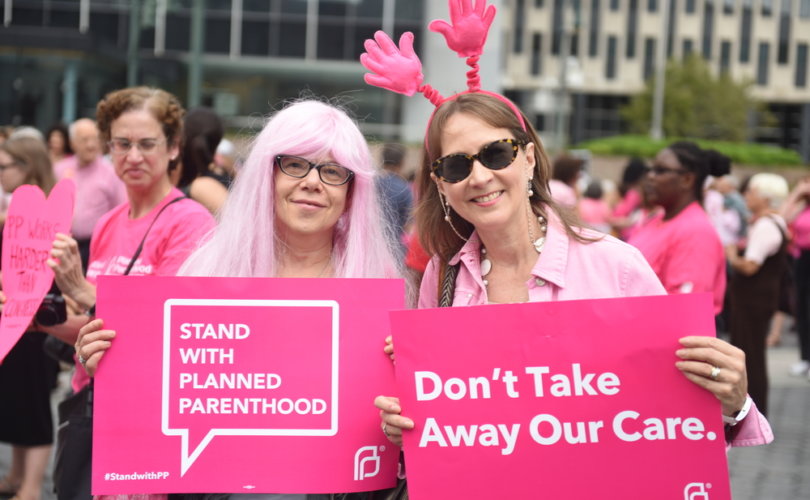 Though buoyed by well over $500 million in taxpayer dollars each year, Planned Parenthood offers little else beyond abortion. That’s why staff at seven local clinics tell callers to “just go online” or “just Google” information on services ranging from prenatal care to adoption and parenting resources in a video released last Wednesday by Live Action.

In two especially chilling moments, Planned Parenthood staffers tell women who are looking for an ultrasound that they don’t do ultrasounds—not unless the plan is to take the baby’s life through abortion, that is.

“We don’t do any ultrasounds for prenatal care,” a staff member at a Council Bluffs, Iowa, Planned Parenthood tells a caller. “We do them when we’re doing abortions, but not for any other reason.”

In fact, another video Live Action released back in January caught 92 Planned Parenthood locations admitting the fact that they do not offer prenatal care, which is in direct contradiction to spurious, repeated claims by company CEO Cecile Richards.

To Planned Parenthood’s credit, staff at one of those 92 locations that doesn’t offer prenatal care did have the presence of mind to refer a client to a local pro-life pregnancy center. There’s always something to be said for a blind squirrel finding a nut, after all.

For Thee, But Not for Me

But last Wednesday’s video exposes more than meets the eye. Yes, Planned Parenthood aborts a highly disproportionate number of its patients, and yes, you’d have a better chance of finding a three-legged ballerina than a Planned Parenthood that provides prenatal care.

Beyond that, however, the video reveals a crucial double-standard the abortion lobby—starring Planned Parenthood—has presumed upon the pro-life alternatives to abortion it's targeting in states like Illinois, California and Hawaii.

By sending women to the Internet to look for alternatives to abortion, Planned Parenthood staffers are doing the very thing its lobbyists and comrades in statehouses across the nation are on a mission to stop pro-life pregnancy centers from doing—even if it means trampling the First Amendment.

In California and Hawaii, pro-abortion supermajorities have voted through legislation that would force Christian nonprofit pregnancy centers—including those operated in and by local churches—to advertise taxpayer-funded abortions at the very outposts set up to offer an alternative to the deadly practice.

The California law is likely headed to the Supreme Court, while Hawaii’s legislation sits on the governor’s desk awaiting his signature.

In Illinois, the situation is even grimmer, as the state is attempting to force pro-life medical professionals not only to advertise abortions, but to actually cultivate a list of known abortion providers within a local proximity and be ready to hand the list over to a client.

Where Will Pregnant Women Get the 411?

This, of course, violates every tenet of free speech and free exercise of religion guaranteed by the First Amendment, and pro-life attorneys have argued as much in court, gaining a preliminary victory in Illinois while the state and federal courts sort out the case.

On a practical level, pro-life lawmakers and lawyers have regularly argued that the disclaimers and referrals are unnecessary because abortion business listings are so easy to find on the Internet or through the Yellow Pages—which would seem to meet the on-the-ground standard of care offered by Planned Parenthood.

Questioned whether a pro-life doctor or nurse could simply direct a client to look in the Yellow Pages rather than cultivate and distribute a list of abortion businesses, Lori Chaiten of the ACLU told one Illinois house committee that idea was anathema back on May 13, 2015.

“So, I would like to think that a healthcare professional wouldn’t just hand the Yellow Pages,” Chaiten said. “This is about the patients really just not knowing where to turn.”

If the witch-hunt against alternatives to abortion really was about making sure women knew where to turn, wouldn’t we expect Planned Parenthood’s brass to come unglued in reaction to revelations that its own staff sends women to the dreaded Internet—or worse yet, the Yellow Pages—for information?

Of course, that’s not what this is about at all, and we can thank Live Action for yet another arrow of truth we can add to the quiver.