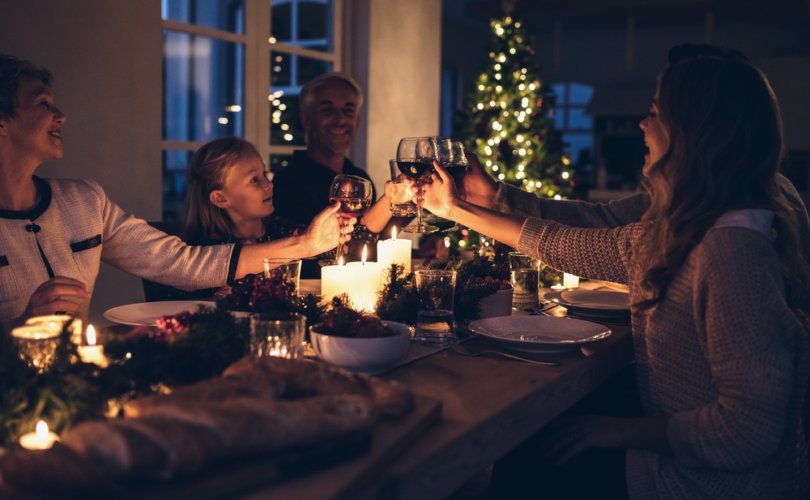 I have to admit that news of governments calling to “cancel” Christmas – like they actually can wipe from the face of the earth one of the most important religious celebrations for Catholics and Christians around the world – has made me angry like never before.

I have had my fair share of angry moments in my life and have been in some very tough situations which have tested my resolve to trust God with 100 percent faithfulness. Just so we are clear, God always pulls through, the power of prayer is real, very real.

But as a Canadian, when I first heard of the news that Ontario Premier Doug Ford said families should avoid “holiday parties or large family dinners” for 2020 in a politically correct announcement about “Holiday Season Safety” (that did not mention Christmas at all by the way), I was livid and knew deep inside his statement was just plain wrong.

I ended up writing the report about Ford’s comments for LifeSiteNews. In my report, I also mentioned the fact that our Prime Minister, Justin Trudeau had earlier hinted that Canadians might not be able to celebrate Christmas with family and friends, despite the fact he allegedly broke coronavirus restrictions himself to visit his family this Easter!

Not long after Ford’s grinch like comment about canceling Christmas, Manitoba’s Premier Brian Pallister said he was “the guy who’s stealing Christmas” to keep people in his province “safe” from COVID-19. I covered this story as well, and I remember the feeling of anger growing to the point I had to calm down, which happened after a quick prayer.

In the province that I live in, Alberta, we have until recently been lucky that our government imposed COVID-19 restrictions were mild compared to most provinces. However, make no mistake, even one government-imposed restriction of freedoms is too much in my opinion, so when Alberta’s Premier Jason Kenney announced that all private gatherings of any kind would be “illegal,” I lost it!

I cannot for the life of me accept the notion that Kenney, or Ford, or Pallister or any other politician in any way is doing the right, or legal thing, by banning families from seeing each other during what I consider to be the time of year when God’s graces flow for everyone the most. Let people decide their own risk. Let them live their own life, and yes of course if you are sick, it’s not a good idea to visit anyone, especially an elderly person. This is just common sense that most people know already for crying out loud.

We now know that most people, especially those under 70 and assuming they are healthy, will do just fine should they get sick with COVID-19. In fact, the odds of dying from COVID-19 for a person of my age are very, very slim.

I am not saying that the lives of the elderly do not matter, not in the slightest. Nor am I in any way claiming that COVID-19 is not a real illness that has killed people, it obviously has.  But the fact is, most who are dying in the province in which I live had three or more pre-existing health conditions and were already ill before they died. A total of 76 percent of all deaths reported as being from COVID-19 in Alberta were in persons with three or more comorbidities. You can see for yourself right here if you don’t believe me, on the government’s website! Even more, just 20, yes 20 people in Alberta have died due to COVID-19 with no known comorbidities. Let that sink in for a moment.

Many families have been isolated for months on end, with no end in sight to the COVID madness, which I would argue is a self-inflicted folly that has attacked the faithful’s ability to worship their God without the heavy hand of the government saying they cannot.

I’m not trying to bash our bishops. They have a very hard job to do and I understand that they don’t want to be responsible for an outbreak attributed to a Catholic church. But the reality is, we live in a sin-filled dangerous world with risks at every turn. Life is a risk, and people especially need to be able to attend Holy Mass.

We are mortal beings who can die at a moment’s notice. My brother-in-law died of a sudden heart attack at 38 years old. He left behind a wife, three young kids, and a yet to be born child, as my sister was only a few weeks pregnant when he passed. The last time I saw him was at Christmas.

The obscene invasion of churches by the state through restrictions and closures is an offence against God and an injustice towards the faithful. This is not normal and is not something we can accept.

I urge all Canadian readers, especially those in Alberta, to take the time to watch a video interview between Jay Cameron, a lawyer for the Justice Center for Constitutional Freedoms, and a man who calls himself “The Angry Albertan.”

Cameron spells out in as plain as English as you’ll ever hear why it is important that the public, in a peaceful manner, resist the illegal lockdown measures in as many ways as possible.

So, as one Canadian to another, or to all our readers in the United States and elsewhere, I say this. Go visit your parents, brothers, sisters, in-laws, and all other families of importance this Christmas, lockdowns be darned.

The only way we fight back this tyranny of government overreach is when we as a people say to those in charge that, “we have had enough.”

Some of you may have seen on social media a meme that says George Orwell’s famous dystopian novel “1984” is just that, a fictional story, and not a manual on how to strip people’s freedoms or create a society of Christmas snitch lines, or one where pastors such as the Manitoba Church of God’s Tobias Tissen, are handed massive fines for having the guts to praise the Lord.

As Jay Cameron says in his interview with the Angry Albertan, our constitutional rights as Canadians only matter when we fight to use them.

This Christmas be not afraid and trust in Jesus. Don’t live in fear, no matter what the unconstitutional laws might say.