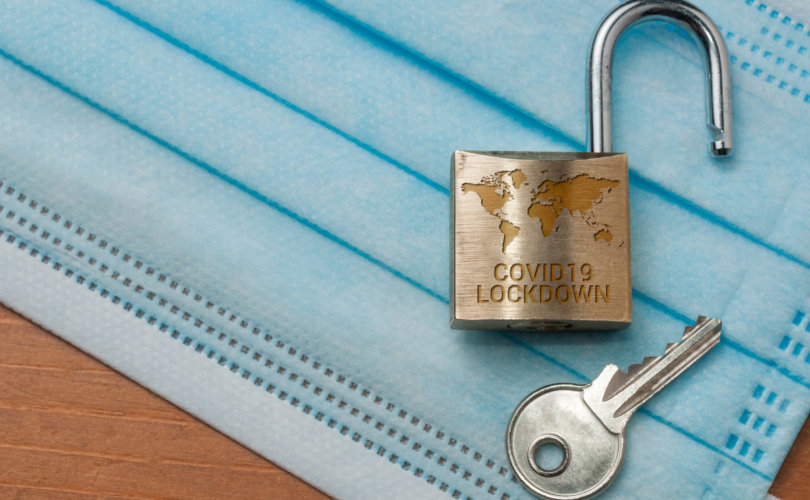 (Brownstone Institute) – Last weekend, an 18-year-old kid slogged a powerful weapon into a Buffalo, New York, grocery store and started shooting people based on race. Thirteen people were slaughtered. His goal was to start a race war, along the lines of the fiction books that inspired his online gurus. He live-streamed the carnage and left a manifesto explaining his motives. His ideology – which has deep roots and has spawned genocides – is the kind of demonic gibberish that unstable kids find on the Internet when they are looking for some mission and meaning in life.

Why might this kid have allowed his brain to become poisoned in this way? He was a high school junior when the schools in his town were closed by government, from March 2020 through September at the earliest. That cut him off from peers and normal social life and the civilizing effect that they have. He lived online in isolated loneliness.

He admits this in his revolting “manifesto.”

“Before I begin I will say that I was not born racist nor grew up to be racist. I simply became racist after I learned the truth. I started browsing 4chan in May 2020 after extreme boredom, remember this was during the outbreak of covid…. I never even saw this information until I found these sites, since mostly I would get my news from the front page of Reddit. I didn’t care at the time, but as I learned more and more I realized how serious the situation was. Eventually I couldn’t take it anymore, I told myself that eventually I was going to kill myself to escape this fate. My race was doomed and there was nothing I could do about it.”

These words reflect grave pathology. Recent surveys of people in forced covid isolation have found that some 30% develop strong symptoms of PTSD over the course of weeks. In this case, an already imbalanced kid found personal meaning through his own perceived “race” identity. He invented a sense of belongingness through an imagined artificial solidarity with others of his tribe. The next steps are obvious: the demonization of others who are blamed for his plight, the manufacturing of a mission, and the valorization of his own violent longings. The grotesque ideology he adopted was the replacement for what he lost or never had.

The disruption of closures and quarantines affected millions of others without the same results but the tendency is there: people are robbed of a moral center and a clarity about life’s meaning. In Freudian terms, the last two years provided every pathway for the id (the primitive instinct) to displace the ego, which consists of social norms, social realities, etiquette, and rules when deciding how to behave.

This displacement can leave nothing but instinct fueled by resentment and hate. Along with this comes the search for the “other” on which to blame all problems. Whether that is the racial identity, political deviants, the covid non-compliant, the unvaccinated, or make up any other category, we see the same dynamic at work: the attempt to stigmatize, exclude, dehumanize, and eventually eliminate.

This kid’s behavior is but a sign, a marker, an extreme example of the loss of moral center. It is also a warning. Millions more have been so affected, as we lost two years, not only of education, but also of socialization opportunities. Networks have been shattered. Expectations that life can be stable and good, and always will be, are gone for many among a whole generation. Even the Surgeon General has commented on the crisis for a generation, without of course identifying the most obvious causes.

What kinds of things unleash this Freudian id that is always just beneath the surface? What breaks the barrier created by sublimation? Isolation. Despair. Deprivation. This is linked to a shattering of social bonds (via “social distancing”) and also material loss. These cause hope to evaporate. A happy future starts to seem unattainable, and so there is a loss of desire to work toward that end. Instead, the psychology of reversion takes place: to behave in a primitive, anomic, and violent way.

Freud is a good guide to this tragic process, but to see the other end of the moral spectrum, we can turn to Adam Smith’s masterwork The Theory of Moral Sentiments. It is heavy on the analysis of what it means to feel empathy, and not only to feel it, but to rely on it to the point that our own well-being is connected to the belief that others too are experiencing something like a good life.

What instills this higher sense in our minds? It is the practical experience of depending on others and finding value in their labor, productivity, contribution to community life, and coming to see our own well-being as bound up with the fate of others. This is what the market and socializing encourages: the gradual recognition that others, and indeed all people, are worthy of being treated with dignity and respect.

The universalization of this sense is never complete, but as civilization and prosperity grow, we make progress toward that end. This is what grants us ever better lives. Without it, we can very quickly descend into barbarism in the way The Lord of the Flies describes. This is particularly true in the volatile years of youth, when the search for meaning is active and the mind is malleable in both good and dangerous ways.

Take away community and you take away the thing that instills that Smithian sense of empathy that extends from a conscience trained by socialization. All of this is contingent on a functioning market and social order. Without that, a decline in mental health can lead to violent outbursts and even genocide.

The world can be broken

Like you, I never wanted to live in a society that is devolving ever deeper into moral decay. Along with that is, inevitably, a fall in overall prosperity.

Years ago, I was having lunch with one of the great economists who had dedicated his life to studying economic freedom the world over. He developed the metrics to quantify this progress and ranked countries. I asked him the big question, whether there was ever a chance that in the West we could lose what we take for granted, and find ourselves falling back to ever more primitive ways, eventually losing both freedom and prosperity.

His answer came quickly: there is almost zero chance of that. Markets are too complex, law is mostly good, and humanity has learned the right path. The foundations of civilization are so strong that it would require a mighty effort to break them. People would never stand for it. I was relieved to hear this and went on with my naive ways.

Two years ago, in spring, this confidence in the future was shattered. A friend just now described it to me as a nightmare unfolding in real time, as ruling class elites play willy nilly with sacred rights and liberties, while smashing so much of what it has taken hundreds of years to create.

The results of compulsory closures and shutdowns are all around us. It’s not only about educational losses, falling optimism, declining health, inflation, weakened financials, empty shelves, and shortened lives. Above all else, it is about the decline of society’s moral sense.

We saw public officials engaged in the unthinkable – locking people in their homes, closing schools and churches, shutting down venues for fun and therapy, excluding people from public accommodations based on vaccine status – and that sent a message to everyone else.

We’ve been through more than two years of isolating, segregating, dividing, excluding, and dehumanizing. The message: there are no more rules based on equality and rights. Nothing that we thought matters really does matter. The replacement is not rationality but primitivism and the destructive mindset.

How bad can this get?

Many are now asking the unthinkable: just how bad can this get?

Polls say that the number one concern of Americans today is inflation, a direct outgrowth of terrible pandemic policy. We have examples from history of how forces like inflation can prompt rapid devolution. Venezuela is a good example: a prosperous and civilized country falling into the abyss when the money fails, after which civil society collapses too. Germany and Russia too come to mind. One or two things going wrong can cause a crack in civilized life that exposes whole social orders to the unthinkable.

What’s awesome and terrifying to contemplate is just how many things have gone wrong all at once. The quality of money has taken a huge hit and will likely endure many more years. But we also have a health crisis, a psychological decline, massive learning loss, dependency on government largess, a loss of work ethic, an ideological putsch against basic tenets of traditional liberalism, a revolt against religion, a denial of basic biology and science, a wholesale loss of trust in elites, the valorization of war, even as the administrative state alongside intellectual elites remain firmly in control of the apparatus of power at all levels.

This is an extremely dangerous mix, so much so that it is hard to find historical examples. Our moral sense is getting dulled by the day. We are getting used to rising crime, falling purchasing power, the loss of opportunity, diminished hopes for the future, rising social chaos, and the normalization of hate. It can happen gradually and then all at once.

Over two years, our friend networks have been shattered, our communities broken, small businesses beaten, and many of our leaders have been co-opted into a machinery of corruption, while the censorship of open dialogue about the causes and consequences is intensifying. The tools we thought would save us and lead us into the light – our laws and technologies – have betrayed our rights, privacy, and liberties.

Perpetual decline and fall is not inevitable. It is fixable but every powerful force out there, especially mainstream media, seems to stand against that. It is all designed to demoralize us and cause us to give up. We cannot accept this fate. There is still time, providing that we understand what is happening and the grave consequences of letting it all take place without a fight.

Reprinted with permission from the Brownstone Institute.