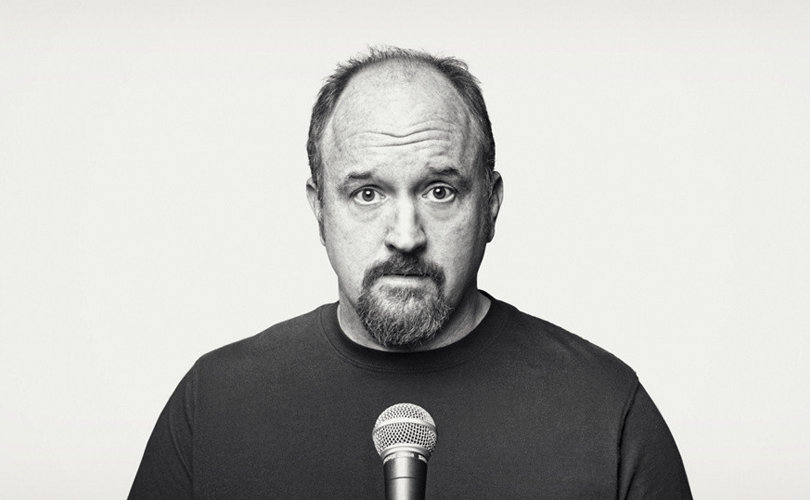 April 6, 2017 (TheBridgehead) — Louis C.K. is crude, misogynist, and profane. While none of those things are particularly unusual for a comedian, Louis C.K. generally attempts to take things to the next level with humor so dark and nihilist that many of his listeners cringe while they laugh. In some ways, he’s the anti-hero who holds up a mirror to society and refuses to allow them their pleasant delusions and paltry self-justifications. He thinks that the human race is a cancer on Planet Earth, and the majority of his scathing jokes are oriented towards pointing that out.

Due to the blasphemous way Louis chooses to deal with many of his topics, he’s not somebody I keep track of. Earlier this week, however, one of my friends gave me a call to tell me that the The Joker of Comedy had decided to tackle a new topic: Abortion. What Louis C.K. had to say on the subject actually shocked me.

Louis C.K., as is typical for him, allowed his audience no illusions. “Either abortion is like [defecating],” he told them. “Or it’s killing a baby. It’s only one of those two things.” He’s right, and this is precisely what pro-lifers are always pointing out: Either abortion is no moral consequence, or it is of the utmost moral consequence. It’s either violently killing a human being, or it isn’t. There are no other choices.

I imagine that many members of Louis’s audience were extraordinarily uncomfortable with this choice, as the vast majority of abortion supporters are uncomfortable with the procedure in later stages, and prefer to cloak their scientifically illiterate ideology with comforting terms like “potential human.” Louis got straight to the point: If you’re one of the people who was uncomfortable with saying abortion was like [defecating], he pointed out, then you think abortion is killing a baby. And if you do, you should be outside an abortion clinic protesting. I bet that made a few people squirm. It’s pretty weird to see a pro-abortion comedian calling out apathetic pro-life people, but that’s basically what he did.

Surprisingly, he actually called out his audience on how they view pro-lifers. “People hate abortion protestors,” he noted, his expression indicating he was clearly enjoying the audience’s discomfort. “They’re so shrill and awful! They think babies are being murdered! What are they supposed to do? Well, that’s not cool. I don’t want to be a d*** about it though. I don’t want to ruin their day as they murder several babies all the time.” Louis C.K. seems to understand this even better than many pro-lifers do: If babies are being murdered, then shouldn’t our reaction to this fact be a desperate attempt to save as many of these babies as we can? And shouldn’t we care more about rescuing babies from being killed than whether or not some people are made uncomfortable when they’re confronted with the ugly truth?

Louis C.K. closed his little abortion monologue precisely how you would expect him to: By saying that he’s pro-abortion, because even though abortion “definitely kills a baby,” he thinks women should have the right to do so. Increasingly, this is the pro-abortion position: Dark, ugly, and up front about it. The laughter of the crowd during a comedy riff on killing babies was a chilling soundtrack to how far our Culture of Death has progressed. But still, there it was, in a profane comedy stand-up routine: The brutal truth about abortion. It kills a baby, and if that fact makes you uncomfortable, you should be doing something about it.