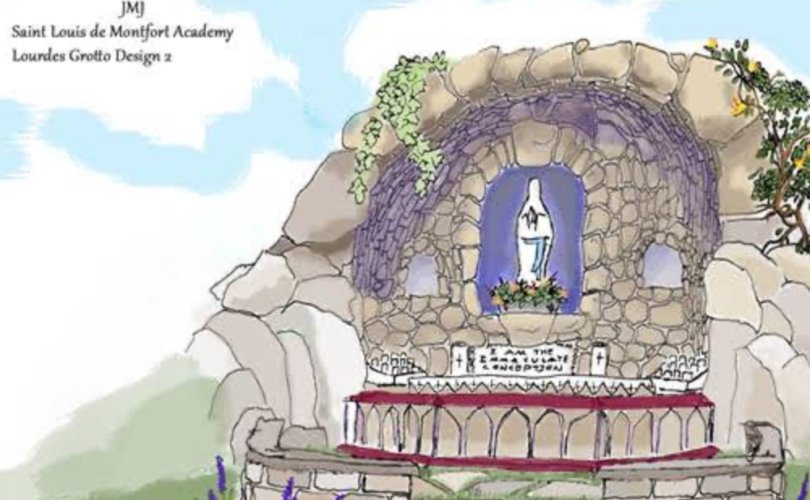 (LifeSiteNews) —The right and left usually have very defined positions. The right defends, for example, private property, police, border security, and gun rights. The left’s concerns include economic equality, critical race theory, immigration, and gun control. Arguably the most significant contrast between these two sides lies in the abortion debate. The left is overwhelmingly pro-abortion.

Father James Martin, however, is looking to change this.

In 2019, the well-known American Jesuit penned an article in America magazine entitled “Why I am Pro-Life.” The magazine’s editors recently re-featured the piece, perhaps because the abortion debate has intensified following the Mississippi law that challenges the infamous Roe v. Wade decision.

The article employs many phrases attractive to pro-life advocates; they immediately stand out. Martin describes the life of the unborn as “precious” and “at risk.” He also asserts that the world needs to develop a “respect for life.”  How different these words sound compared to the liberal rhetoric favoring the homosexual agenda, so characteristic to him. Has Father Martin changed?

He answers this question in the article with an anecdote about an encounter at Georgetown University. He was conversing with a woman when his position regarding abortion came up. The woman expressed surprise, which he claims surprised him. It was because he also advocates for causes “usually championed by those who identify as politically progressive.”

To Martin, pro-life means merging all these issues into one contradictory ideology, reconciling traditional and “non-traditional” life issues. His motive for developing an impossible “coexistence” is suggested when he states that “many of the women I love, respect, and admire support abortion rights.”

A ‘broader’ version of pro-life

The key to understanding Martin’s position is his broad definition of “pro-life,” which extends beyond the abortion issue alone. He incorporates leftist agitprop with his anti-abortion position. The unborn are only one among many different groups he believes need to be defended equally by activists worldwide.

His article defines a pro-life movement that would defend these threatened people:

Thus, he summarized this indiscriminate defense of life as “valuing all life,” which takes on a class struggle tone that blames all suffering on social structures and not on personal responsibility.

Martin adopts a “seamless garment” approach to the pro-life issue. This theory is based on the Consistent Ethic of Life statement of Cardinal Joseph Bernardin, the late Archbishop of Chicago known for advocating ecumenism and establishing an AIDS task force. The approach holds that all “life” issues should be treated with equal importance and application, which naturally minimizes the significance of the abortion issue.

Martin argues that the seamless garment approach is misunderstood. The defense of these other social issues and the unborn will not weaken but strengthen one another, he says. Thus, he proposes a redefining of the pro-life movement.

“Perhaps it is time to expand our understanding of what it means to be pro-life,” he says as he notes that “many thoughtful people who proposed other ways of framing the discussion: ‘Whole Life,’ ‘One Life,’ ‘Every Life.’ These may be some helpful ways forward.”

This proposed alternative to the current pro-life movement attempts to unite an irreconcilable conflict between virtue and vice. The defense of the unborn involves saving innocent lives. Some of the other issues mentioned encompass saving lives in need of reform and conversion. Yet other issues are politicized by the left to fit its narratives.

The mixture of all these causes fails to consider sin and the personal responsibility to avoid it. Thus, a seamless garment where one evil is practiced will only lead to its growth in the other. To expect any other outcome is illogical.

— Article continues below Petition —
PETITION: BOYCOTT IKEA for Discriminatory Policies Towards Unvaccinated Workers!
Show Petition Text
36201 have signed the petition.
Let's get to 40000!
Thank you for signing this petition!
Add your signature:
Show Petition Text

Martin’s solution not only contradicts what it truly means to be pro-life but also mocks it. He takes the word “life” and uses it merely in the physical, biological sense of the word. He neglects any mention of the spiritual death that sin and unnatural vice cause.

Pro-life should, above all, lead to eternal life. It should take people away from their sinful ways and convert them. The dangers to salvation by sin are much more destructive than physical harm (much also must be addressed). This misrepresentation of the real problem leads to the spiritual death of countless souls.

Martin’s “seamless garment” approach advocates tearing the link between the physical and spiritual life. This separation cannot be reconciled with a genuinely Catholic pro-life position. This approach, therefore, is nothing but a caricature of what the pro-life movement should look like.

While Martin succeeded in promoting leftist doctrine, he failed to mention what Catholic doctrine calls in response to such an evil as abortion. When Nineveh found itself threatened by the justice of God due to its grave and numerous sins, God left acts of reparation as the sole alternative to destruction. As over 63 million abortions have occurred in the United States since Roe v. Wade, it is evident that our acts of reparation are long overdue.

This importance of reparation was emphasized by the founder of the Society for the Defense of Tradition, Family and Property (TFP), Professor Plinio Corrêa de Oliveira. Using the example of Saint Francisco Marto to reinforce his point, the noted Catholic thinker commented, “His [Saint Francisco’s] mission was purely reparation in the face of the sadness of Our Lord and Our Lady caused by these sins. Reparation was a major part of the Fatima message.”

The Fatima message is mocked by those who paint the world as being “not that bad.” Our Lady’s plea for reparation goes against the normalization of sin, especially abortion. That is why it is so necessary to make recompense for it.

It is for this reason that public acts of reparation, such as the recent March for Life in Washington D.C., are of key importance. They present God with atonement for the sin of abortion as well as encourage others to do the same.

The Saint Louis de Montfort Academy, a TFP-run boarding school for boys, likewise participates in performing such acts against abortion. The school takes its students to various marches and public protests against abortion. A special act of reparation that is currently in progress is the construction of a Lourdes Grotto to be dedicated in atonement for abortion. This project is now in the fundraising stage.

Time to multiply our acts of reparation

With abortion so widespread yet so vulnerable, everyone should be involved in acts for reparation. Any sacrifice, however small, can make atonement for the hundreds of abortions that occur each day. These acts are more important now than ever before.

We live in a time where our acts of reparation could be sufficient to overturn Roe v. Wade. This milestone would greatly impede Satan’s efforts to normalize abortion in America and significantly impact the course of American history.

Jon Paul Fabrizio is a student at the Saint Louis de Montfort Academy in Herndon, Pennsylvania.