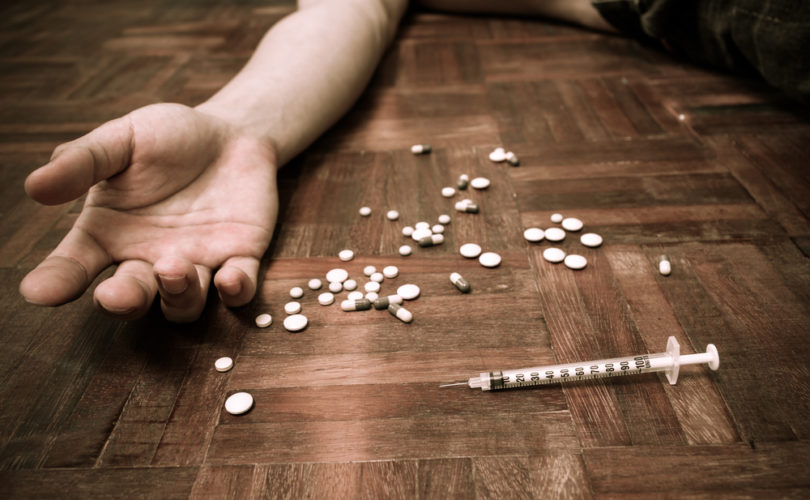 December 18, 2015 (HOPE) — The reality is, a portion of our population will suicide and I don’t think we should make it so hard.”

Who said that? You’re guessing; putting two and two together, noting the author of this article and, hand quickly in the air from the back of the class you yell: ‘Nitschke!’

And you are right. The quote comes from a Guardian newspaper article on the 12th of December – two days ago. And not a word from the suicide prevention agencies. Even those like Beyond Blue and the Black Dog Institute – fine organisations that spoke out against Nitschke in the Nigel Brayley case in 2014 – total silence.

Isn’t the whole idea of ‘prevention’ precisely about making suicide difficult, making it unthinkable? Earlier this year a steel net was built at significant expense into the Golden Gate Bridge to, indeed, make it hard. We do the same for high vantage points wherever a risk is perceived. This is simply common sense. As a society we are motivated towards prevention not facilitation.

Thankfully, not everyone was silent. The Guardian, in that same article, published scathing commentary from psychiatrist and mental health campaigner, Prof Ian Hickie. From the article:

‘The vast majority of suicidal people had an underlying mental health problem which could be compounded or brought on by issues such as social isolation or the loss of a loved one, he said. “I think it is disingenuous to confound issues of voluntary euthanasia and suicide,” he said. “Nitschke has no understanding of mental health and related issues, and absolutely no empathy.

The context of the article is the announcement by Nitschke that he intends to hold a conference on rational suicide in Melbourne next year. Nitschke’s thesis is that not everyone who contemplates suicide is acting from an irrational thought process and not everyone is depressed. The Guardian reports:

‘Now that his medical career is over, he says, he will be pushing to extend the euthanasia debate by pushing the idea of rational suicide, a concept even many supporters of voluntary euthanasia balk at.’

‘He says prisoners serving life sentences and with no eligibility for parole should be given the same option, which he says is an example of rational suicide because they are not always depressed or unwell. Similarly, he says someone who loses their spouse and who decides that as a result, they do not want to live any more, should have the freedom to make the choice to die without being accused of being depressed.’

In these and other examples Nitschke fails completely to recognise any other possible alternative. It suits him and the euthanasia lobby more broadly to continue to deliberately suggest scenarios that have but two options where one is all sweetness and light and the other, diabolical: buy the book, take the pill, pass the law OR suffer terribly for an indefinite period of time.

It’s a trick folks; life is not like that. It’s just a sales trick; a sleight of hand – the stock-in-trade of the snake oil salesman.

After all, this is all about the Exit business model and little more; especially now that Nitschke need not concern himself about what the medical profession thinks since he is no longer in their ranks.

Does it really matter that his claim that Nigel Brayley’s death was a ’rational suicide’ rings hollow after Nitschke admitted on BBC Radio earlier this year that he did not understand Brayley’s reasoning? It sounds like he made it all up, claiming that because Brayley was a suspect in two suspicious deaths that his suicide to avoid possible incarceration was therefore ‘rational’. Ever heard of fear Mr Nitschke? It can make rational beings do irrational things.

Nitschke appears to be extending this notion of rational suicide to the elderly en bloc. The whole ‘fear-factor’ is there in spades. The Guardian reports:

‘Nitschke believes all elderly people regardless of their health condition should be issued with Nembutal, a class of drug known as a barbiturate that proves fatal at high doses, so they have the option of taking their own life.’

The day before The Guardian story he issued a press release asking the government to decriminalise possession of small quantities of Nembutal held by elderly Australians. Why? Because somehow it is all our fault that people who go along to his workshops and who are bedazzled into purchasing Nembutal overseas now fear prosecution for possession:

“Many of those attending had imported the drug illegally, and now wanted to have the purity of the drug to be tested. They were fearful though, that if this were known they could lose the drug and be subject to criminal charges.”

A classic snake oil pitch! A captive audience convinced that there is only one solution to what bedevils them being used themselves as a pitch to further build the business. Would that count as ‘rational’? I expect so if it fits the message.

The suicide prevention organisations need to wake up to this travelling roadshow of fear. The whole notion that euthanasia is about those who have serious or terminal illness is shown for the croc that it is. As Nitschke foreshadows, it is ultimately about everyone and anyone who wants to leave this world for whatever reason, anytime. Each and every one will determine his or her own reasoning which includes, as we know already from the data, fear of future suffering or disability.

Nitschke says that part of what determines rationality in suicide is the capacity for the person to make decisions ‘in their best interests’. How is it ever in a person’s ‘best interest’ to no longer exist? Once essence (or being) is lost, there is no subject matter for this supposed best interest. His argument is pure wind; empty sophistry.

This is precisely why every occasion of a person considering suicide must continue to be treated as ‘irrational’. Otherwise we risk creating a two-tiered response: one that says, ‘no, don’t do it’; the other that says, ‘it’s your business, go ahead’.

Unfortunately, the silence from the suicide prevention sector portends precisely this kind of outcome. It is an intellectual weakness or a lack of courage that categorizes requests for euthanasia or assisted suicide any differently from suicidal ideation. No one is saying that out loud, of course; but the silence screams its name.