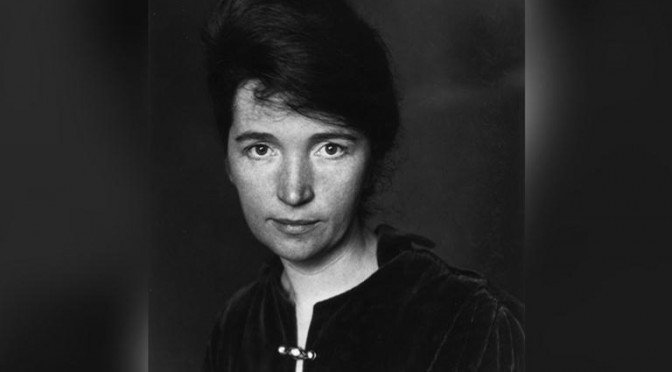 August 4, 2015 (BreakPoint) — Given all the grisly and disturbing news we’ve been getting about Planned Parenthood—which is the nation’s largest provider of abortion, and  presumably, the body parts of unborn babies—would it surprise you at all to know that there’s also a quiet campaign to rehabilitate Planned Parenthood founder Margaret Sanger as a champion of women’s dignity and human rights?

No less a public figure than Hillary Clinton has said, “I admire Margaret Sanger enormously, her courage, her tenacity, her vision . . . And when I think about what she did all those years ago in Brooklyn, taking … attitudes and accusations flowing from all directions, I am really in awe of her.”

In one sense, of course, it’s not news when a pro-abortion progressive such as Mrs. Clinton attempts to lionize Sanger, who founded the organization that became Planned Parenthood. But it sure was news—and created a firestorm—when Christianity Today gave a platform for a columnist to do the same thing. In an online piece, Rachel Marie Stone—while acknowledging that Sanger “did hold eugenicist ideas”—invited us to see the bigger picture.

Stone noted that Sanger actually opposed abortion in her day as the taking of life and said Sanger’s emphasis on providing poor women access to birth control saved countless lives around the world.

Isn’t it ironic, though, that although Planned Parenthood rejected its founder’s position on abortion, it absorbed Sanger’s fully formed racism? That’s because there’s an inescapable logic flowing from Sanger’s racist worldview last century and the naked barbarism we see from Planned Parenthood today.

Sanger wrote about the “deterioration in the human stock” and “the perpetuation of defectives, delinquents, and dependents.” Lest you have any doubt about what this woman of so-called “courage, … tenacity, [and] vision” meant, Sanger was committed to reducing the number of African Americans through contraception. Quoth Sanger: “We should hire three or four colored ministers, preferably with social-service backgrounds, and with engaging personalities. The most successful educational approach to the Negro is through a religious appeal. We don’t want the word to go out that we want to exterminate the Negro population, and the minister is the man who can straighten out that idea if it ever occurs to any of their more rebellious members.”

Isn’t it amazing that a woman who said what Sanger did isn’t vilified more generally as a racist intent on eliminating African Americans?

And here’s another ugly truth behind Planned Parenthood: the disproportionate number of minorities this organization kills and how it sets up shop in poor neighborhoods. According to a report by the New York City Department of Health and Mental Hygiene, in 2012, far more African American babies were killed by abortion—31,328—than were born—24,758.

Meanwhile, the Centers for Disease Control and Prevention reports that in New York City, where my wife runs a pregnancy care center, 78 percent of the abortions in 2011 were to black and Hispanic children.

By the way, one minister who is not going along is the redoubtable Walter Hoye of Oakland, California. Hoye notes that abortion kills more black Americans in three days than the Klan killed under Jim Crow in 86 years. That is the real legacy of Margaret Sanger, and Planned Parenthood. And now you know.