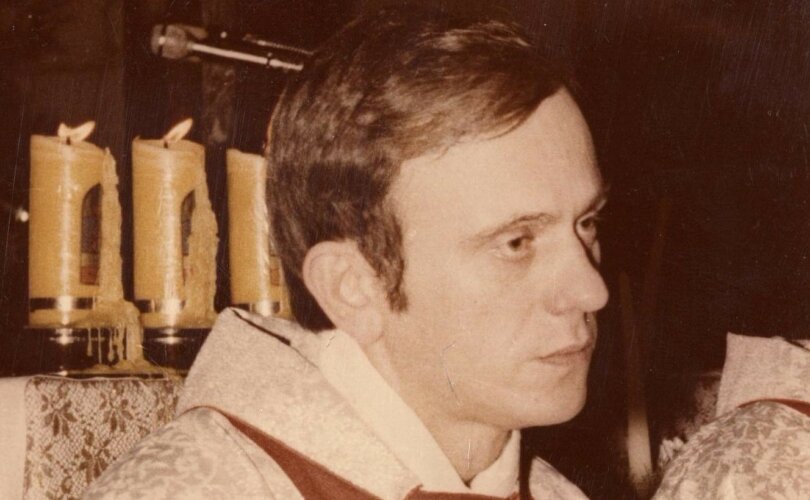 (LifeSiteNews) — On October 19, we remembered the life and martyrdom of Blessed Jerzy Popiełuszko. The priest and future saint was kidnapped by the state secret police while returning from an out-of-town Mass, bound, beaten, tied with a stone, and thrown into a reservoir. One of the reasons his martyrdom for the faith should be particularly relevant to us is that it occurred not in the time of the early Church but in Orwell’s year 1984, when even some Catholics now in their 30s were alive.

Those same 30-somethings and younger generations have grown up in a post-Cold War era in which major wars have been unthinkable and the triumph of liberal democracy was supposed to be inevitable. We have witnessed hardships in the Church, but real persecution for the faith has generally remained something from the history books. Both global geopolitical stability and the prospect of unmolested practice of faith seem now in greater doubt than at any point in our lives.  It is high time to keep Blessed Jerzy’s example close to heart.

A recent article in coastal-elite fodder The Atlantic calls the Catholic rosary an “extremist symbol” and asserts its prayerful Catholics represent a “growing contingent of Christian nationalism,” that last term being an inane rhetorical weapon now used to demean and disregard any faithful person with undesirable views. A Slate article complains Catholic “traditionalists who love the TLM [Traditional Latin Mass] can be deeply toxic.” (Try a Mad Libs experiment with various other religions and forms of worship inserted into that sentence.) It further belittles actor Shia LeBeouf’s “scandalous” recent conversion.

Professing sudden journalistic concern for the well-being of children, two Associated Press investigative reporters published a September hit piece characterizing the confessional seal as a “loophole” to protect child abusers, a narrative the Times of London echoed. It is probably a matter of when, not if, we see in an AP story priests hauled off to jail for refusing to break the sacred seal.

All this rhetoric would have been confined to the fringes of college campuses just a few years ago, but major publications seem engaged in a sudden race to establish their anti-Catholic credentials. Clearly, Catholics, who tend to vote 50-50 in American national elections, are personae non grata in post-Dobbs American sociopolitical journalism. Neither the president nor the Speaker of the House has offered a comment.

As actions speak louder than words, these self-professed Catholic politicians need not say anything. The bureaucratic apparatuses over which they preside are clearly demonstrating the new religious-liberty landscape. Pro-life activist Mark Houck, arrested at his home last month in a dramatic display of authoritarian justice, offers one of the most prominent examples. In a society in which politically privileged Black Lives Matter activists can injure over 2,000 police officers, cause over $1 billion in property damage, and even commit murder with shockingly paltry consequences, a pro-life dad draws a heavily armed FBI squad for shoving a guy who harassed his young son.

“Persecution of the good people is always a sign of the beginning of dictatorship and tyranny,” said Cardinal Gerhard Müller, who recently visited the Houck family home.

It is the sort of tyranny that is unlikely to be reversed through simple measures like “getting out the vote” or attending city council meetings. We likely have crossed a threshold that requires a wholesale resetting of our sociopolitical landscape. Such a reset can take generations. In the meantime, we must ask ourselves: Are we prepared to be martyrs?

It is an uncomfortable question, to be sure. For help with it, we can look to the life of Blessed Jerzy. Committed to the priesthood from a young age, he endured years in a military unit the communist Polish government maintained to break young seminarians of their vocations. The ordeal didn’t diminish his faith, but it caused lasting health problems. As Blessed Jerzy became a nationwide source of hope and the clerical face of the Solidarity movement, the regime arrested him several times and planted weapons in his apartment. The Polish Church hierarchy sought to move him to Rome, and family members in the Pittsburgh area hoped he would join them in the safety of the United States. Blessed Jerzy resisted these life rafts. He continued advocating for truth and celebrating his inspirational “Masses for the Homeland.”

On October 13, 1984, the secret police attempted to cause a fatal car accident involving the famous priest, but the attempt failed. Six days later, they stopped his car on a secluded stretch of highway and abducted him. An estimated 250,000 people attended the priest’s funeral two weeks later; millions have since visited his grave at St. Stanislaus Kostka Church, the Warsaw parish where he ministered to faithful workers.

Today, across Poland and in places with large Polish immigrant communities, one can find monuments dedicated to the memory of Blessed Jerzy Popiełuszko, a martyr of our time. Often, they are emblazoned with the words Zło dobrem zwyciężaj – Overcome evil with good – St. Paul’s exhortation to the Romans, and one of Blessed Jerzy’s favorite messages to his flock.  Now, at a moment that looks particularly bleak for faithful American Catholics, we should find solace in these words and in the lives of the two great martyrs who uttered them.

Michael O’Shea is a visiting fellow at the Danube Institute. He is an alumnus of the Hungary Foundation and Mathias Corvinus Collegium’s Budapest Fellowship Program.  He is a pro-life advocate in the Pittsburgh area.