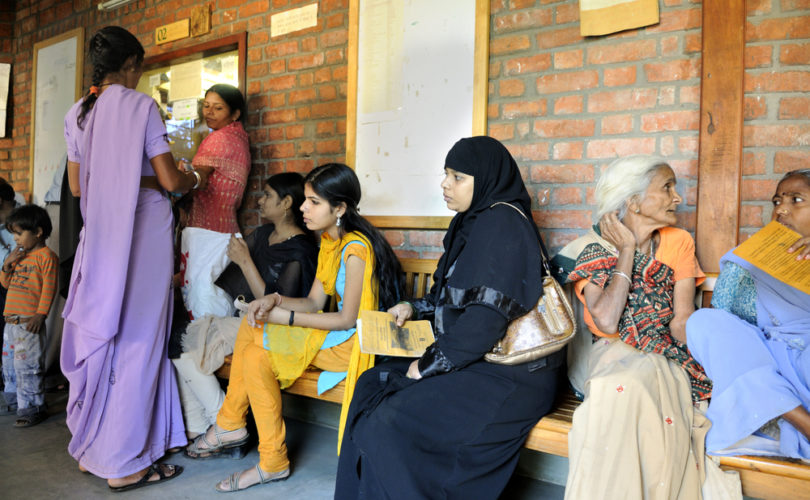 It’s one of those stories that makes anyone with an iota of sense scratch their head and wonder ironically, “What could possibly go wrong?”

India’s government has long been pushing for its citizens to have smaller families. In that quest, the government pays medical personnel for each subject they can round up and get to a government-run sterilization hospital. (Poor people preferred, by the way.) The government will also pay poor folks to be sterilized.

Currently, nine women are dead and 20 more are in critical condition in one of these state-run hospitals after the assembly line surgeries went awry.

The tubectomies were carried out on Saturday in Pendari village in Bilaspur district.

Villagers say 83 women – all between the ages of 26 and 40 – were operated on in just six hours by one doctor and his assistant.

Reports say the women started complaining of pain and fever, soon after being operated on. A relative described the conditions at the clinic as appalling.

“They just operated on them and left them. It’s a desolate place, there are no facilities there,” DR Shinde told the Associated Press.

It appears that either infection or blood loss is to blame for the women’s deaths. While the state has ordered an inquiry, this is not the first time something like this has happened.

In January 2012, three men were arrested in Bihar state for operating on 53 women in two hours. The men had carried out operations in a field and without the use of anaesthesia.

India’s government has a sordid history of promoting mass sterilizations. In the mid-1970s, Indira Ghandi created these sterilizations camps throughout the nation, again targeting the poor.

The forcible sterilisation campaign was based on the premise that these women had no control over their own lives. Thus it was better that the State intervene and decide how many children they should have and permanently eliminate the possibility of their having more than the required number. Needless to say, no thought was given to any medical complications arising out of this assembly line approach to sterilisation. In a country where basic health services remain out of reach for a large majority of the poor, such callousness resulted in women dying of complications that remained unattended. But no one cared. One more poor person had disappeared, and with her the possibility of additional hungry mouths that would have to be fed.

Any government program that forcibly robs families of their right to plan their own future is evil. It violates both the rights of individuals and of families. India’s disregard for human life, especially the lives of the poor, is an offensive paradigm that country must overcome. People’s lives literally depend upon it.

Reprinted with permission from the Acton Institute.