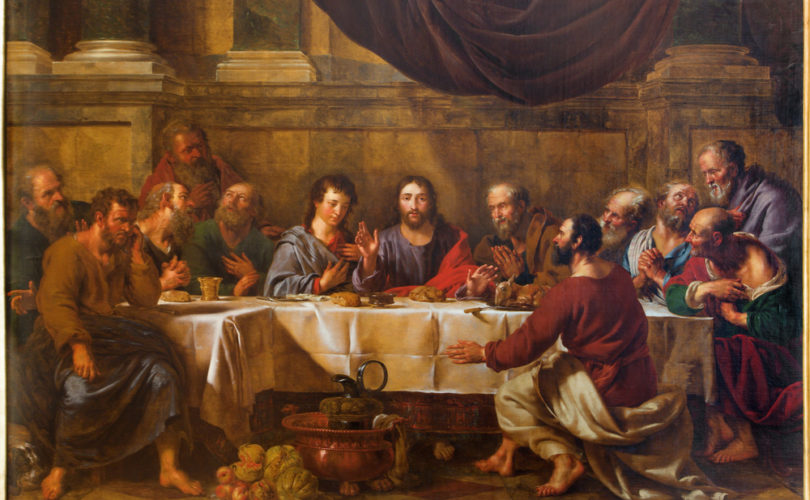 March 24, 2016 (BreakPoint) — “You’re on the wrong side of history.” “Not fully affirming LGBT rights is unloving.” “Jesus loved everyone; why do you hate gays and lesbians?”

The constant refrains directed at proponents of one-man, one-woman marriage warn that to oppose so-called same-sex “marriage” is to be relegated to history’s ideological dustbin along with those who resisted civil rights for African-Americans or the vote for women.

And over the last few years, more and more self-identifying evangelical voices have joined the chorus. Like Rev. Danny Cortez, whose church was expelled from the Southern Baptist Convention, told the Huffington Post, “I believed for years,” Cortez said, “that marriage should only be between one man and one woman. But as I began relationships with LGBT persons, I saw that my beliefs had been destructive and not in line with the teachings of Jesus Christ.”

Of course, the media makes much over any church or self-proclaimed evangelical who declares that they’ve “evolved” on any of the hot-topic issues of gender, marriage, or sexuality.

The most common reason offered by those who do evolve is to avoid being contentious and unloving. Taking a stand for marriage, they say, gets in the way of the Gospel. It makes people feel excluded from the church. We have to reach others, and strong opinions about sexuality and marriage are distractions, and therefore unloving.

Of all the days of Holy Week, today especially demands that we confront this mentality. The Thursday before Easter is known as Maundy Thursday, the day set aside on the Church calendar to remember the Last Supper.

The word “maundy” comes from the Latin word for “mandate,” or “command.” At this first celebration of communion, Jesus gave His disciples what He called “a new command” to love and serve one another. And He demonstrated what He meant by washing their very dirty feet.

Now to fully appreciate this “new” command, we have to remember that at this supper Jesus and the disciples were obeying God’s original command to the Jews to remember the Passover. The Passover meal celebrated God rescuing His people from Egypt, as described in Exodus. For Jesus to have the audacity to offer a “new” command when the old one was so very important in Israel’s history, is astounding enough.

But Jesus went even further. Rather than remembering the redemption of their forefathers from Egyptian tyranny when the angel of death “passed over” homes with lamb’s blood on their doorposts, they were now to remember His broken body and His shed blood, and ultimately, the redemption His sacrifice provided. In Christ’s death, death is not just avoided; it is finally defeated.

Since the mid-twentieth century, the American Church has divided over whether it should be primarily about proclaiming truth or about serving others. But the Lord’s Supper reminds us that this is a false dichotomy. These two things can never be separated. On the same night Jesus commanded us to remember His broken body and shed blood that rescues us from sin (that’s the truth), He commanded us to demonstrate our new life by loving and serving others (that’s the grace). We don’t have to choose between speaking truth and showing grace. In fact, we must not. They always go together.

Thus, we can and we must offer truth. And we must offer grace to all of our neighbors, including those struggling with disordered sexual attractions and gender identity.

The Christian ought to bring truth, love, and service to every issue facing our society. That’s precisely what Warren Smith and I write about in our new book, “Restoring All Things.” It’s filled with stories of courageous believers who are, in fact, preaching the Gospel with both their lips and with their lives.