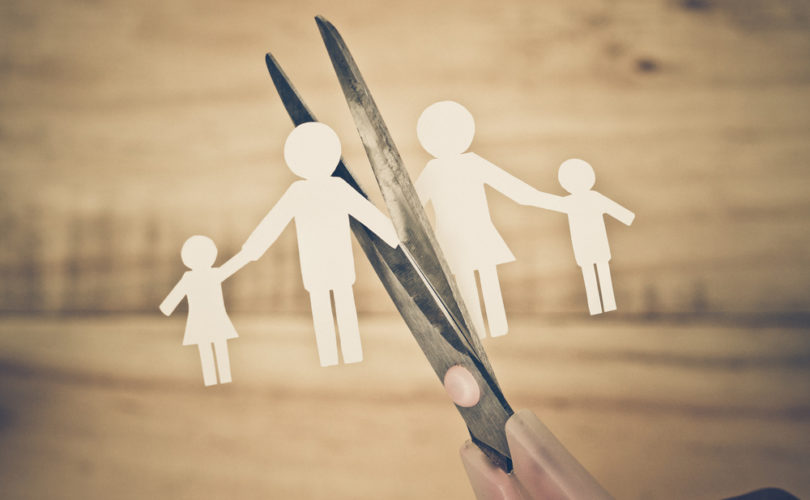 June 4, 2019 (Daily Signal) — June has been declared “Pride Month,” and we're supposed to celebrate those “coming out” and living a “gay” life.

June 12 will mark the third anniversary of the Pulse gay nightclub mass shooting in Orlando, Florida, that left 49 dead. Some will no doubt connect those two things to claim America hates people who have same-sex attraction and to make new demands for affirmation of homosexuality.

But that's not the only lesson one could draw from these events. The media will not tell you this, but in the aftermath of the Pulse massacre, some survivors began to give their lives to Jesus Christ.

Pulse survivor Angel Colon offered this account of his experience:

Besides being active in his church, Colon's “calling” includes speaking out for people who have left the LGBT subculture.

Colon, along with another Pulse survivor, Luis Ruiz, contribute to the Changed project, a compilation of stories from people whose lives have been radically transformed by the love of Jesus Christ.

Elizabeth Woning, one of the organizers of the Changed project, spoke at the Ruth Institute's recent Summit for Survivors of the Sexual Revolution on April 26 and 27 in Lake Charles, Louisiana.

Woning states flatly “women are the victims of conversion-therapy bans.” At the urging of generously financed advocacy organizations such as the Human Rights Campaign, 16 states and the District of Columbia prohibit mental health professionals from therapy that attempts to change their patients' sexual orientation.

While these bans vary somewhat from state to state, many are so broad that they could outlaw the very sort of therapy these women most need — namely, therapy that confronts the abuse that led them to reject their femininity and embrace a lesbian identity.

But you're not likely to hear about Woning in the news media coverage of Gay Pride Month, nor about Colon, in the coverage of the anniversary of the Pulse nightclub massacre.

That's because their stories do not fit the grand narrative:

· Everyone who experiences same-sex attraction was “born gay.”

· “Sexual minorities” cannot change. They can neither live an abstinent lifestyle, nor a heterosexual one.

· Embracing an LGBT identity and a sexually active life is the only “healthy” choice for them.

The experiences of people such as Colon and Woning provide a stark counternarrative to those claims. That's why you won't see them interviewed on major TV shows or featured in puff pieces in major magazines.

In my book “The Sexual State: How Elite Ideologies Are Destroying Lives and How the Church Was Right All Along,” I show how today's LGBT activists have their roots in the Sexual Revolution. The easy-divorce and abortion activists of a half-century ago also rebelled against the natural organic connections between marriage, sex, babies, and the gendered nature of the human body.

Each of those ideas has its own grand narrative.

1. Abortion is harmless, no more traumatic than having a tooth pulled.

The sexual revolutionaries have nothing to say to them.

2. No-fault divorce is good for mature, sensible people who just want to call it quits.

What about the 70% of divorces that have a reluctant spouse, who would like to stay married?

At our summit, we heard testimonies from abandoned spouses who are living faithfully to their marriage vows, in spite of a civil divorce, and in some cases, a Catholic annulment.

They do not care to “move on.” Some refer to themselves as “standers,” meaning they are “standing” for their marriage.

Theirs is a voice of nobility and commitment — and that's something you will seldom hear in the mainstream media.

3. The kids will be fine as long as their parents are happy.

Leila Miller, the author of “Primal Loss: The Now-Adult Children of Divorce Speak,” a compilation of stories from adult children of divorce, begs to differ.

Her stories were bolstered by a number of successful adults who told our audience that their parents' divorce put them through the proverbial wringer.

The kids don't just “get over it,” even though they may appear to be doing OK.

The sexual revolutionaries give the same dismissive reply to all these people: You don't exist. Your opinion isn't real. You are a victim of “false consciousness.” We will not listen to you. We will not let anyone else listen to you.

That's why the Ruth Institute is creating platforms and opportunities for the victims to tell what the Sexual Revolution really did to them.

We will no doubt be hearing plenty of stories about anti-gay violence and the need for more protections for the LGBT community during “Pride Month.” But when you hear those calls, remember there's more to the story than the mainstream media are reporting.

Remember Colon and all the contributors to the Changed project. Think about people you know whose abortion experiences or divorce experience do not match the grand narrative.

They deserve a platform, too.