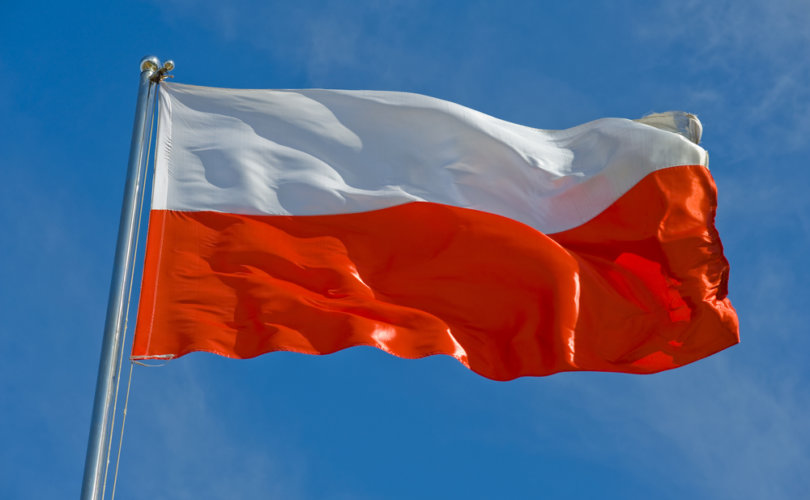 October 4, 2016 (LifeSiteNews) — The European Union has a  condescending tendency to view its newest members like children, and lately it has been treating Poland as a troublesome brat. Thus, the scolding and spanking by EU organizations and their Eurocrats.

From the massive negative media coverage, it is easy to get the impression that Poland is a land without law, democracy and freedom, and that Poles are hostile to immigrants. These perceptions are far from true.

A few days ago, the European Parliament urged Poland to observe the rule of law. Reuters reported on “the country's constitutional crisis,” “the paralysis of its top court,” and the “endangering  [of] democracy and fundamental rights.” Articles of this sort not only exaggerate but also ignore the fundamental source of the problem — namely, that Poland is the site of a political battle, largely started by the losers of the 2015 elections.

EU organizations and the media have been mourning the death of democracy in Poland ever since the left-leaning and corruption-plagued Civic Platform (PO) lost power last year. The more conservative Law and Justice (PiS) took their place, and for the first time since 1989, the socialists did not win seats in the Parliament.

The PiS victory threatened a political establishment that had grown very comfortable with the status quo. It also meant that many politicians lost lucrative jobs. For the government-backed media, the PiS victory meant millions lost in public advertising.

Some attribute the negative press in the English-speaking world to the journalistic connections of Anne Appelbaum, foreign correspondent for The Washington Post and wife of Radek Sikorski, former Minister of Foreign Affairs in the Civic Platform cabinet. They both took part in the anti-PiS demonstrations organized by the so called Committee for the Defense of Democracy (KOD).

But whatever the reason for negative and misleading propaganda, some Poles are trying to push it back.

To correct damaging misconceptions about Poland’s image, a group of lawyers from the Ordo Iuris Institute for Legal Culture visited the United States this month. The organization prepared an English version of a report about the state of democracy, human rights, and the rule of law in Poland. The report covers 12 areas, such as the freedom of speech and assembly, and family and health issues. The full report can be downloaded for free.

The institute defines its work as “defending people and communities at risk of social exclusion because of their respect for the traditional social order and the world of values.” They emphasized that Ordo Iuris is not politically affiliated and was not ordered or guided by any political party. Its work encompasses the protection of marriage between one man and one woman, and the protection of human life at all stages of development. Its most recent report, on 2016 Poland, paints a far less grim picture than typical media portrayals.

In fact, Poland allows a level of participatory democracy seldom seen in North America or other EU countries. It enables a group of citizens to initiate a legislative procedure (a bill) in the lower chamber of the Parliament by gathering 100,000 signatures.

Ordo Iuris explains that such bills reflect a principle of the Polish legal system that recognizes the people as the supreme authority. They also add that during the previous Civic Platform administration, citizens’ legislative initiatives were often ignored by the parliamentary majority and rejected in their first reading, even before substantive parliamentary proceedings began.

One such citizens’ bill will see its first reading in Parliament this month: a bill banning abortion, authored by Ordo Iuris. This is an opportunity for the ruling party to fulfill its electoral promises to protect the life of the unborn, a promise consistent with the Polish culture of respecting human life.

Another casualty of media reporting on Poland is the truth about its response to immigration. Poland not only provided shelter for several hundred refugees from Syria but welcomed tens of thousands of displaced persons from Ukraine, allowing them not only to remain but  to get jobs virtually as easily as if they were EU nationals, the report says. “Just in 2015, Poland accepted almost 800,000 Ukrainians.”

Admittedly, Poland’s legal framework is far from ideal, and the respect for freedoms could also be improved. What’s more, the country is not free of serious problems, namely the risk of depopulation and economic decline.

Ironically, one of the loudest critics of Polish democracy has been the European Parliament, whose “democratic legitimacy” has been attacked by critics of all political stripes. Bullying from the Parliament and other EU bodies will not address Poland’s real problems.

Besides, who wants to talk about freedoms and the rule of law with a bully?