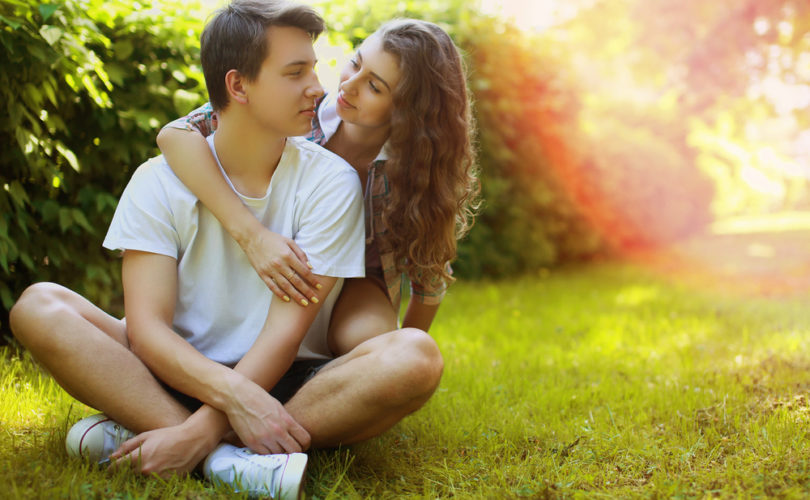 In a new report, the UN focuses on the importance of the world’s youth – with one exception: the unborn.

The United Nations Population Fund (UNFPA) published its annual State of World Population report Nov. 18. In it, the UNFPA revealed an agenda: a removal of “barriers” like parents in order to readily provide contraception and abortions – to teenagers.

Such measures are ho-hum to a media that reflexively opposes anything that gets between a teen and her Planned Parenthood clinic. But Population Research Institute’s Steven Mosher challenged journalists. He accused the media of “cultural imperialism” and accepting a “violation of parental rights” that “endangers the child.”

Even in the organization’s description, the UNFPA’s agenda is clear. UNFPA (funded by American taxpayers) is the “lead UN agency” working toward a “world where every pregnancy is wanted, every birth is safe, and every young person's potential is fulfilled.”

The report focused on “adolescents, youth and the transformation of the future” – or “the power of 1.8. billion” young people living in the world today. The world’s youth, defined as between ages 10 and 24 in the report’s forward, included 600 million adolescent girls “with specific needs, challenges and aspirations for the future.”

“Needs” which, the report claimed, largely rely on access to abortion and contraception.

“Young people require a wide range of sexual and reproductive health services” including “safe abortion care,” read the report. In the name of adolescents and young women, the report complained about “access problems” “in many countries” to a “safe abortion.”

Contraception cropped up too. Adolescents “particularly need” emergency contraception, the report (il)logically argued, “because they use relatively ineffective methods, do not use anything at all, or are more susceptible to coerced sex.”

The “barriers” to these services included age of consent laws – or, in other words, parents. The report read:

Age of consent laws that require adolescents to get the permission of a parent or guardian to use a service, or that limit access to people under a certain age, are barriers to information and services for adolescents.

Because of these “barriers:”

Adolescents who find themselves with an unwanted pregnancy and want to terminate it may be more likely to resort to unsafe abortion knowing that they have to get the permission of their parents or guardian to get a legal abortion.

Or “may be more likely to resort to…” protecting the little human inside?

But that wasn’t a consideration as the report bashed, “these age of consent laws contradict the idea that young people should participate in decisions that affect them in line with their evolving capabilities.” Citing the UNAIDS and the Lancet Commission, UNFPA went so far as to deem the laws as “age discrimination.”

Parents repeatedly surfaced as an annoyance – and obstacle – for the UNFPA as the report highlighted how “social pressures are a strong impediment to young men and women.”

“Young people live within communities, and gate-keepers such as religious and traditional leaders, parents, teachers, and others regulate their access to information and services,” the report read.

One chart even cited “opposition of parents” as an “obstacle” to “achieving progress” in “youth-empowerment” (i.e. “comprehensive and sexual reproductive health services for adolescents”).

According to the UNFPA, “In many countries and many contexts, parents, families, and communities do not respect the emerging autonomy of young people, adolescents in particular.”

The media resorted to other talking points, burying or ignoring the UN’s insulting abortion agenda. Here’s how the media headlines read:

In his correspondence with MRC Culture, Steven Mosher, president of Population Research Institute, reacted to the report. He argued that while the media is “reporting some good things” such as “the power of youth to transform a culture,” journalists “still see people are a problem.”

Mosher accused the media of “cultural imperialism” for not “questioning the radical position that age of consent laws should be abolished.”

Guilty of “medical malpractice,” the media also “isn't questioning the suggestion that emergency contraception should be made available over the counter in developing nations where there is no medical follow-up,” he said.

Instead, the media “is accepting the narrative that teens should have abortion on demand and without parental consent because, teens 'do not use any [contraception] at all.'” He called the move a “violation of parental rights” that “endangers the child.”

“The media,” he concluded, “is not pointing out UNFPA's fundamental disregard for human life” – a disregard “revealed by its refusal to acknowledge the unborn as human.”