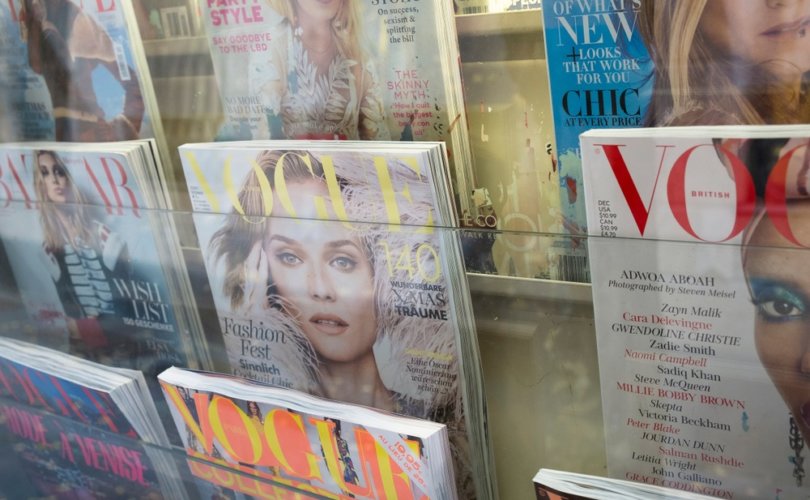 October 28, 2019 (Personhood Alliance) — The movement to legalize prostitution is rapidly growing and right now, the Washington, DC, City Council is considering such a proposal. This movement is also using public institutions to glamorize “sex work” and other immoral lifestyles to our youth and separate prostitution from sex trafficking. Just like abortion, it's sold to women and girls as a ticket to freedom and power, and a harmful, corrupted morality disguised as human rights.

Across the country, there is an alarming trend to decriminalize prostitution. The deceptively titled Community Safety and Health Amendment Act of 2019, being championed right now in Washington, DC, is the latest of many such efforts. If the DC City Council passes this resolution, it will fully decriminalize the sex trade there, including pimping, sex buying, and brothel operations. Similar bills have appeared in New York, New Hampshire, California, Maine, Massachusetts, and Rhode Island.

While so far these proposals have been defeated, the movement to recognize prostitution as legitimate employment is rapidly growing. Perhaps even more concerning, these efforts directly coincide with a broader agenda to use public institutions to normalize, and even glamorize, abnormal behavior.  And who is the target of these efforts? Our children.

In a Teen Vogue article titled “Why Sex Work Is Real Work,” Dr. Tlaleng Mofokeng, founder of Nalane for Reproductive Justice, explains to teenage girls why she believes prostitution should be decriminalized throughout the world. Another article, written by Katie Fisher aka “Kitty Stryker” — who was formerly prostituted and performed in porn films — advises teens that anti–sex trafficking bills make prostitution more dangerous. She claims that sites such as Backpage, where individuals (often minors) were being trafficked by pimps who sought out customers, are unjustly targeted by these laws. Savannah Sly, a career sex worker, gives teens insight into how power and sex relate.

Abortion is openly celebrated, and teens are encouraged to support Planned Parenthood by purchasing a hoodie with a near-pornographic design and the slogan “don't f— with my freedom” emblazoned on the front.

Teens are not the only ones being targeted. Children of all ages are encouraged to accept the unnatural as normal and good. Nationwide, we see the rise of drag queen story hours in public libraries, schools, and bookstores. Meanwhile, the drag kid phenomenon is championed by our media and entertainment industries.

Why is sex being sold so fervently to kids? And since when are sex workers and drag queens appropriate role models for our youth?

Perhaps drag queen Dylan Pontiff inadvertently answered these questions in defending drag queen story hours when he openly stated, “This is going to be the grooming of the next generation.”

Grooming children through the schools

Controversial sex-education programs are inundating our schools. California recently approved the 2019 Health Education Curriculum Framework for California Public Schools to align with the Healthy Youth Act of 2016. This curriculum encourages discussion of a wide range of progressive social issues, including gender identity, LGBTQ relationships, and transgenderism, beginning as early as kindergarten. Heralded as a “beacon of hope” by LGBTQ activists and a “forerunner” for other states to follow, proponents are hopeful to see similar curricula implemented across the nation.

Parents and teachers in California have protested the new program due to its sexually explicit content, but their complaints have gone unanswered. Conveniently, Planned Parenthood offers resources on its website to help school districts comply with the new requirements, as well as a fee-for-service program to provide instruction from “trusted reproductive health workers” at local schools.

Why such a focus on sex?  And why is prostitution being glamorized by Planned Parenthood?

From grooming to the real world

Besides the obvious answer — that Planned Parenthood is once again implementing its immoral business model to increase its customer base, advocates like Planned Parenthood claim that “Sex work IS work” and therefore, people who work in the sex industry deserve the rights and protections of any other job. This idea has gained traction in recent years, through Planned Parenthood's campaigns to youth and with presidential candidates Senator Kamala Harris of California and Senator Cory Booker of New Jersey voicing their support.

The stated goals of decriminalization efforts are to improve safety and work conditions, to increase access to health, legal, and social services, and to eliminate discrimination on behalf of individuals working within the sex industry.  Tawanda Mutasah, Amnesty International's Senior Director for Law and Policy, explains:

Sex workers are at heightened risk of a whole host of human rights abuses including rape, violence, extortion, and discrimination. Far too often they receive no, or very little, protection from the law or means for redress.

Organizations that support the decriminalization of prostitution include Amnesty International, the ACLU, and the World Health Organization, among others. They all cite keeping workers safe, erasing social stigma, and guaranteeing privacy rights to be among their objectives. They advocate for “sex work” to be governed by standard labor law, thereby giving workers protections and benefits similar to those they would find in legitimate employment.

But is decriminalization the answer?

Decriminalization advocates seek to differentiate sex work from sex trafficking. This is a critical argument that's being made to normalize prostitution and separate it from the public's strong opposition to trafficking — in particular, domestic minor sex trafficking.

A key point of this separation argument is that not all sex workers are victims and that many are in the sex industry by choice. But is prostitution really a choice?  One could argue that a person “chooses” prostitution the way an animal in a trap “chooses” to gnaw off its paw. In other words, people sell their bodies and their dignity when all other choices have been taken away.  This video by Exodus Cry helps put this into perspective.

Many advocates claim that decriminalization will make prostitution safer. However, the data actually indicate the opposite. The National Center on Sexual Exploitation states:

There are no independent studies that show normalizing the sex trade by decriminalizing it or legalizing it makes it safer. On the contrary, where prostitution is legalized/legitimized there's an increase in sex trafficking, as demonstrated by an academic study of 150 countries.

Far from being empowering, legalized prostitution leads to further exploitation. In the Netherlands, where prostitution has been legal since 2000, an estimated 50–90% of women are selling their bodies against their will. Legalization in Europe has created an extensive secondary market for minors and foreigners who are trafficked and controlled by organized crime. Some sex buyers want underage girls and boys, and some want services to which workers might object. A BBC investigation found children as young as seven being groomed to sell sex in one of the world's largest legally licensed brothels.

The clear losers here are women and girls, who account for 99% of victims in commercial sex trafficking. Prostitution is not a job. It is a form of violence and a degradation of human beings, and it is a direct violation of their personhood.

Genesis 1:27 tells us, “So God created man in his own image; in the image of God he created them; male and female he created them.” Here lies the foundation of the Judeo-Christian belief in human value and human exceptionalism. Because all human beings are created in the image of God, each person is priceless beyond measure, regardless of external factors such as age, ability, or wantedness.

This truth is the bedrock of human rights, and when taken away, all other human rights crumble like blocks in a tower.

The legalization of prostitution in DC, or anywhere for that matter, violates human dignity and deeply harms everyone it touches — from the people being trafficked to families and society at large.

But just like abortion, it's sold to women and girls as a ticket to freedom and power, and a harmful, corrupted morality disguised as human rights.

Deborah Stilt is the social media coordinator for the Personhood Alliance and has been active in pro-life media for several years. But most importantly, she's a California mom who is fighting against the lies of the culture and for the protection of every human being without exception.