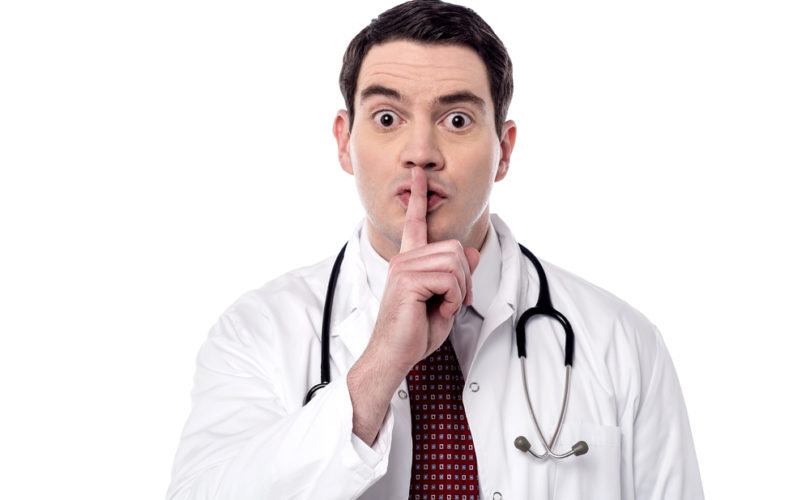 May 29, 2015 (LifeSiteNews.com) — The U.S. House Of Representatives recently passed an act that would prohibit abortions from 20 weeks after fertilization, except in cases of rape, incest or when the life of a mother is endangered. A photograph in the womb at this stage of development is shown on the right.

The legislation states that its purpose is to protect “the lives of unborn children from the stage at which substantial medical evidence indicates that they are capable of feeling pain.” According to the bill's authors, this occurs “by 20 weeks after fertilization, if not earlier.” Media outlets, however, are reporting otherwise. For example:

Just Facts has previously detailed facts from numerous medical journals and textbooks indicating that preborn humans can feel pain from 20 weeks after fertilization or before. While this conclusion does not rise to the level of 100% certainty, it rests upon factually solid ground. To summarize the evidence:

In sum, by about 20 weeks, preborn humans are conscious, and all the organs needed to feel pain are functional. Also, excepting the ability to talk or cry, they exhibit the physical signs of pain common to humans after birth and throughout their lives.

Given these facts, how could media outlets report as they did? The answers to this question are instructive.

In her article, Somashekhar failed to provide any evidence or hyperlinks to support her claim that “most medical experts say” fetuses at 20 weeks can't “register pain as it is typically understood.” On May 13th, Just Facts emailed Somashekhar to ask for proof of this assertion, and she replied, “Sure, but can you tell me how you plan to use my response?” Just Facts answered that it would be used for “a fact check article on this issue,” and Somashekhar failed to reply.

Somashekhar's article and her non-response violate the Post's standards and ethics, which require reporters to “disclose the source of all information when at all possible.” Even if she had provided some source to allegedly prove what “most experts” say, the Post's ethical standards state that “reporters and editors of The Post are committed to fairness,” and “no story is fair if it omits facts of major importance or significance. Fairness includes completeness.” By failing to adhere to this principle, Somashekhar and her editors are flouting the Post's self-declared standards.

Likewise, the New York Times editorial board neglected to provide any evidence to support its claim. Just Facts has written to the Times on multiple occasions about factually misleading statements in its reporting, editorials, and columns, but the Times has never supplied a substantive response. Thus, Just Facts skipped the exercise of writing to them again.

The Times espouses standards and ethics proclaiming that staff members “who knowingly or recklessly provide false information for publication betray our fundamental pact with our readers. We do not tolerate such behavior.” The newspaper also claims:

Whatever the medium, we tell our audiences the complete, unvarnished truth as best we can learn it. We correct our errors explicitly as soon as we become aware of them. We do not wait for someone to request a correction.

Moving on to the next article, Dave Levitan of FactCheck.org is a staff writer whose job is to focus “on false and misleading scientific claims that are made by partisans to influence public policy.” His article on this topic is more detailed and nuanced than the others, but it is still misleading.

Levitan began his analysis with the unproven claim that “published research generally supports an experience of pain being possible only later in gestation than 20 weeks.” As evidence of such, he cited a single paper in a medical journal, an analysis from a medical association, and a statement from a medical association. This is far from the type of comprehensive literature review that would be needed to support such a claim.

More importantly, the central argument of these three sources is at odds with the documented facts of this issue. The argument, in the words of one of the sources cited by Levitan, is that the brain cortex is essential to “perception or awareness,” and a connection from the body's pain receptors to the “cortex is necessary for pain perception.” Since these connections “are not intact before 24 weeks of gestation,” the “fetus cannot experience pain in any sense prior to this gestation.”

Those claims clash with facts from the medical journals quoted above. To repeat:

More details about these sources and their findings are available in Just Facts' research on this issue, but in short, they are far more grounded in verifiable evidence than the sources cited by Levitan.

Eight paragraphs after Levitan began appealing to his three favored sources, he mentioned the above-cited paper from Behavioral and Brain Sciences and then quickly pivoted to a quote from the author, who said that the paper “did not deal with pain specifically.” This is true only in a narrow sense, because the paper states that its core conclusion “has ramifying implications for issues in medical ethics,” including “pain management in children” without a cerebral cortex.

Furthermore, even if this paper said nothing about pain, the above-cited article in Pain: Clinical Updates covered much of the same ground, and it dealt specifically with pain. Likewise, the paper in Fetal Diagnosis and Therapy dealt with pain. By ignoring these sources, Levitan left his readers with a classic half-truth.

Levitan also tried to dismiss the relevance of these findings by writing, “Some experts have indeed argued that some degree of pain perception may not require a cortex, but again, there is no way to confirm this in a fetus.” If the argument that we can't “confirm this in a fetus” had substance, Levitan could have written just that and nothing else. This is because it applies to every aspect of fetal pain, and for that matter, pain in anyone or anything unable to verbalize it. As explained by fetal-medicine specialist Nicholas Fisk, in order to be certain that preborn humans feel pain, “I would need one of them to come up to me at the age of 6 or 7 and say, 'Excuse me, Doctor, that bloody hurt, what you did to me!' “

In other words, Levitan raised an impossible standard that distracts the fact that the sources he appealed to are likely wrong. As Fisk noted in a 1999 article in the British Journal of Obstetrics & Gynaecology:

To address the question of pain in the fetus, one must use indirect evidence from a variety of sources, and then make an informed guess. This approach is similar to that which we use with animals. We cannot ask animals how they feel, but infer from a variety of indirect approaches including study of their behaviour, anatomy, and physiology.

Also, throughout his piece, Levitan used a common form of propaganda that portrays facts as opinions. He did this by placing facts into the mouths of pro-lifers instead of plainly reporting them as facts. For one example of many, he wrote that a pro-life member of Congress “claimed a 2007 paper in the journal Behavioral and Brain Sciences 'demonstrated evidence that children born missing virtually all of the cerebral cortex nonetheless experience pain.' ” This is not a claim—but a fact. Levitan repeatedly employed this subtle form of propaganda in his article.

The facts that Levitan downplayed, ignored, and dismissed were published in medical venues for clinical purposes. In contrast, all three of Levitan's preferred sources explicitly state that they were written in the context of abortion politics. Moreover:

Levitan failed to reveal any of this, while he simultaneously placed objective facts from medical textbooks and journals into the mouths of pro-lifers.

The falsehoods exposed above, whether basic or sophisticated, illustrate ways in which reporters and commentators mislead their audiences. Putting this media bias aside, the vast weight of scientific evidence points to the conclusion that preborn humans feel pain by around 20 weeks after fertilization or earlier.