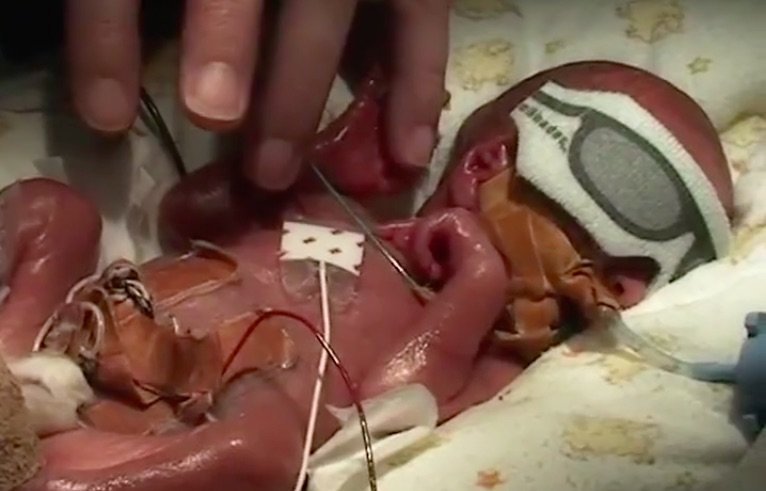 April 6, 2017 (LiveActionNews) — Last month, The Center for Medical Progress released its latest undercover video in which a former Planned Parenthood abortionist (who now operates her own facility) admits to killing 24-week old babies.

In the video, DeShawn Taylor, the Medical Director Emerita of Planned Parenthood Arizona and former abortionist at Planned Parenthood Los Angeles, casually admits to performing elective late-term abortions and even goes so far as to explain the “technique” she uses.

“I go up to 24 weeks… Most of my – most of the patients that come to me are elective,” Taylor said.

Taylor goes on to brag about the two scheduled abortions she has set for the coming week, as if killing innocent preborn lives was no big deal. “This week coming up, I have a 15-weeker on Tuesday so far. I have a 20-weeker starting on Thursday so far.”

While Taylor may be aware of her weekly abortion schedule, is she aware of all the babies who are born at 24 weeks gestation and survive, even when odds are stacked against them?

Stories like Francesca’s are proving that late-term abortion prevents viable babies from having a chance at life.

In the U.K., abortion is legal up until 24 weeks of a mother’s pregnancy. Francesca was born just two days after the cut-off date, where some doctors may not have been willing to help save her life. According to Live Action News’ Nancy Flanders, “At just one pound, six ounces, little Francesca was so small that her feet were not much bigger than a penny, and her hand was about the size of her mother’s thumbnail.”

Baby Francesca spent 17 weeks in the hospital hurdling over many obstacles, including blood transfusions, meningitis and sepsis, collapsed lungs, eye surgery and kidney problems. Despite her premature birth and overcoming many difficult battles, Francesca shows us that babies born early have a winning chance at life.

Another story tearing down DeShawn Taylor’s callousness for preborn life is that of Baby Amari. Born at 24 weeks and weighing just 15 ounces, doctor’s weren’t sure if Amari would live.

Other stories of premature births at 24 weeks include babies Marlo, Sebastian, Elsie, and Adelaide.

It was once thought that 24 weeks gestation marked the viability of a preborn baby. (Even Roe v. Wade recognized this.) Since time and science have progressed, however, we now know viability can be much earlier than that. Take for example baby Abiageal.

In early March, LifeSiteNews reported on the story of Baby Abiageal who was born at just 23 weeks. After being born extremely early and surviving a major abdominal surgery, Abiageal shows the beautiful results that can come from saving premature babies.

Louise Peters gave birth to her beautiful girl, who weighed only 1.3 pounds. After experiencing a serious complication with her intestines and going through surgery, Abiageal beat every odd against her.

“We only chose to operate because her chances of survival without surgery were so small,” Zahid Mukhtar, Abiegeal’s surgeon, said.

Taylor’s unwillingness to help even viable preborn babies survive shows us that Planned Parenthood’s motives are not focused on women’s health care; the Abortion Corporation is focused on exactly that: abortion at all costs.