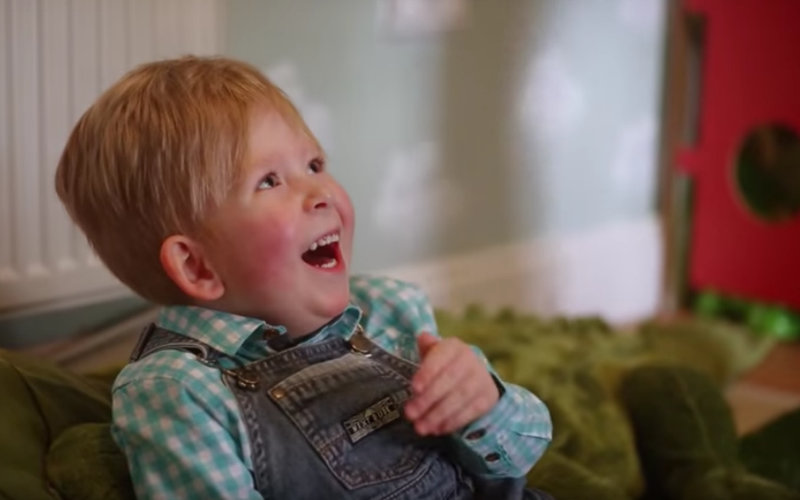 February 28, 2017 (LiveActionNews) — Last year, Live Action News brought you the story of Noah Wall, a little boy with spina bifida who has truly defied all expectations. Noah’s parents found out at three months gestation that Noah had spina bifida, chromosomal abnormalities, and hydrocephalus. Only 2 percent of his brain tissue was present, and doctors said he would die before birth, or shortly after. They were repeatedly encouraged to have an abortion — but Noah’s parents refused.

“We were offered termination five times,” Rob Wall, Noah’s father, said. “It was never an option for us. To me, we wanted to give Noah that chance of life.”

Still, with the grim diagnosis before them, Noah’s parents planned for the worst. They planned his funeral before he was born, and expected to have to say goodbye to their sweet boy soon.

Instead, Noah was born with a strong cry, shocking everyone.

“The first thing we heard when he was born was him taking a breath and then crying, which was unbelievable,” his mother, Shelly, recalled. Noah had to have numerous surgeries and medical procedures, including one to place a drain into his head to clear the cerebrospinal fluid pressing on his brain. Noah quickly shattered every boundary his doctors had placed on him.

Over time, Noah’s brain grew. By age three, he had 80 percent of a normal brain, and his family continues to work to aid his brain development. His spina bifida has left Noah paralyzed from the chest down, and he required the use of a wheelchair, but that hasn’t slowed him down. Now, Noah is attending school and can even count to 10, and can talk as well as read.

Noah, the little boy doctors predicted would die shortly after birth, is not only still alive against all odds — he’s thriving. In the documentary “The Boy Who Grew A New Brain,” Noah is shown to be an active, happy, and remarkably empathetic boy. (In one scene, his mother cries while she attaches his braces, and Noah responds by asking her if she’s all right.)

It’s even possible that Noah will walk one day, despite his current paralysis. He’s had numerous operations on his hips, which may enable him to become independently mobile. “We’re determined that Noah will be able to walk,” Noah’s dad, Rob, said. His neurosurgeon, Dr. Nicholson, wisely acknowledges that Noah has a lot to teach physicians around the world. “He teaches the medical profession that you can’t ever know,” he said.

The sad truth is that the Walls’ doctors initially gave Noah no hope of his leading a fulfilling life. They repeatedly tried to pressure Rob and Shelly into having an abortion. They decided his life was not worth living, even before he had a chance to prove them wrong.

Thankfully, his parents refused, and Noah should be a reminder to everyone that life with disabilities does not have to mean a death sentence. Not only was Noah given the gift of life, but he can also potentially help countless other people with disabilities.

Doctors are now studying his brain to learn more about spina bifida, which could hopefully help other people with the birth defect down the road.

None of this would be possible if Noah had been aborted.