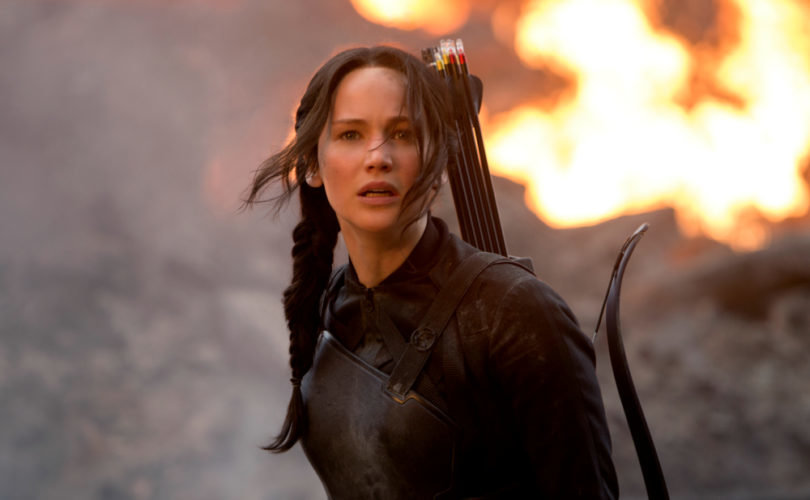 November 25, 2015 (LifeSiteNews) – It’s no surprise that yet another Hollywood star is mouthing the usual liberal platitudes, but the fact that this time around it’s Jennifer Lawrence, a mega-star and lead in blockbuster series Hunger Games, brings a particular sting of disappointment.

That’s because the 25-year-old, effervescent and immensely talented star often comes across not only as very likable, but also as someone capable of independent thought.

Or at least not when it comes to Kim Davis, the Kentucky clerk famously thrown in jail for refusing to obey a judge’s order that she sign marriage licenses for homosexual couples.

Davis, Lawrence tells Vogue in its November issue, is that “lady who makes me embarrassed to be from Kentucky.”

“Don’t even say her name in this house,” the actress told Vogue writer Jonathan van Meter in an interview that happened to take place the day after Davis was released from her five-day stint in jail.

Lawrence then went on a “rant” about “all those people holding their crucifixes, which may as well be pitchforks, thinking they’re fighting the good fight.”

She was brought up Republican, she told van Meter, “but I just can’t imagine supporting a party that doesn’t support women’s basic rights. It’s 2015 and gay people can get married and we think that we’ve come so far, so, yay! But have we? I don’t want to stay quiet about that stuff.”

After conjuring up images of Christians as bug-eyed hillbillies on a witchhunt with her reference to “crucifixes as pitchforks,” Lawrence added darkly: “I grew up in Kentucky. I know how they are.”

Perhaps one should infer that it’s lucky for Lawrence she escaped to Los Angeles and its enlightened culture. That hallowed place where, according to van Meter, Kris Jenner (former spouse of Bruce Jenner, who infamously declared himself a woman) brought Lawrence a cake for her birthday that was shaped like excrement and inscribed: “Happy birthday, you piece of sh*t!”

Lawrence is reportedly now Hollywood’s most highly paid actress. Not only is she the star of the hugely popular and lucrative Hunger Games franchise — the last installment of which, Mockingjay, Part 2 opened November 20 — but she won an Oscar for Silver Linings Playbook and starred in several others since her breakout role in the 2010 moving and moody indie film, Winter’s Bone.

Lawrence has every right to express her opinion, although no doubt it will be given more weight than it deserves. It is unfortunate, however, that she’s chosen to wield her fame, shall we say, as a pitchfork against Christian moral truths.