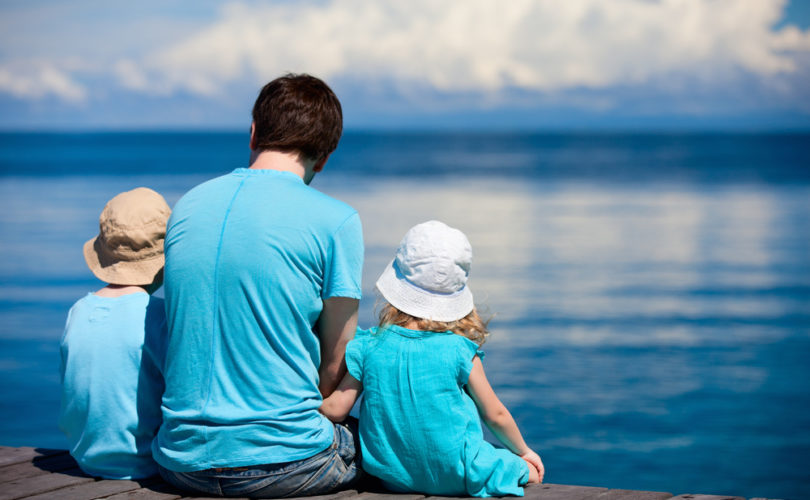 Editor's note: These remarks were delivered at a press conference in Rome today with Cardinal Raymond Burke.

Oct. 15, 2015 (LifeSiteNews) – Speaking as a father of eight children, I am here to defend my children and to challenge fathers everywhere to do the same, to encourage them to stand up and fight for the rights of their children to health and happiness, their right to an upbringing free from abusive and harmful propaganda.

I’m speaking about the current worldwide attempt to impose on all children a sex education that is more properly called sexual abuse than education.  It is being pushed by America, the EU and the United Nations on the developing world under pain of denial of aid, and also upon their own citizenry. Sadly, it is an abusive education that in much of the Western world is aided and abetted by many bishops of the Catholic Church and those in charge of Catholic school education.

How is it abusive?

Firstly, it is originally based on the research of Alfred Kinsey who is known to have overseen research associates who sexually molested children for his experiments.

Dr. Judith Reisman, the researcher who unearthed Kinsey’s treachery told me that using Dr. Kinsey’s research is using “the same psychopathic source who claimed children are sexual from birth, having directed the sexual torture of up to 2,035 infants and children for his so-called ‘data’.”

Secondly what is taught is demonstrably harmful to children. Take for instance the normalization of homosexuality, which is a sine qua non of modern sex education.

Every thinking person knows that homosexual sexual activity is harmful. Secular studies demonstrating the preponderance of sexually transmitted diseases among active homosexuals are too numerous to detail, but looking also at the psychological harm is important. A 2001 government-sponsored study of nearly 6,000 adults published in Archives of General Psychiatry (Journal of the American Medical Association) found that:

Compared to heterosexual men, males who engage in homosexual behavior are:

Compared to heterosexual women, females who engage in homosexual behavior are:

-405 percent more likely to have suffered a substance use disorder

As summarized by the researchers, “[t]he findings support the assumption that people with same-sex behavior are at greater risk for psychiatric disorders.”

Is it thus more merciful to abandon children to these dangers or to guide them to lifestyle choices which ensure healthy lives?

Of course critics would suggest that the mental health problems identified result from societal disapproval or stigmatization of homosexual behavior. However the study was done in the Netherlands, the most tolerant and homosexual-affirming nation in the world. (Sandfort, Theo G.M, et. al., “Same-Sex Sexual Behavior and Psychiatric Disorders,” Archives of General Psychiatry (Journal of the American Medical Association), Vol. 58, No. 1, January 2001.)

For those who would persist in denying even the scientific evidence of harm, perhaps dismissing it as biased, at least they must believe the words of gay activists themselves.

In my country of Canada same sex ‘marriage’ was legalized in 2005.  Speaking years after the passage of same-sex ‘marriage’ into law, Canadian gay rights activist Gens Hellquist explained why he was seeking more government healthcare dollars for the LGBT community. “We have one of the poorest health statuses in this country,” he said. “Health issues affecting queer Canadians include lower life expectancy than the average Canadian, suicide, higher rates of substance abuse, depression, inadequate access to care and HIV/AIDS.”

He concluded: “Now that we can get married everyone assumes that we don't have any issues any more. A lot of the deaths that occur in our community are hidden, we don't see them. Those of us who are working on the front lines see them and I'm tired of watching my community die.”

Thus we can see that even insofar as it normalizes homosexual sex, let alone all other sexual aberrations, modern sex education is truly harmful for our children and as fathers we are called to protect and defend our children.

Parents need the help of the Church now more than ever in defending their rights as the primary educators of their children. However, too many bishops and priests have given in to the demands of secular society and allowed or even embraced this abusive sex education in Catholic schools. They have abandoned families and especially children to the wolves.

My wife and I have made the difficult decision to home school our eight children for the very reason that we refuse to subject them to this sexually abusive sex education in Catholic schools.

We’ve often heard the Vatican blamed for hoarding various treasures which should be shared with all the world.  That nonsensical claim is in one sense true. The real treasures the Church possesses are the truths of Christ – the master plan for health and happiness in every area of moral life. Thus the Church has the key to instruction in sexuality according to the plan of God. The great treasures of Casti Connubii, Humanae Vitae, Familiaris Consortio and of course St. John Paul II’s Theology of the Body are all there ready to be taught.

However, while the abusive sex education has been taught in almost all schools, Catholic included, those treasures of the Church have been withheld from most Catholic school children around the globe.

Why have our shepherds done this? Mostly due to the threat of withdrawal of public funding for Catholic schools, but also out of regard for the societal acceptance and the prestige that entails.

Fathers must now stand up for their families to let our bishops know we will not permit them to barter our children’s spiritual lives away for money and prestige.

It is now time for parents, on behalf of their children to demand our rights as primary educators of our children.

Because ultimately our role as parents is first and foremost to secure the best possible opportunity for our children’s eternal health and happiness.