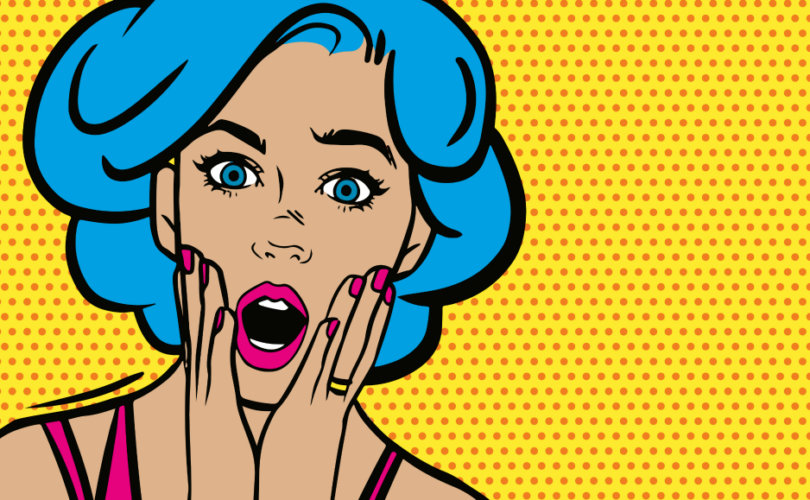 "My eyes widened and I could not stop my involuntary shudder. I slowly looked around the waiting room and no one else seemed visibly shocked."

May 20, 2016 (LifeSiteNews) – I put off my yearly physical for more than two years. This is not like me. I'm perpetually punctual (German heritage: Zee trainz vill run on time!) and a medical nerd, so blowing off an appointment like this was very unusual.

The last time I went for my physical the television in the waiting room was playing a recording of informative snippets about staying healthy. I sat through a brief primer on the importance of mammograms. Then a segment on in-vitro fertilization started. It went into detail about the process of creating embryos in the laboratory and included an interview with a couple using this process to create multiple embryos with donated sperm. My eyes widened and I could not stop my involuntary shudder. I slowly looked around the waiting room and no one else seemed visibly shocked.

But my search for a local pro-life gynecologist was unfruitful, so I kept putting off going back for my physical. It was only an annoying medical anomaly that finally led me back to that office a few weeks ago. The video playing in the waiting room this time did not contain any potentially objectionable content, but I had the courage to mention something to my doctor about why it had been so long since my last visit.

The breakneck pace at which the normalization of sin is occurring in our culture is giving me whiplash. So many shriek for tolerance, what about tolerating traditional values? I won’t hold my breath.

Since becoming Catholic a little more than four years ago I have noticed a distinct shift in what the media presents as “normal.” The media and popular culture have become less inhibited about sharing details that once were considered private matters.  We are encouraged to reveal the most intimate details about ourselves and our lifestyles, and our choices are validated by our peers—especially where those choices are bad. What once would have been embarrassing or shameful is now celebrated. The media has promoted unusual, alternative, and sometimes morally repugnant, lifestyle choices. The further the behavior deviates from the traditional intact married nuclear-family values, the higher the pedestal.

Even before my conversion I paid close attention to the content in the books my children read and the television my children watched. I remember several years ago bringing my then eight-year-old son along to a doctor's appointment of mine and a morning talk show was on the TV in the waiting room. The hosts were talking about orgasms—at 9 AM on a major network morning talk show. I politely asked the receptionist to change the channel, gesturing to my young son. She was friendly and accommodating and immediately switched to PBS (saved by Blue’s Clues!)

Sometime later I had occasion to bring my children along to another appointment of mine and the television at the physical therapy office was playing a cable channel Home and Garden TV. (We didn’t have cable TV, so this was the first time I'd seen this channel.) It was pretty neat. My boys loved watching a show about “flipping” houses for profit and I didn't mind disappearing for 30 minutes of physical therapy while they watched this program. I thanked the receptionist on the way out and was told that the protocol at this office was to only have the TV on sports (ESPN) or HGTV. Great! I loved this! My oldest even talked about construction ideas for our house on the drive home.

Fast forward to last night when I found myself in the same waiting room. HGTV was on the TV. I was sans children and had a long wait, and even though I brought a book, I sat back and watched a show called “Love it or List it,” where homeowners task a designer with fixing their home to make it more livable, and assign a realtor to find them a new house that meets a laundry list of demands. The real competition is between the renovator and the realtor: Who can make the homeowner(s) happier? At the end of each 15-minute segment, the homeowners are asked if they love it (stay) or will they list it (buy the house the realtor found for them and sell their newly-renovated home.) Sounds innocuous, right?

The first segment in last night's episode followed a young, attractive couple (television is a visual medium after all, and pretty people are easy to look at). Their home was already beautiful of course, but they'd lived there a few years and had some ideas about improving the flow, increasing storage space, and making a home office more usable. Off went the realtor to find another location that met their needs, and off went the renovator to tear down a wall and fix this or that to make their current home more lovable. It was fun to watch. At the end, there's tension as the couple are whispering to each other in one room (the viewer can hear them) and the realtor and the renovator are whispering to each other in another room (we can hear them, too). Will they love it? Will they list it? The suspense is killing me! The couple look at each other, then (much to the dismay of the hard-working realtor) they announce that they love it—and they're going to stay. The man then turns to the woman and says (I'm paraphrasing), “I love this place, and I love you, too” and gets down on one knee and proposes.

Alright, I haven't been Catholic forever and of course co-habiting before marriage is very common nowadays, but I was still annoyed that they'd chosen to allow this stunt. (Surely the fellow told the crew and the hosts that he was intending to do this and surely they encouraged and applauded this idea.) I accept that my religious beliefs are counter-cultural, but it wasn't that long ago that a show like this would never have followed an unmarried pair of homeowners on their “Love it or List it” journey.

The next segment featured two lesbians who were looking to expand their house to make room for children.

Then, blissfully, I was called for my appointment.

Upstairs I went for an X-ray. The woman who took my insurance card started chatting to me… about The Pill. She told me that she and her fiancée decided that she should stop taking her hormonal oral contraceptive pills—but she assured me that they’re using condoms—but she wanted to “cleanse” her body, and could I recommend a dermatologist because she thinks stopping The Pill is causing her skin problems.

The breakneck pace at which the normalization of sin is occurring in our culture is giving me whiplash.

So many shriek for tolerance, what about tolerating traditional values? I won’t hold my breath.