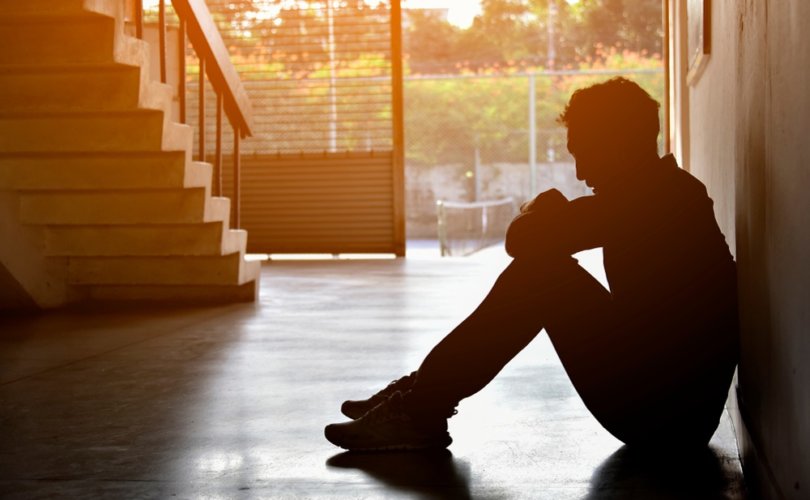 January 14, 2020 (American Thinker) — It is a startling reaction, but LGBT advocates are continuing their campaign to ostracize “transgender” people who want their appearance once again to reflect their sex.

Charlie Evans fits the profile of a “former transgender” who felt shunned by LGBT members and was labeled a “traitor.” She naively set out to help teenagers avoid making the same “horrendous mistakes” she had made when starting to “transition” at age 17. She began living as a boy, binding her chest and shaving her head.

The floodgates to this bizarre phenomenon opened in the aftermath of Evans appearing on a popular cable program, Sky News, in the United Kingdom. Hundreds of “former transsexuals” who (also) “feel like a social contagion,” says Evans, had contacted her wanting to do the same thing.

Evans further enraged leftists by founding a nonprofit that recognizes the extent of the problem spelled out in its name, “Detransition Advocacy Network,” in England. Transsexuals sought out Evans for support, calling from countries around the world.

Pulling back the curtain on Evans's regrets, and those of others like her, couldn't come at a worse time for the LGBT community. They literally can't afford to have hundreds of “retransitioning” transsexuals come between them and their dream of getting more taxpayers to foot the bill for so-called sex change procedures.

Apparently, “former transsexuals” fail to fit their romanticized narrative on how to achieve “gender inclusivity.” Leftist advocates can't be bothered with examining the tragic details of devastated health and ruined lives of transsexuals, but rather must stick with their ideology foisted on the public.

Seeking the gold standard of approval, transgender advocates have prominently displayed the ACLU's statement summing up their economic goal: “A general recognition in America that transition-related care is basic healthcare for transgender people,” reads the ACLU “blog of rights … [and] that no one should be denied coverage.”

Most politicians know which way the ideological argument is going, and they're jumping on board the gender-activist train — and not without your tax dollars.

Massachusetts's former governor Deval Patrick successfully forced taxpayers to subsidize sex-obscuring surgery by expanding Medicaid coverage. Why stop there? Gov. Patrick was lauded by leftists for his state's unprecedented “significant advances” in health care legislation: that translates to mean he has targeted the deepest pockets in the medical insurance industry.

Private health care insurers are now prohibited from denying the claims of members who are suffering from sexual dysphoria and undergoing “sex change” operations, according to the Massachusetts Division of Insurance.

This is the tip of the subsidy iceberg. Oregon and California have led the campaign to offer Medicaid and Medicare (respectively) funds for sex-obscuring procedures.

Now even elderly patients can opt for gender-related health care coverage through Medicare. (Requests are handled on a case-by-case basis, according to the government website.) No doubt, voters can anticipate thousands of pages more of legislation coming down the subsidy pike in 2020.

Taxpayers need to question more than subsidies for sex-obscuring operations; they need to ask whether their politicians are keeping up with serious and lasting risks of transgender procedures.

One physician in Los Angeles addressed the obvious but rarely discussed “dangerous” pre-treatment and surgical regimen. “A patient administered high doses of sex-change [sic] hormones must factor in the potentially catastrophic effects of totally disrupting the body's normal physiologic function,” he says. The FDA has already received 24,000 reports of adverse reactions to cross-sex hormones, which now include puberty-blockers for children who “identify” as the opposite sex.

One world health organization has admitted that sex-obscuring treatments “can cause permanent bodily impairment and are generally irreversible,” according to the World Professional Association for Transgender Health (WPATH).

It's rare, but cases of gender regret are surfacing in the media.

Mike Penner, a writer for the Los Angeles Times, returned to the newsroom as Christine Daniels after surgery. Colleagues were very accepting, even after Mike decided to return to presenting himself according to his true sex. Tragically, the reporter became another transgender statistic. He died by suicide in 2009.

The numbers mounted, according to nonprofit websites. Walt Heyer — who had his sex-obscuring surgery reversed — thinks this phenomenon is far more common than what the public has been led to believe. That is why he launched the website https://sexchangeregret.com.

“People don't fare well in life experience after undergoing gender surgery,” Heyer tells National Review. “So it's always kind of troubling for me why we would pay for something … that is actually [going to] be more harmful than if we left the person alone and dealt with the psychological component.”

His sixth book, Trans Life Survivors, compiles 30 life experiences of transgender regret, capturing the painful experiences of those caught up in today's “transmania.” The most heartbreaking are “survivors” who felt pressured into gender “transition” by social media, political correctness, and even public school officials.

“Blair,” who holds a Guinness World Record for the most so-called sex change surgeries, underwent a shocking 167 procedures. He, and others, are left feeling as though the transgender movement has become a sickening money-making industry.

None of this can be found on the ACLU “blog of rights.”

A note to taxpayers: Generally, taxpayers remain clueless about the costs attached to gender “reassignment” surgery. Procedures now federally subsidized include: basic “male-to-female” surgery ranges from $25,000 to $50,000, including testicle removal, breast augmentation, and genital surgery; and “female-to-male” ranges from $30,000 to $50,000, covering mastectomy, reconstruction of chest, areolar reduction, and genital surgery, according to the Philadelphia Center for Transgender Surgery.