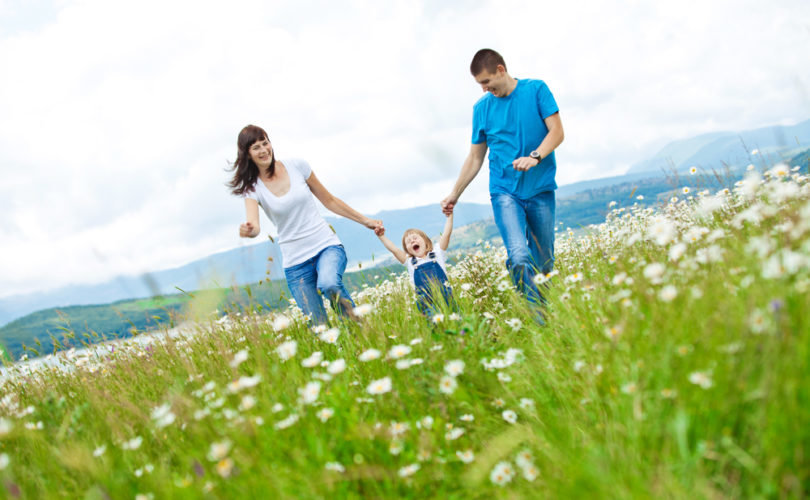 January 29, 2015 (Breakpoint.org) — When I was growing up, no one ever asked what a “family” was. It was assumed that everyone knew the answer. Well, I described just how much, and how quickly, times have changed in my new book with Sean McDowell called “Same-Sex Marriage: A Thoughtful Approach to God’s Design for Marriage.“

Dennis Prager summed it up well when he said, “In one generation we’ve gone from ‘father knows best’ to ‘father doesn’t matter’.” Christians and other traditionalists on this issue will say a family consists of a married man and woman and any kids who come along. Others will say that definition is too restrictive, that a family can be an unmarried man and woman, or a man and a man, or a woman and a woman. Others wonder why we restrict the family unit to two adults at all and advocate a kind of model known as polyamory.

“Who are you,” they pointedly ask us, “to tell people who they can love?”

In the old days, we could point to the Bible as well as the thousands of years of history to support our answer. But what do we do when people either reject the witness of Scripture and history, or willfully change its clear message?

Well, there is yet another source of authority that most of our neighbors still respect. It’s called “science.” And while empirical data are limited in what they can tell us about moral questions such as what makes a marriage, they can tell us a lot about what works in the real world.

And that’s why the findings of Mexican sociologist Fernando Pliego are so interesting. Pliego, a researcher at the Autonomous National University of Mexico, looked at 351 academic studies in thirteen countries on five continents.

According to one summary of Pliego’s research, “The members of … traditional families enjoy better physical health, less mental illness, higher incomes, and steadier employment. They and their children live in better housing, enjoy more loving and cooperative relationships, and report less physical or sexual violence.”

It goes on: “Moreover, when the bonds between parents and children are more positive, drug, alcohol and tobacco use is lower, children are better socialized and cooperative, they commit fewer crimes, and they perform better in school.”

Now this would be old news to Chuck Colson, of course, who worked in prisons for thirty-four years with Prison Fellowship. In fact, every person I’ve ever talked with who works in prison points to the devastation wrought when young men don’t have a father at home. Chuck once said, “Every time I set a foot inside a prison, I see the results of splintered families. So many of the prisoners I talk to tell me about growing up without dad.” Intact families matter.

So based on a huge sampling of the social science data, it is fair to say that the family as defined by Scripture has been proven to be best, if we judge it by its effects on the people involved, based on the many measures of social well-being.

Now it would be easy to take all these 351 studies and bludgeon our opponents with them—after all, by any reasonable measure of the data, we’ve won the argument about marriage. But clearly the data has not won the culture, and that’s because winning an argument is not the same as winning hearts.

As we’ve said before, Chuck used to talk about the gospel being the “great proposal,” a banquet of righteousness, peace, and joy. We don’t impose; we propose. We don’t need to browbeat anyone into the kingdom. In fact, we can’t. So since we’re talking about marriage, let’s invite our neighbors to the wedding feast of the One who designed marriage in the first place.