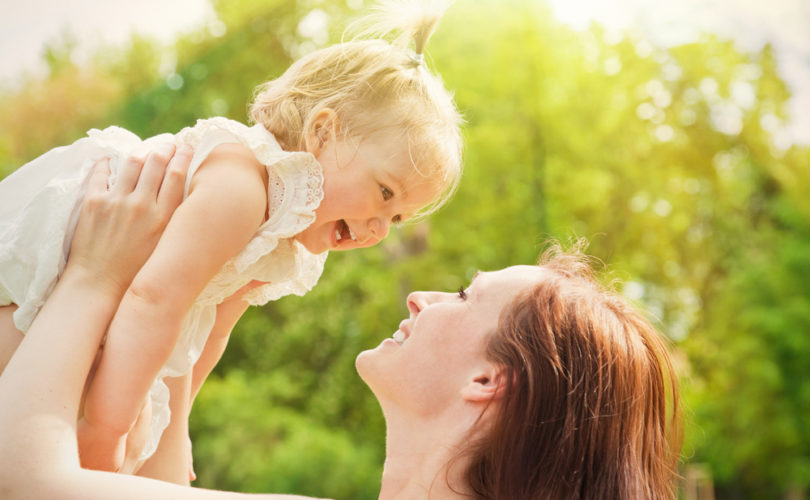 March 26, 2019 (Daily Signal) — The Cut recently ran a piece by Jen Gann, an outspoken, pro-choice mother who details her journey through in vitro fertilization (IVF) and genetic testing as she aims to conceive a healthy child. Her first pregnancy resulted in a son with cystic fibrosis, a life-threatening disease, and what she considers a missed opportunity to abort him.

In 2017, Gann filed a wrongful death lawsuit against her doctors for inadequate genetic testing that she claims would have likely determined her son had cystic fibrosis and would have then provided her the option to abort him.

I responded to her lawsuit two years ago, because this story is very personal to me. Not only because I believe life is the most valuable gift generously bestowed upon mankind, but because I also have a child living with cystic fibrosis.

It pained me, again, to see Gann reiterate in print her desire to end her sick child's life.

Sadly, we see this far too often. The left pushes a false narrative when it comes to human dignity. Masked in the so-called desire to prevent a sick child from suffering, pro-choice activists actually devalue the sickest among us. Their drive to abort unhealthy babies sends the message that those who live with a medical condition are somehow less than or an unwanted burden.

All human beings, regardless of disease, illness, ailments, and deformities, have the right to life. They too are fearfully and wonderfully made. Their value is in no way decreased because of their disease or any subsequent pain and suffering that disease brings.

Inaccurately, Gann's piece focuses heavily on women's empowerment and the amount of influence a woman holds in her ability to make a choice to end or continue a pregnancy.

The reality is that women don't give life — God does. Yes, we have the biological ability to carry a child in the womb, provide it the nutrients needed to grow and the environment to thrive, as well as give birth. But we do not form a child in the womb, knit together its genetic makeup, or will it to live.

Furthermore, despite the feminist movement's desire to vilify men, male DNA is also needed to produce a child. The fact that women carry a child does not make way for absolute female control.

I fully agree that women should be empowered, just like all humans should be encouraged and free to reach their upmost potential. But ending the life of another human is not empowerment — it is the highest form of oppression.

Terminating a child is devaluing its existence and saying it doesn't share equal status with others who are currently living. No matter what reason is given for the abortion (choice, convenience, compassion, etc.), the act erases a human life and the lasting mark it would most certainly leave on others.

The abortion industry also claims to promote empowerment for women, but such “empowerment” is extremely exclusive, limited only to those women living outside the womb. The women growing in utero, on the other hand, are completely voiceless, powerless, and subjected only to the will of others, unable to defend themselves.

To no surprise, not once in the piece does Gann focus on the actual horrors of abortion, the pain it brings women and families, and the emotional toll it can take on a person. Instead, she glorifies it as a normal health care procedure and a thankful option she has if the “perfect” child isn't conceived:

I had a child at home; if, when, this didn't work, I would be fine. Besides, pre-implantation genetic testing isn't perfect. If this embryo's results were discovered to be inaccurate later on, I knew I'd terminate.

This rhetoric normalizes murder in an attempt to make others feel as though it's natural and easy, when in reality that is not the case.

Our society has a major problem if we continue to sit by silently while abortion is used as a tool to erase the sickest and weakest among us. We must not follow the dark path of countries like Iceland and Demark, which have publicly bragged about “eradicating” the Down syndrome gene through abortion.

Every single child, regardless of illness or disability, deserves access to the most basic and fundamental right of mankind, the right to life. And we should tirelessly fight to see that they do.