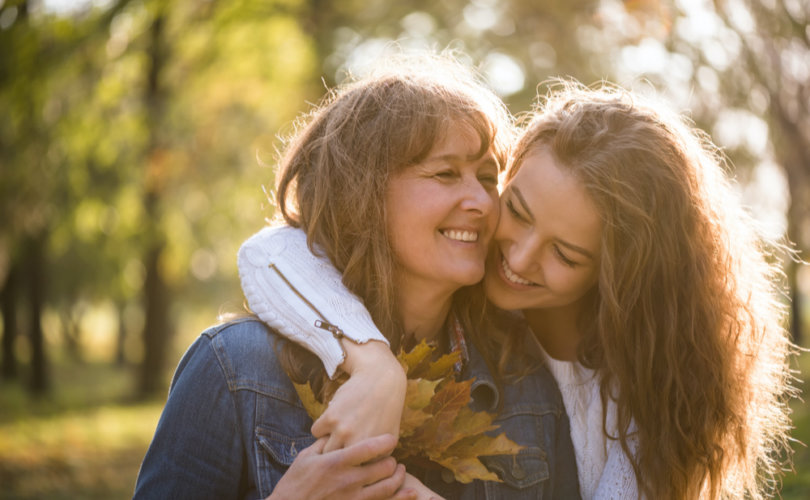 (LifeSiteNews) – There is so much irony surrounding the word “choice.” As we draw nearer and nearer to Mother’s Day, we see stories of not only disdain but denial regarding motherhood and preborn babies.

While the country is awash in news of the SCOTUS “leak” of information about a possible overturn of Roe v. Wade and the handing of the decision regarding abortion back to states, we see mothers shouting — “proudly” they say — about their lack of shame after an abortion.

CNN recently told the story of Arielle Cohen, who had an abortion during college. According to the article:

In 2012, Cohen was a college student at SUNY Purchase—a campus leader with dreams of becoming a writer.

When she became pregnant mid-semester, with only $1,000 left to last her until the end, an abortion felt like her only choice.

“I wouldn’t be the person I am today if I hadn’t been able to get the money together for those two pills,” Cohen told CNN.

So, admittedly, she felt like abortion was her only “choice.” Thus, in essence, she didn’t feel like she really had a choice. It came down to money and lack of support.

And therein lies the problem. Her quick fix — the abortion pill that President Biden has made easily available by mail — resulted in her dead baby. This Mother’s Day, though she is shouting her abortion, she should also remember that she is still a mother — the mother of a dead baby.

Mother’s Day is a time to cherish the women who have been so special and influential in our lives. Maybe that woman is our biological mother, an adoptive mother, an aunt, a grandmother, or even a friend who has shown us so much about motherhood. Or maybe that woman is someone like Arielle Cohen, whose actions help us see the grim reality of abortion, whose actions force us to face the sadness surrounding this tragic act, and whose words spur us to do what we can to teach others the importance and beauty of motherhood.

When we hear testimony like hers, we see just how far our society has fallen into the evil of today. We see just how, in many instances, those who call themselves “progressives” want to follow science in only some scenarios, but they do not want to follow that same science when it comes to the creation of a baby.

As any embryologist will explain, a new human being — with his own unique DNA — is created the moment the sperm fertilizes the egg. Clearly people like Cohen fail to see that abortion kills a baby every time. Clearly she fails to see that motherhood is an immense gift, as is each and every baby. And clearly she has never internalized the beauty and wonder of a preborn child and the fact that killing this innocent human being is wrong.

Instead, she joins the ranks of women like Meg Shurr, who works for the Guttmacher Institute and who is proud of the abortion she had. Shurr believes that “abortion is a human right.” Yet she means only the human mother, not the human baby. She goes on to say:

“The political attacks on our fundamental right to abortion—the right to bodily autonomy, the right to chart our own course in life, the right to protect our health and well-being—are grossly unconstitutional, immoral, disgraceful and pathetic.”

The anger and the disdain for babies and for those who want to protect them is disquieting. There is no “right” to abortion. Yes, it has been decriminalized because SCOTUS ruled in Roe v. Wade that a woman could legally kill her child. But that doesn’t make it right any more than SCOTUS’ ruling in Plessy v. Ferguson made segregation right.

But moral truths do not change. That’s the very nature of them. It has always been, and always will be, wrong to kill a baby prior to birth. The reason for the killing doesn’t matter. A woman is a mother from the time her baby is created.

As we approach Mother’s Day — and possibly a change in the country’s abortion laws — let us all take time to teach our children, our friends, our family, and those in our communities the beauty of motherhood. We do this with our voices, yes, but we must also do it with our actions.

We must support — whether with our time or our treasures — mothers facing crisis pregnancies. We must let them know of the numerous programs available to help them. And we must demonstrate a motherly type of love to all women so they know that they and their babies are valued, loved, and cherished.