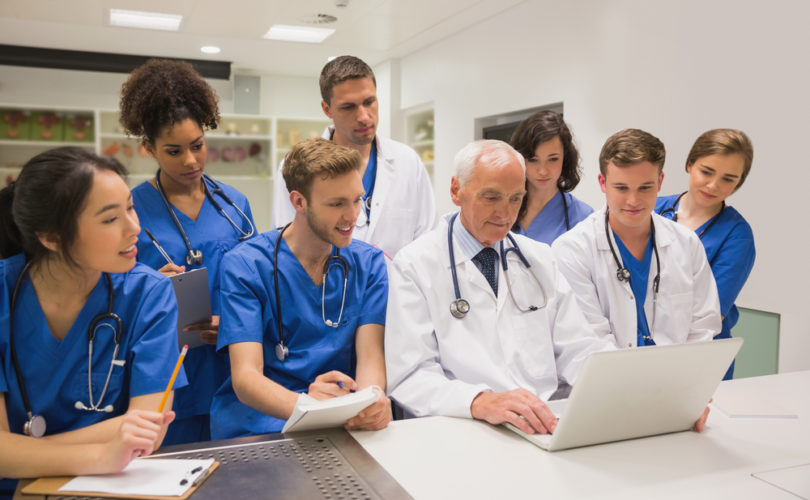 April 15, 2015 (NewsBusters.org) — Hippocratic Oath be damned. Abortion schooling is a must for physicians, according to one MSNBC host.

During her MSNBC’s Lean Forward on April 11, host Melissa Harris-Perry questioned Physicians for Reproductive Health’s Dr. Anne Davis on a North Carolina bill that would prohibit the “basic core skill” of abortion at state medical schools. The two described abortion education as a “core part” or a “core skill” five times during the five-minute seventeen-second interview.

To begin her rant, Harris-Perry whined about pro-life advances this year.

“We're not even one-third of the way through 2015,” she said, “and already more than 330 provisions to restrict access to reproductive services have been proposed.”

As an example, she pointed to North Carolina’s House Bill 465 that would prevent state medical schools from “perform[ing] or supervis[ing] the performance of” abortions.

“If that bill is enacted, the implication for our medical system could be unprecedented,” she warned.

Davis said of the “unfortunate turn of events” that “Abortion is a core fundamental skill that we teach our residents,” Davis said. “My professors taught me, I teach my residents, it's really a core part of the curriculum. So to say that we can't teach core skills to residents and students is really disturbing.”

Harris-Perry caught on to Davis’ “core” language and prodded, “Help people understand why it's a core skill, why it's important for physicians to know it.”

Davis reasoned that abortion “is very, very common.” In other words, if women want it, doctors should know it.

“[T]he idea of not getting to even learn these basic core skills,” she said, “and then add that one to the telling things that are untrue to your patients as a matter of law in terms of saying you can reverse these medicalized abortions.”

Harris-Perry’s comments contribute to her other “imaginings” – from wishing Beyoncé’s VMAs “feminist” sign read “abortion” to proclaiming that today’s Selma March is for “reproductive rights.”